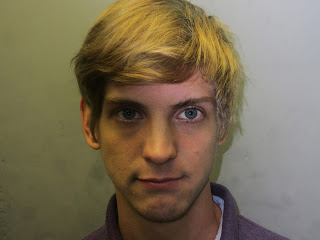 Sheriff’s Detective Bob Dosh was contacted in January by the Chief Executive Officer of a Tennessee company called EnfoPoint Solutions. He said a man named Cole Peacock, purporting to be the CEO of a company called Data Point Systems, with locations in Miami and in the Keys, called him in November about purchasing a large amount of computer equipment. Peacock told him he was starting an internet hub in Monroe County and needed the equipment to set it up.

He said Peacock claimed to have the financing approved for the purchase from his “corporate members”; he allegedly mislead the victim, telling him his company had board members, a tech department, an accounts payable department and support staff. The two men talked about having an engineering team from EnfoPoint Solutions come to Peacock’s business address in Tavernier to do a demonstration and to assist in setting up equipment at his company. Peacock said he would pay with a wire transfer after delivery of the equipment.

Detective Dosh enlisted the assistance of an agent from the Department of Homeland Security; the agent went to the location in Miami where Peacock reportedly said he had a business office. He found that Peacock rented a storage locker at that location where he periodically has packages shipped. He confirmed a package containing computer equipment was shipped to that location in December and was picked up by Peacock.

At the time of this investigation, Peacock was on probation for a previous case from 2013 in which he was convicted on charges related to computer fraud; terms of that probation included no access to or business activity involving a computer and no travel outside of Monroe County except for medical purposes. Multiple warrants were obtained for violation of his probation and on May 17th he was arrested on those warrants. He has remained in jail since that time. Today, he was charged with grand theft and fraud, two first degree felony crimes. Bond on the charges is $100,000. The stolen computer equipment has not yet been recovered.

Crime reports are based on information obtained from local law enforcement agencies / please remember that all suspects are innocent until proven guilty.