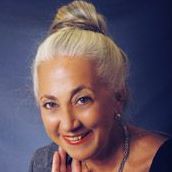 [NOTE:  Commissioner Margaret Romero holds quarterly community meetings that have brought between 100 and 160 citizens together to talk about community issues.  Here is Commissioner Romero’s overview of her May 4th meeting.]

PEARY COURT
There was much frustration expressed that the City Commission had approved the resolution to nominate over $12 million of Land Authority funds to deed restrict that property pertaining to the proposed purchase by a private investor. Many felt there was not enough information to justify such, that “Plan B” seemed to come into play too soon after the voters had strongly voted “no” to the related referendums in mid – March, lack of listening to the citizenry, and being pushed too fast.
I explained the remaining process was:

WORKFORCE HOUSING VS. AFFORDABLE HOUSING RENTALS
A discussion to try and clarify that the two terms are not synonymous. Some very basic differences are:

Affordable housing typically means that monthly rents do not exceed 30% of that amount which represents the percentage of the median annual gross income. Tables are available showing those levels at the low, median, moderate, and middle income levels. Florida Statues indicate that “30%” number includes utilities. The Key West municipal code does not include utilities in the definition. Affordable housing covers more than workforce housing and can include special needs, transitional, and elderly housing.

Workforce housing, in the Key West code, indicates that the person or household shall derive at least 70 % of their total income from gainful employment in the county, with eligibility based of legal residence in the county of at least one consecutive year.

TRUMAN WATERFRONT
Many in the audience are still concerned at the proposed cost, lack of progress, and proceeding with various items not “requested” by the public charrettes. A quick synopsis was YES to trees, benches, open spaces, bathrooms, focus on use by the citizens as a “people’s park”. MAYBE to a restaurant / event community center, mention of the proposed Turtle Hospital to supplement ECO center. NO to water features, amphitheater, and hotels, majority of space devoted to “commercialism”.

Regarding funding of non-profits, suggestions there be pool of money to which all could apply. This would require eligibility, scoring and measurement definitions. Concerns that while many are laudable in their efforts to “provide”, it is unfair that some work tirelessly to raise funds needed with no government support while others seem to be generously rewarded with funds based on emotional pleas with little effort evidenced. Concern was voiced especially for those with paid staff and “directors” as opposed to those with many unpaid volunteers.

UBER
Almost all attendees voiced their support of such a service. I indicated that Uber is not “forbidden” in Key West. It is merely that that service would need to adhere to the same requirements as other “hailing ride-services” and that at this time there are no additional “licenses” available (which is one of the requirements). I agreed to inform of any upcoming meetings which might address related topics.

DOWNTOWN PARKING
This evolved from the Uber discussion – attendees wanted more available parking so that “locals” could have a place to park when wanting to go downtown without circling for 25 minutes and finding nothing, The group appeared to support the currently proposed 2 parking garages – one at Angela / Simonton and the other at Greene/near Simonton. The Angela location was viewed as being used more by locals and the other by tourists.

CITY HALL AT GLYNN ARCHER
A. Question on additional costs of $1.5 million dollars

a. I verified with engineering staff that this was an unfounded rumor. There will be additional costs pertaining to the “re-production” of various clear interior fire walls ( this additional cost is to be negotiated with the builder) and the addition of a second solar array (possible that Keys Energy might contribute for recognition of its participation still – under discussion)

b. This led to discussion of the “blatant” ugliness that the neighborhood will have to endure, how such a structure ever got thru HARC, that the “bleachers” surely did not belong in conjunction with the historical nature of the property, that the solar device didn’t look like anything that was ever shown to the residents (even though’ going green and would be cost saving in future). Another example of misleading the public.

B. Acquisition of the gym/locker rooms

a. Concerns centered around

i. why the school district is not going to recondition and use as originally discussed

ii. how much more is this going to cost the city

iii. how would the city propose to use it

iv. how would the additional use by the city impact the parking situation on site

v. how would additional use by the city impact traffic and parking in the surrounding neighborhood. This in view of a certain number of required car spaces were “traded” for bicycle spaces.

This was an off-shoot of the Glynn Archer discussion — thinking that the rumored $1.5 million cost might have been associated with this possible acquisition. While Keys Energy is offering this to the city free of charge – there has yet to be a definite dollar figure associated with such a “gift” or how the buildings might be used. At the last city commission meeting it was agreed to have an “inspection” performed to estimate integrity/soundness of the building and potential costs to render it available for use.

The majority of the attendees did not seem to favor such an acquisition by the city. Some thought that KEYS should renovate/restore then utilize as a type of museum / historical feature of the city/ education area for electrical related vocations and conservation/sustainability.

LIGHT AT UNITED / WHITE
Concerns were voiced concerning back-ups on the United St. portion with the lights lasting for 28 seconds there and 75 seconds on White. Appears that this has continued since the completion of the Flagler St work.

Community member Carol Schreck took this one on. The result is that Keys Energy dispatched a crew. The light was properly functioning as per FDOT. It appears KEYS makes timing changes based on city or FDOT requests. I made the Assistant City Manager aware of the concern, and to the best of my knowledge it is being handled by his team.

ILLEGAL VACATION RENTALS
Folks are fed-up with it.
Both the City’s Code Compliance Department and the County’s Tax Collector’s office now have dedicated personnel to address this issue. Anyone who suspects illegal vacation rentals can make the following contacts knowing that they may remain anonymous unless they wish to be contacted and provide contact information.

REPAIR OF CITY STREETS AND SIDEWALKS
Attendees asked how they should go about contacting the city for things which may be “broken” or need addressing. Here is where to direct your concerns so that they may be directed to the proper department: webmaster@cityofkeywest-fl.gov

USE OF CITY’S RIGHT-OF-WAYS
Suggestion made that the city needs to inventory all of the users of the public right-of-ways (whether they are built on, fenced in, landscaped) and started charging all users for that use or have it removed. Only some are now paying for the use of these areas.

CITIZENS TRAFFIC CONTROL
Suggestion to look into how another town is using “civilians” who have been given the “power” to give traffic and parking citations which would relieve some of the city’s personnel burden and generate dollars for the city. I will have some feedback on this after I talk to some of our staff to see if feasible in some way.

There were a few more specific recommendations given on the “suggestions” form that I will be addressing individually.