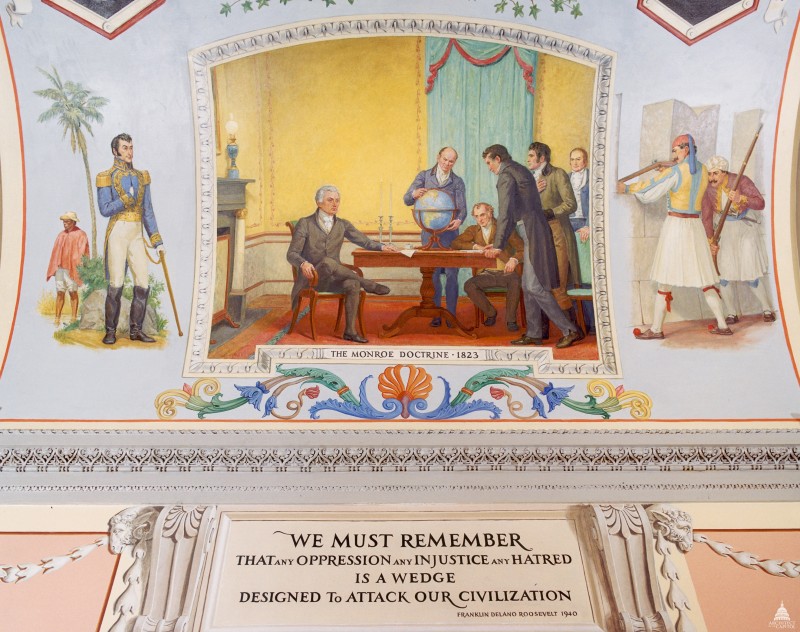 Photo: Architect of the Capital Public Domain via wikimedia 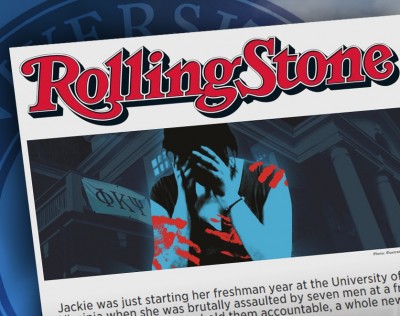 Recently, it became headline news that Rolling Stone magazine’s expose about rape on a college campus was factually inaccurate in almost every way. It turns out Rolling Stone had and their reporter had made no efforts to confirm the “victim’s” story by talking to witnesses or the accused. In the end, the publisher decided not to fire anyone, saying that the humiliation of public exposure was punishment enough.

This highlights a problem that exists throughout American culture; a complete lack of accountability or consequence. Both for this reporter and editor who failed to do their job and the far more serious story of the thousands of campus rapes that actually do occur without repercussion every year. But this lack of accountability is not a problem isolated to this topic. Throughout our culture, inequity of consequences for one’s actions appears to be a serious problem that dominoes into other behaviors. 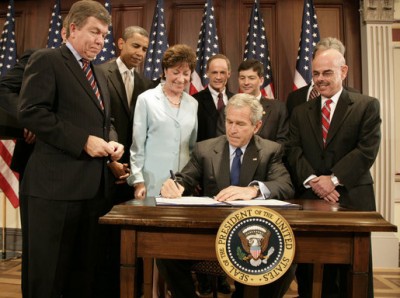 When HSBC was caught laundering money for drug cartels, they were fined the equivalent of roughly one month’s earnings and no criminal action was pursued against any person. Less than 3 years later they are caught up in another financial scandal with the British government. By contrast, in 2013, individuals with drug related charges comprised 51% of the federal prison population. When members of the federal government fabricated evidence in order to initiate the Iraq war, no punishment was ever suffered. A few years later, our government is creating “kill lists” of enemies deserving death absent any due process. Charles Rangel, Congressman from New York, essentially embezzled donations and committed tax fraud yet all he received was censure by the US Congress. Yet every year individuals are sentenced to multiple years in jail and thousands of dollars in fines for tax fraud. 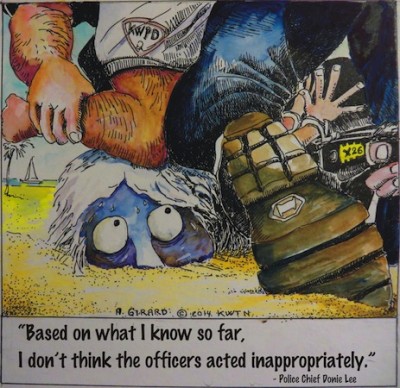 Cartoon by A. Girard

Locally, in Key West, the police were caught on video causing the death of a man in their custody, the only result was a 5 day suspension for one officer and a settlement paid by tax-funded insurance. Recently, a local man was convicted and sentenced for violations of the environmental laws regarding lobster fishing, receiving 1 year in jail and 5 years probation. Yet cruise ships dump thousands of gallons black, grey and bilge water onto a destination in a single day without repercussion.

I am not some starry eyed utopian expecting perfect fairness at every turn. However, the disparity between repercussions for the rich and powerful versus the average citizen has reached outrageous proportions. The list is practically endless. Those in power commit criminal, moral and/or ethical violations and we just watch as they suffer no consequences. Meanwhile smoking minor offenses have severe repercussions for the average citizen.

The design of our government, checks and balances, is not just to prevent any one branch from gaining too much authority, but also to give each branch the power to hold the others accountable. The purpose of our independent judiciary, with a peer jury and defendant rights, is to hold the citizenry accountable, in an equitable way. Yet somehow this system has broken down. The powerful are not accountable at all and the citizenry receives justice by the whim.

According to Gallup polls dating back to 1974, trust in the government has never been lower, for all branches, at all levels. Included within this trend is a rising belief that the public has little influence over politicians who are mostly crooked and don’t care what the people think. 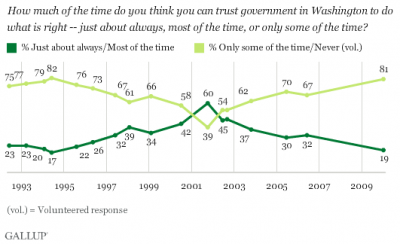 Gallup Poll of Trust in Government
click to enlarge

Simultaneously, or perhaps causally, our government is locking up whistleblowers at a higher rate than any in history, reporters are arrested by US government agencies in Ferguson, at Occupy protests, at political events, and abroad, and they have created “free speech zones” and outlawed protests within the vicinity of a public official guarded by the Secret Service. All designed to limit the traditional venues of government accountability open to the public. On top of which the NSA regularly invades our privacy, making weak excuses about merely storing the data for potential use. In response, the public simply shrugs; too used to betrayal to be surprised or angry.

Lack of accountability for public figures, inequitable justice for citizens, suppression of dissent, domestic spying and loss of trust in government commonly believed to be corrupt; surely this is a recipe for disaster. If our leaders cannot be held accountable for their actions, what results will they ultimately be responsible for?

5 Responses to “Op/Ed: If No One is Accountable…”