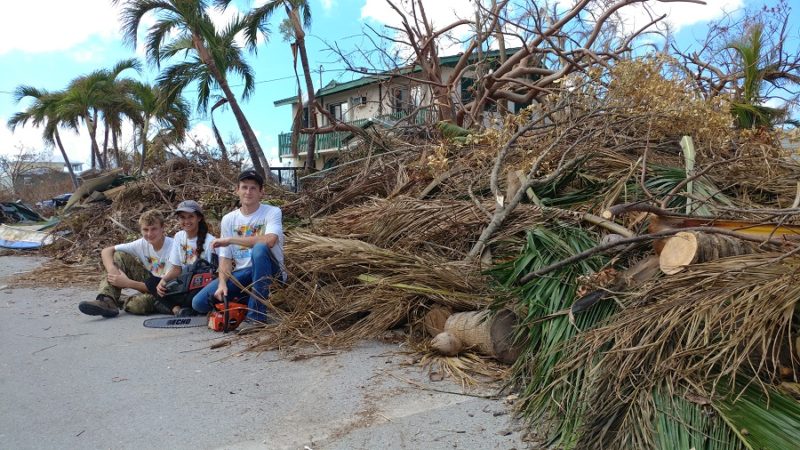 One World One Canvas has seen some of the most beautiful examples of humanity in the past few weeks. We hope you enjoy these stories.

OWOC was notified to help a family in Ramrod Key. When we showed up, although their own house was quite damaged, they asked if we would help their elderly next door neighbors instead. After about an hour the gentleman became a little teary and said, “I have been working for days and I have not broken down, but I think I am having a meltdown right now. It is because we have felt so alone and on our own and you are the first people to stop by and offer to lend a hand; it just made me so emotional. Thank you.”

Another day OWOC helped a couple who seemed a little overwhelmed as they were older and had health issues. The top floor of their house was blown off, the bottom half had massive water damage. The gentleman said this to me: “Thank you. In my youth I volunteered to help in a poor neighborhood; furthermore as a former law enforcement officer, I worked to help convicts get back on their feet. So many times I have heard people say ‘thank you’, but it is not until this minute that I understood what they were really saying. Thank you so much.”

While cleaning debris out of a yard, I found a ring. I handed it to the homeowner, who held it out in his palm, looked into my eyes and said, “This is the first ring I gave to my wife, forty-seven years ago.”

After OWOC recovered a couple of boats, the owner explained how grateful he was because his 10 grandchildren enjoy these boats when they visit.

At another house, the energetic, lovely woman greeted us…”One World One Canvas!!! I know you!! You took a teenager I know to Haiti and Cuba! Thank you!!” She asked us to help cut some trees off of her fence, so she could begin to repair the area that her dog plays in. One of the trees was special to her. She explained that one of her sons had passed away many years ago and she planted this Colby Tree in his memory. We helped her salvage some cuttings which she will be able to replant and keep that tree alive.

A person that we visited told us that she found this sign, out in the forest near her house, right before the hurricane. It says, “All endings are also beginnings, we just don’t know it at the time.” Thinking it was cute, she brought it home. Upon returning to find her precious items smashed and strung about and multiple trees on her roof, fence, and pool; she said this sign is one of the first things she saw and it helped her stay strong!

A Hurricane Irma survivor found some sentimental patches saved from his father; he had forgotten that he even had them. We were able to recover them and it meant so much to him!

We helped delightful newlywed couple on their “honeymoon” cleaning their No Name Key house. What a honeymoon!!!

We gave the Key Deer fresh water and carrots and bananas. The restrictions for feeding them had been lifted because they were having trouble finding food and fresh water post-storm.

A woman we met today had her roof blown off and windows blown in. She was trying to save the few things she has left. I asked how she was holding up. She said, “I have never been happier. I am so filled with joy to know that people are so caring.” As she told her story I began to understand. Recently divorced, she evacuated with her son. In the midst of this stress, her car died. She could not believe it, but her friends and family pitched together to buy her a car. On the way back into Key West, she had $8 to her name; a total stranger gave her $100. “And now,” she said, “while trying to salvage my stuff, your group of thoughtful people just showed up to help clear my lawn!”

One day a whole group of Key West High School teachers joined One World One Canvas and did an awesome job helping KWHS families!!

The most unusual thing we did was move a 185 pound pot belly pig up to his home! Hammy!!!

One World One Canvas was able to pair up with the Vets to the Keys (South Florida Veterans) to aid people in the Keys. This is fantastic because combining our skills, tools and manpower. Together we were able to help over 100 families in four days.

OWOC helped a couple down three trees and moved tons of debris. Over a month since Irma struck and the home they built 20 years ago, was finally accessible again.

One World One Canvas is a government sanctioned charity taking Keys kids to different countries to unite the cultures through ART and provide service to the underprivileged. We have been to Kenya, Haiti, Cuba, Costa Rica, Nicaragua and teens are currently working toward trips to Iceland and Panama! OWOC supports the growth of our traveling teens, as they return with a worldly sophistication, appreciation for what they have and a generous outlook.

OWOC, based in the Florida Keys, has been focusing our efforts in our own community, the same community that has supported us for so many years. With volunteers, we have been helping Keys Families clear paths to their houses. We help make homes safe by cleaning and aiding in the removal of debris. Our service facilitates the feeling that their lives are manageable again and gives love and hope as well as tangibles. And with the help of our donors, we have given relief in the form of clothing, food, medical supplies, cleaning products, and sundries.

One World One Canvas volunteers have given over 1,600 hours of community service for Irma Relief in the Florida Keys to date.  We are committed to continue our work up and down the Keys. With hard work and by sticking together, we will make the Florida Keys beautiful again.

We understand that times are difficult right now. Here are some ways you can help OWOC without spending any extra money.
•       If you do your holiday shopping through Amazon, please go to smile.amazon.com and choose One World One Canvas in the search bar.
•       If you are mailing out Holiday Cards, please try www.picaboo.com/cards-for- causes/one-world-one-canvas.

You will design your own card and promote OWOC at the same time.  Thank you! 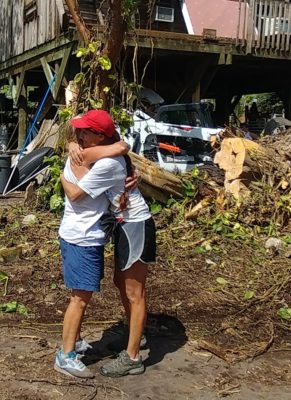 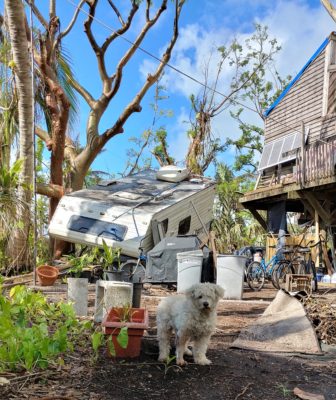 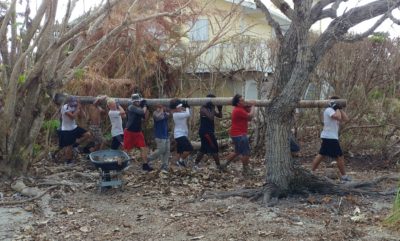 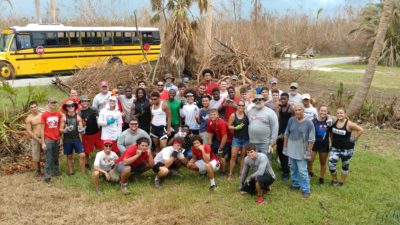 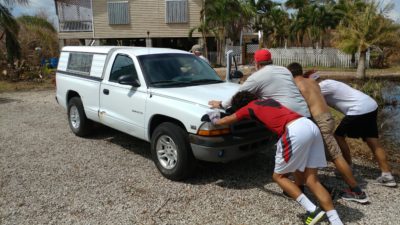 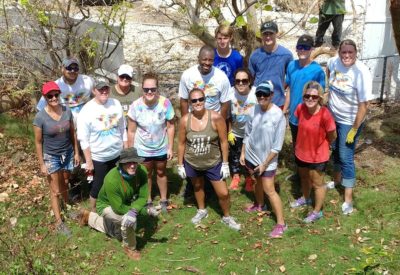 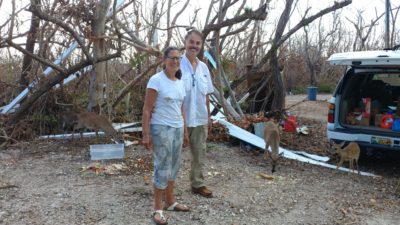 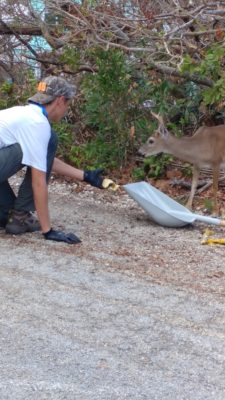 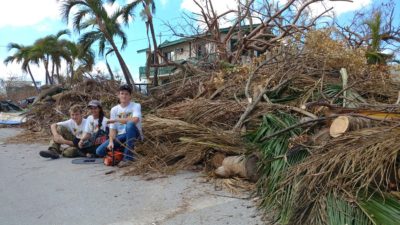 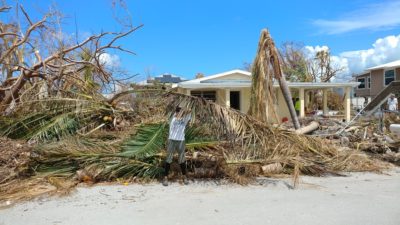 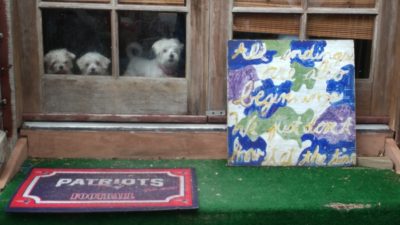 One Response to “One World One Canvas Helping in the Keys”