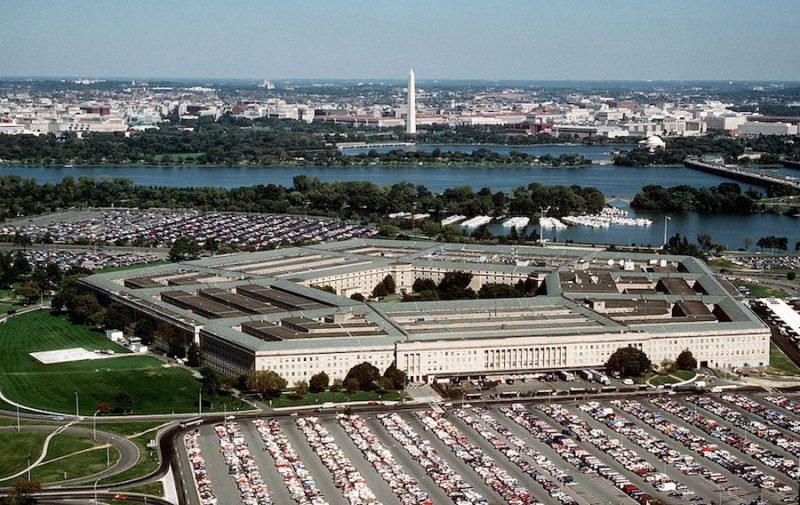 US president Donald Trump signed yet another massive government spending bill — $1.3 trillion — on March 23, after threatening a veto.

Why did he threaten a veto?

Because the bill doesn’t fund his cherished US-Mexico border wall idea, and because it doesn’t address the  Deferred Action for Childhood Arrivals program that he’s threatened to end absent a “fix.”

For the military spending. Because, he says, “for the last eight years, deep defense cuts have undermined our national security,” and we just can’t have that.

Deep cuts? In what universe?

In every year since 2010, the US has spent more than half again as much on its military as in 2003 — two years into the Afghanistan war and the year that it invaded Iraq.

Since 2010, the US has never spent as little on the military as it did in 2007, the year before Trump’s predecessor was elected.

Not only is Trump wrong about what actually happened, he’s wrong about what the effect would have been if things had happened that way. There’s nothing wrong with the security of the United States that “deep cuts” in military spending wouldn’t make better.

The US armed forces are far too big, far too powerful, and far too expensive to bear any plausible relation to defense. The primary purpose of US military spending is not to defend the United States, but to continuously transfer as much wealth as possible from the pockets of working taxpayers to the bank accounts of large “defense” contractors.

It’s a giant welfare program. And nearly three decades of continuous war, starting with Desert Storm in 1991 and escalating after 9/11, are the excuse for keeping the welfare checks flowing.

If Trump was serious about national security, he’d veto any budget that didn’t include those non-existent “deep cuts” he’s complaining about. A 75% cut over 10 years would still leave the US the largest military spender on the planet, but likely much less inclined to disastrously intervene in other people’s arguments.

But we already knew Trump wasn’t serious about national security, didn’t we? His tariffs on steel and aluminum prove that. They, too, are welfare programs designed to benefit corporate welfare queens at the expense of American workers and consumers. And they flout the well-known law of history laid down by Otto T. Mallery: