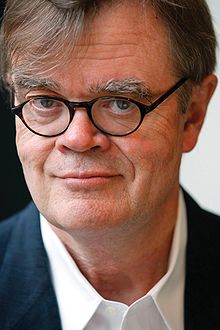 America is in the middle of an agonizing reappraisal of sexual conduct. What constitutes sexual harassment or assault? Where is the line that separates acceptable, or merely rude, actions from unacceptable, and possibly criminal or civilly actionable, behavior?

If you feel like this process has been dragging on for a year, you’re not alone. But as I write this, it’s actually been less than two months since the New York Times brought movie magnate Harvey Weinstein low with its story on his decades of sexual misbehavior and cover-ups.

Weinstein was the first domino to fall, but far from the last. Numerous entertainers, journalists and politicians now find themselves beleaguered by, or even  at career’s end based on, allegations that might, even if true, once have brought a wink, a nudge, and maybe an insincere verbal reprimand.

It’s impossible to know in advance how far any social sea change will go, or how far it should go. But this one may have just seen its first bit of backlash — literally.

Garrison Keillor is an unparalleled icon of state media as entertainment. Foremost among his accomplishments is creating Minnesota Public Radio’s A Prairie Home Companion and hosting it (with breaks) for 40 years.

On November 29, MPR announced that it had fired Keillor and severed all contractual relationships with him over allegations of “inappropriate behavior” with a co-worker.

Keillor might, like so many others, have donned a hair shirt and beat his chest while screaming public apologies for a few days before conspicuously entering rehab. As a liberal of his age (75), he’d probably have been quickly forgiven by his admiring public, who would award him a moral golf handicap for being from way back when.

Instead, he shrugged off the firing (“I’m just fine. I had a good long run and am grateful for it and for everything else.”) and politely explained himself without pillorying himself:

“I put my hand on a woman’s bare back. I meant to pat her back after she told me about her unhappiness and her shirt was open and my hand went up it about six inches. She recoiled. I apologized. I sent her an email of apology later and she replied that she had forgiven me and not to think about it. We were friends. We continued to be friendly right up until her lawyer called.”

The explanation has the ring of truth to it. As he himself points out, he’s well-known for being physically stand-offish and describes himself as being on the autism spectrum (of which aversion to physical touch is often a feature). Groping a colleague isn’t just out of radio character for Keillor. It’s out of character, period. If he’s not lying, there’s no sexual harassment here.

If Keillor’s travail, and how he’s handling it, marks the point in time where we pause to reconsider the content of our suddenly evolving set of standards instead of plunging headlong into a new Salem witch hunt, he will indeed have brought us good news from Lake Wobegon.

One Response to “And Now, A Prairie Home Sexual Harassment Complaint”