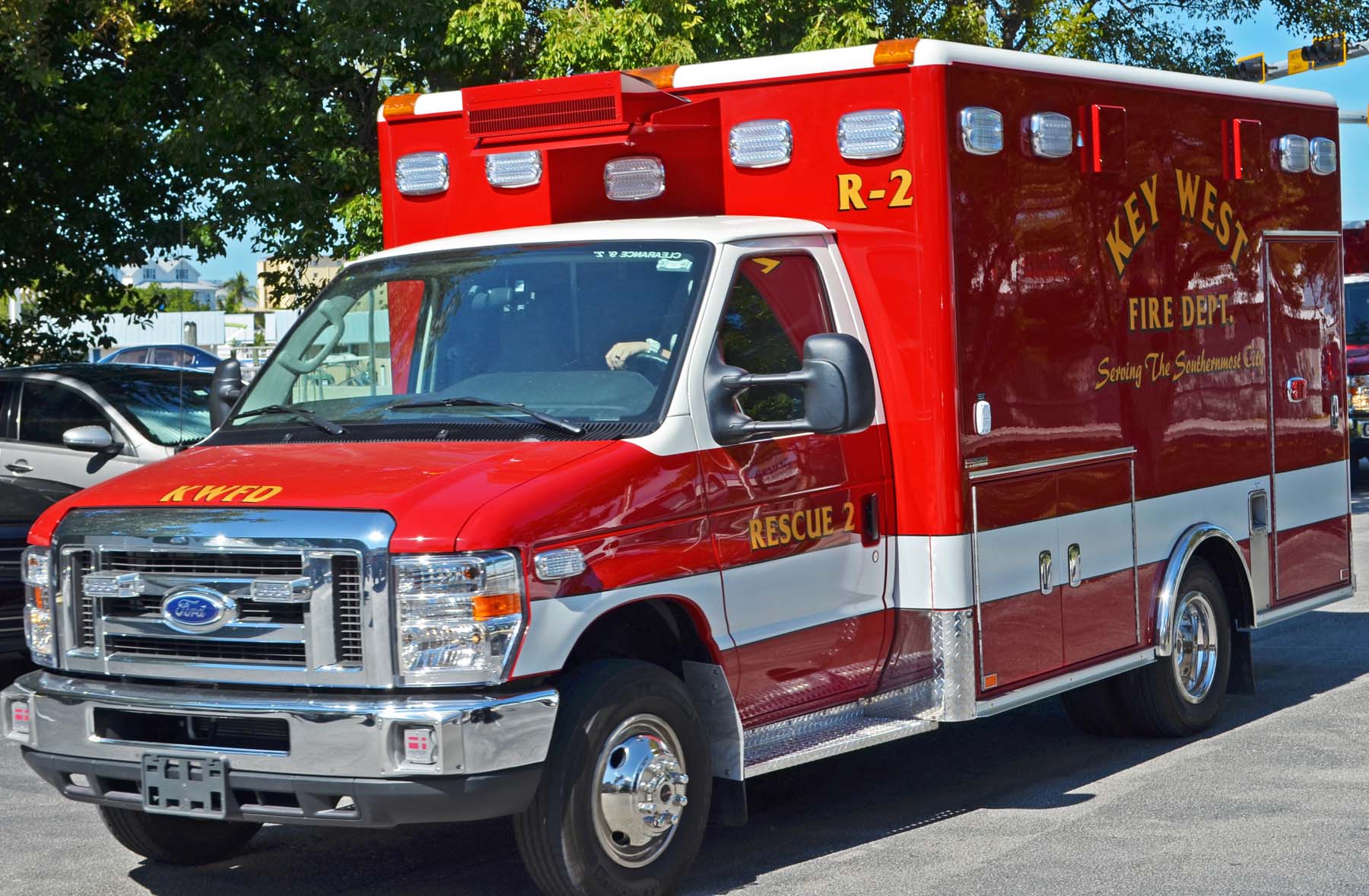 Their arrival is part of an historic transition in the 140 year history of the Department. Much of the nation has already integrated its fire and EMS. With the deployment of these new vehicles in April, the KWFD will enter the ranks of efficient effective cities nationwide.

The move is a win/win for residents and visitors, says Fire Chief David Fraga. The new configuration will be more efficient, allowing the City to ensure internal controls and accurate, transparent accounting.

The transition is a meticulous one, and all aspects are on schedule. The Department sponsored a Fire Academy to provide the necessary training to allow paramedics employed by the current private ambulance system to apply for positions with the Department. An EMS Division Chief has been named. The EMS state certifications for the service are in hand.

Fraga credits Division Chiefs Michael Davila and Edward Perez for being on time and within budget for the transition.

“This is a real team effort,” he said.