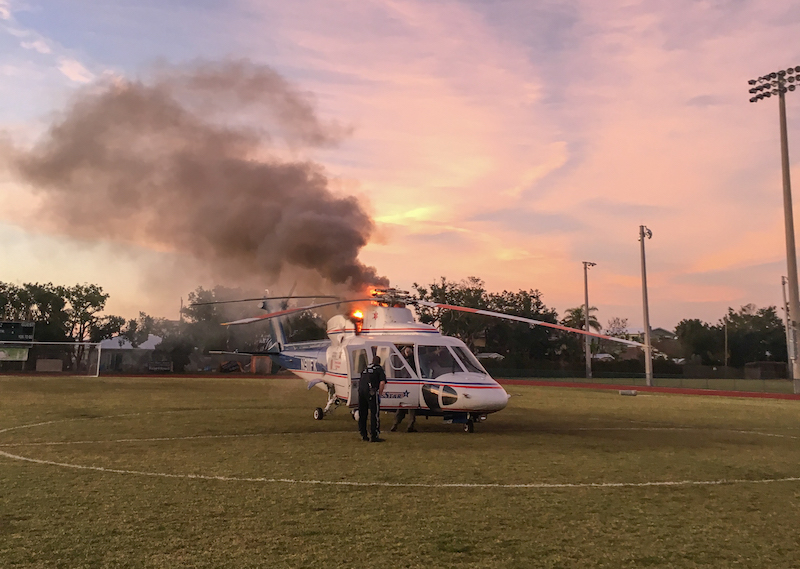 Monroe County’s oldest Trauma Star – of its three-helicopter ambulance fleet – was en route to Coral Shores High School for a trauma transport when it caught fire during landing at about 7 a.m. Friday. There were no injuries.

The patient on board was transported by ground ambulance to nearby Mariners Hospital, which is about a mile away. The patient was air lifted from there by Miami-Dade Fire Rescue and transported to a mainland hospital.

The fire caused substantial damage to the 35-year-old aircraft, which had just undergone its complete annual maintenance as required by FAA.

The incident will be investigated by FAA and Monroe County’s Trauma Star aviation division.