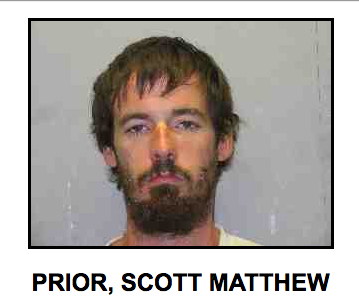 A Key Largo man was arrested Saturday, charged with attempting to pry a change machine off the wall in the laundry room at Largo RV Park Friday night.

28 year old Scott Prior rode a bike to the RV Park from a nearby wooded area where he was staying. He was caught on surveillance video using some type of pry bar to pry the change machine in the laundry room off of the wall. During the process, he reportedly caused extensive damage to both the machine and the concrete wall.

When he was unsuccessful at removing or opening the machine, he rode the bike away from the scene.

Deputy Ben Elmore and Sgt. Jason Madnick responded to a report by an employee who found the damage Saturday morning. They knew about a homeless camp in the nearby wooded area and went there to see if they could identify any possible suspects. They found it unoccupied, but found a bike that looked exactly like the one ridden by the suspect in the video.

They returned later and found a man at the camp who said Prior had borrowed the bike Friday night at about the same time the burglary took place. A booking photo of Prior from a previous arrest, along with photos of his tattoos, matched the man depicted in the surveillance video committing the crime at the RV Park.

Detective Bob Dosh was assigned to investigate the case and located Prior on Saturday. Prior admitted to attempting to pry the change machine off the wall. He was arrested and charged with criminal mischief and burglary and he was booked into jail.

A Key Largo man arrested Saturday for a business burglary in the Upper Keys was also charged with an outstanding warrant for forging three checks stolen from an elderly woman and cashing them.

The 75 year old Key Largo victim told Deputy Christopher Kilmurray she wrote a check to 28 year old Scott Prior for $400 to help him out on April 8th. On April 18th, she got a call from her bank. They were concerned because Prior had come in to the bank four times in the past 10 days, each time cashing a check for $400. The victim told them she’d only written one check to him; she subsequently discovered three checks missing from her checkbook.

A warrant was issued for Prior’s arrest and when he was arrested for a business burglary in Key Largo on Saturday, he was subsequently charged with three counts of grand theft from a person over 65 years of age and three counts of forgery. 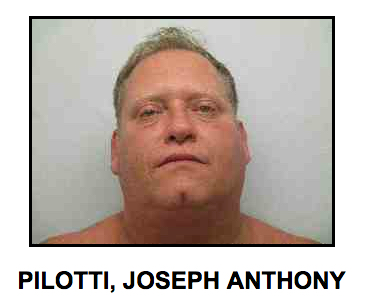 A search warrant served at a Big Pine Key residence Thursday afternoon resulted in the arrest of a man on drug charges.

The Monroe County Sherriff’s Office HIDTA Unit, assisted by other state and federal agencies, served a narcotics search warrant and three arrest warrants at 31011 Avenue I, Big Pine Key at 2:30 p.m. 49 year old Joseph Anthony Pilotti was arrested. He was the subject of a lengthy narcotics investigation following complaints from the community and Crime Stoppers tips.

During the course of the investigation, the Monroe County HIDTA Unit conducted a series of cocaine purchases from Pilotti which resulted in the three warrants for the sale and delivery of cocaine. 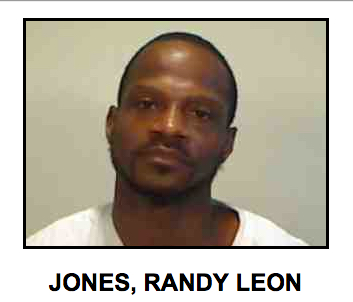 An inmate at the Monroe County Detention Center was charged Thursday night with committing a lewd act in front of a detention deputy working at the facility.

Jones was charged with lewd and lascivious acts in the presence of a corrections employee, He was in jail, arrested February 2nd, for driving with his license suspended, battery on a law enforcement officer and resisting arrest with violence.