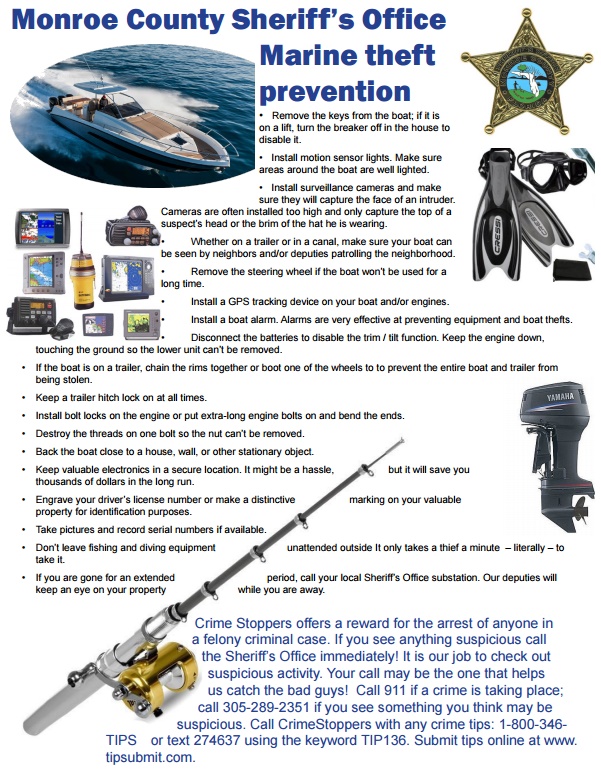 As the boating and fishing season picks up in the Florida Keys, the Sheriff’s Office has started to see more marine related thefts throughout the county. Just a reminder to everyone to take precautions. Most boat, motor, fishing and diving equipment thefts can be easily prevented with minimum effort on your part.

There are many ways to secure your boat motor and lower unit; in addition, at the end of the day, remove expensive fishing, diving and electronic equipment from the boat and lock it all up in a secure location. Leaving the equipment on the boat makes it easy pickings for thieves who walk around neighborhoods and marinas just looking for items that are easy to steal.