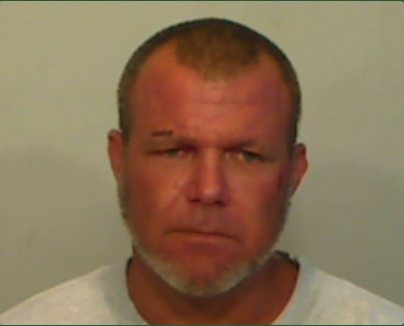 A 38-year-old Big Coppitt Key man was arrested Sunday afternoon after allegedly beating up a woman with a conch shell and throwing her into a canal.

Calvin Joseph Teal was charged with aggravated battery, possession of pills (Xanax) without a prescription and smuggling contraband (Xanax) into a detention facility.

Deputy Rodriguez noticed blood stained floors, a large amount of bloody paper towels in the kitchen trash can and a blood trail leading down a hallway to a bedroom where Teal was sleeping. Deputy Rodriguez immediately handcuffed Teal and placed him in the back of a patrol car. The injured woman was taken to Lower Keys Medical Center on Stock Island given the large gash to her head.

Teal was taken to jail. A bottle without a prescription label containing 34 Xanax pills were found in Teal’s possession as he was being booked into jail.

Deputy Lazaro Valdes met with the woman at the hospital. The woman told Deputy Valdes that Teal hit her in the head with a conch shell prior to throwing her in the canal.