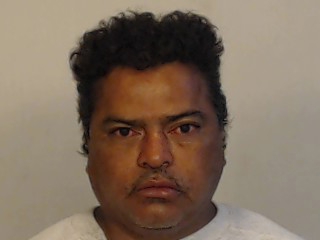 Oscar Acevedo, a 49-year-old Lower Keys resident, was arrested and charged with sexual battery on Saturday.

Acevedo and the victim live on a rental property where each rents a separate apartment but share a common bathroom.

The victim claims that on Saturday, September 15th she and Acevedo had been in a common area on the property. She told Deputy Danielle Malone that Acevedo had been drinking heavily and that she had gone to her room.

The victim said she had been having medical issues over the previous few weeks, where she would find herself unable to speak or move.  She described it as a “stroke like event.” She said she leaves her door unlocked because she has medical issues and her mother asked her not to lock her door.

She says she woke up later that night finding Acevedo in her bed naked from the waist down. She said she was having one of the above described medical episodes and she was unable to move her legs. She told Deputy Malone that she told Acevedo to stop and asked him to call her mother or brother because something was wrong with her.

She told the Deputy that Acevedo didn’t stop and forced her to have sexual intercourse with him against her will. She said Acevedo “finished” and got up and left the room only to come back a short while later and force himself upon her again.

The victim told Deputy Malone that she asked him again to stop and to call her mother or brother because she was not well.  She said he again satisfied himself, but this time stayed in her bed.

She told the Deputy she then managed to get herself off the bed and started dragging herself across the floor begging Acevedo to call her mother or brother.  She said he just stayed in bed until she asked him to open the bedroom door for her because she couldn’t stand up.  She says Acevedo then got up and called her brother who transported her to the Lower Keys Medical Center where Deputy Malone interviewed her.

Acevedo was sitting in the front yard of the residence when Deputy Malone arrived. According to reports Acevedo first told the Deputy that he had not gone out that night and had slept in his room.

When questioned further Acevedo reportedly told the Deputy that the victim had invited him into her room and that she was completely naked when he entered. He later said that he thought she had been wearing a bikini but it was hard to tell what she was wearing because it was dark in the room. He said the victim had wanted to have sex with him for the past three years and that they had done so several times that night. He said that when he had gotten into bed with her she hugged him.

When he was questioned as to whether the victim had asked him to stop he admitted to the Deputy that she had, but said that he did stop immediately after she asked him to.

Acevedo was taken into custody and transported to the Monroe County jail on Stock Island without incident.

NOTE:  Information in the above crime report comes from information provided by area law enforcement.  Please remember that all suspects are innocent until proven guilty in a court of law.