Is this the right time for the City to decide a controversial issue that has been tearing apart the very heart and soul of a gentrified Key West neighborhood?

Below you will find an open letter sent to the Mayor and Commissioners of the City of Key West by Brenda Key-Johnson, the owner of Johnson’s Grocery in Bahama Village. The letter is about an item on the agenda of the upcoming [April 7] “virtual” City Commission meeting.

When you have finished reading what we feel is a very powerful plea from the owner of the last African-American-owned business in Bahama Village, have a look at the piece we did four years ago on the same subject which will provide you with some more background on this ongoing battle. You’ll find the link below.

To submit your own “ecomment” for City Commissioners to think about click HERE or go to: http://keywest.legistar.com/Calendar.aspx  (find the April 7 City Commission meeting and on the far right you will find a link to submite your “ecomment”.) You may also provide written comments by emailing City Clerk Cheri Smith by 4 p.m. April 7th, at csmith@cityofkeywest-fl.gov.

UPDATE: April 8, 2020: Stay tuned for a follow-up on what happened during the Commission Meeting on April 7th. (Hint: There’s hope…)

My name is Brenda Kee-Johnson and I am writing this letter of concern about item #15 that is on the 7 April 2020 meeting schedule. I was not aware of the meeting until I was informed by concerned friends and once I was made aware of said item on said agenda, I felt that I needed to express my objection.

This battle for the band room has been going on for years and now that everyone is concerned about just staying alive and may not be paying attention, it seems that this item is being slipped in “hidden in plain sight.”

There is no reason that this matter can not wait until things are somewhat back to normal and the citizens can have the proper time to be informed of the meeting and be able to voice their feelings be them for or against one side or the other.

Families have been divided, friends have been divided and the community has been divided over this issue. It is time that matters are handled fully and openly, but this is not the moment. You wonder why people do not trust government or the people that were elected to represent them. When things are not done in the correct manner, when people point fingers and take sides, it causes division in a time when we should all be in this together.

I understand both sides of this issue and I feel that both are important to the community. When this matter first started, there was a “Bahama Village” where many of the Bahamian descendants lived, worked, played and worshipped together. Since that time, “Bahama Village” as we know it has disappeared right before our eyes.

Once there were African-American businesses all up and down Petronia Street, there were clubs, grocery stores, ice cream polars, shoe shine shops, schools, daycares, restaurants, etc. If you walk down in the “Village” today, one would never know that African-Americans ever existed here. Being the last Black Owned Business in the part of Key West, my heart bleeds. Do you know what it feels like when people that just move into the area say to us, “Thank you for being in our neighborhood.”? Do you know what if feels like when people come from out of town and ask, “where are all the Black people”? Do you know what it feels like when you walk past houses you have seen for almost 60 years and now that people with money come into the area, the rules change as far as how the houses are fixed, pools being added in the yards, fruit trees being cut down, property lines being changed, etc. The answer to these questions are no, (except for Commission Lopez). You will never know what it feels like. You can never know the pain. You can never understand that for us it is more than about money in the City coffer and making Bahama Village look like every other place in America.

I remember as a child there were many little alleyways between people’s homes that we were able to go from one street to the other. Once the Natives descendants were bought out, those “City easements” were then given to or claimed by the new owners of the property. Zonings have been changed and property that was once mixed use (homes and businesses) are no longer allowed.

I would ask all of you to do a little research into the former residents of “Bahama Village”. The only things left are the churches and because there are no longer Native Conch’s of Color living in the area, many of them are going to be lost in the near future as well.

Yes, health care is very important, but many of the people that Commissioner Lopez was fighting for this clinic to provide services for are no longer here to use the services. Key West is an island and people go where they want to go, but the history of a people and their struggles and successes, if there is no record of them will be lost for ever.

The descendants of Bahamian’s that lived here have had everything taken from them. The military came in and took their ocean front land and then gave it to the City. (that land never belonged to the City, it belonged to Bahamian descendants). If you don’t believe me, check the Census from the late 1800-early 1900’s. As I recall, we were promised 6.6 acres and now it is down to two if I am not mistaken. The property taxes went up so high after properties were purchased and “remodeled” to increase property value that many could not afford to stay here and if they did and they lived in “public housing” they have been moved to other parts of the island. We were forced to stay “in the Village”, now our very existence is being taken away as well.

I am asking that you, Mayor Johnston and Commissioners, do the right thing and take this matter up at a later date and a more opportune time where this matter can be resolved in complete transparency and in a more discreet manner.

My suggestion is that before the “Band Room” is awarded to one side or the other, there needs to be a location provided to the group that does not get the “Band Room”. I don’t know how you come up with both parties agreeing, but you all were elected to represent all of the residents of this island not just your district. Everyone has to put feelings aside and do what is right for the entire community. If you can’t do it for the “grownup’s, do it for the children. Do it for those that lived and died loving this island and giving so much of themselves so that their descendants will know the beauty and love of their Island home. May the work that they did, speak for them.

Thank you in advance for your consideration and attention in this very important matter. Please stay safe and may we all be blessed. We are separated, but together.

We are Key West Strong. From my heart to yours. 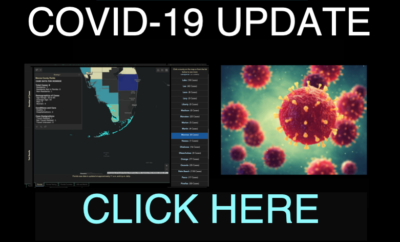