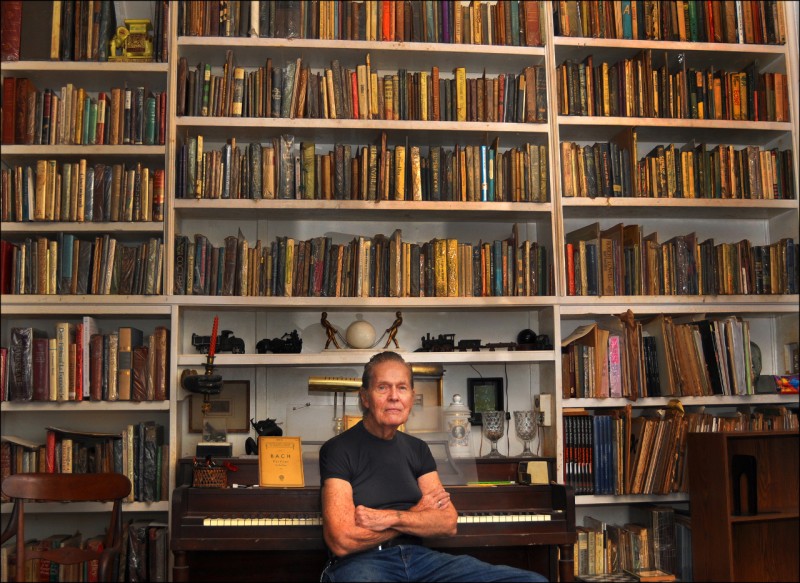 This writer remarked once to a professional writer that his novels were the easy way to toss off a poem. He never forgave me for my presumption!

I mention these references to suggest the thoughtful depths that poetry may reach in describing one of a poet’s concerns: people and lives. While the poetry mileu is a difficult one in which to get any attention there is still a sense of brotherhood that I do not see in other branches of the literary world. Poets who have established themselves in a national sense after the Beat period, are beginning to reflect on their commitments to the poetry scene.

A recent example of this is Zen Duende, collaborative poems by Eric Greinke and Glenna Luschei, a paperback from Presa Press, Rockford, Michigan. Their associations with two active figures, Harry Smith and Hugh Fox, is documented with appreciative off-the-cuff remarks that make up long prose poems as memorials, Like Eric Geinke, they were poets-cum-publishers-cum editors as well as figure heads in contemporary activity, extending the commitments of the Beats with their own influence, style and resources. Their energy revived poetry in America enhancing it by that energy with the encourgement of other activity like The Small Press Review, collections, anthologies, readings, biographies and experimental work. Zen Duende captures the spirit of lives given over to creating a new phase of Amerian poetry that has defined so much of the last century and provided, as well, a foothold for new poets with a commercial and academic interest in the avant-garde that was so rare fifty years ago.