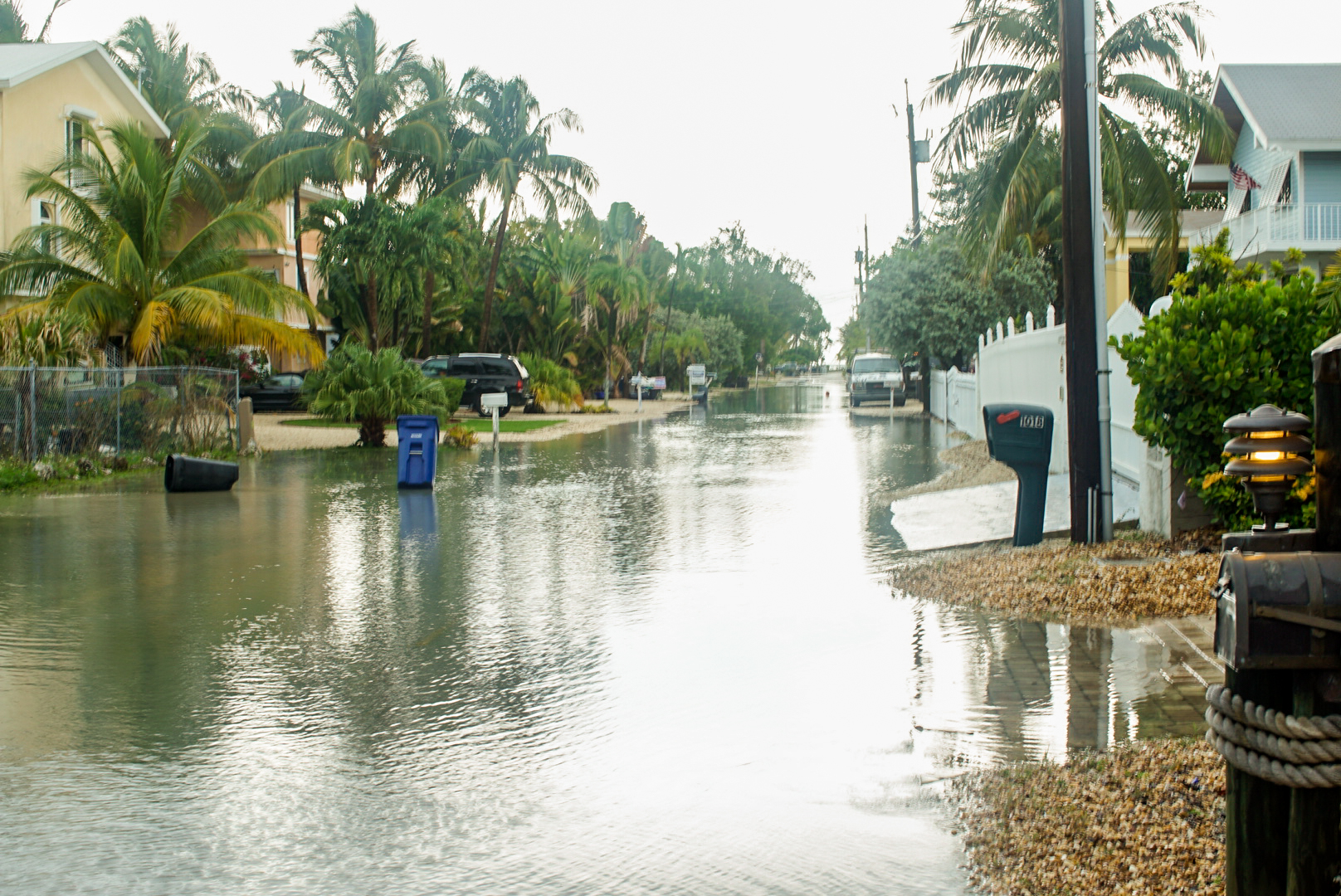 Monroe County, FL – For the next week, nuisance coastal flooding will occur in parts of Monroe County due to “King Tides.” These tides occur each spring and fall when the locations of the Earth, moon and sun combine to produce the highest tidal effects of the year.

This year, the tides are compounded by a full moon (Hunter’s Moon or Super Moon) on Sunday as well as winds, Gulf Stream current and atmospheric pressure. The tides are expected to reach their maximum predicted levels Sunday–Thursday, Oct. 16-20.

The King Tides are not new in the Keys. But these tides have become higher and are causing more flooding due to the impacts from sea level rise.  The tides have averaged at least a foot above normal.  Due to these higher tides, the water level also may not lower as fast as it has in the past. For roads, this means flooding may occur for several days until flood waters eventually can recede.

To help the County with its capital project planning that will analyze and address this type of flooding, please take photos and send them to haag-rhonda@monroecounty-fl.gov orerin@deadylaw.com. It is important is to include information about the location, date and time of the day the photos are taken.

The tides are usually predicted to incrementally increase in the month or two leading to the October King Tides and then begin to decrease with the November tides. November will still be a high month, but not predicted to be as high as October.

The incrementally higher tides have also been exacerbated by the impacts of winds from Hurricane Matthew last week and even somewhat from Hurricane Nicole.  Even slight wind disturbances from these two storms have resulted in an effect on these increasing tides.