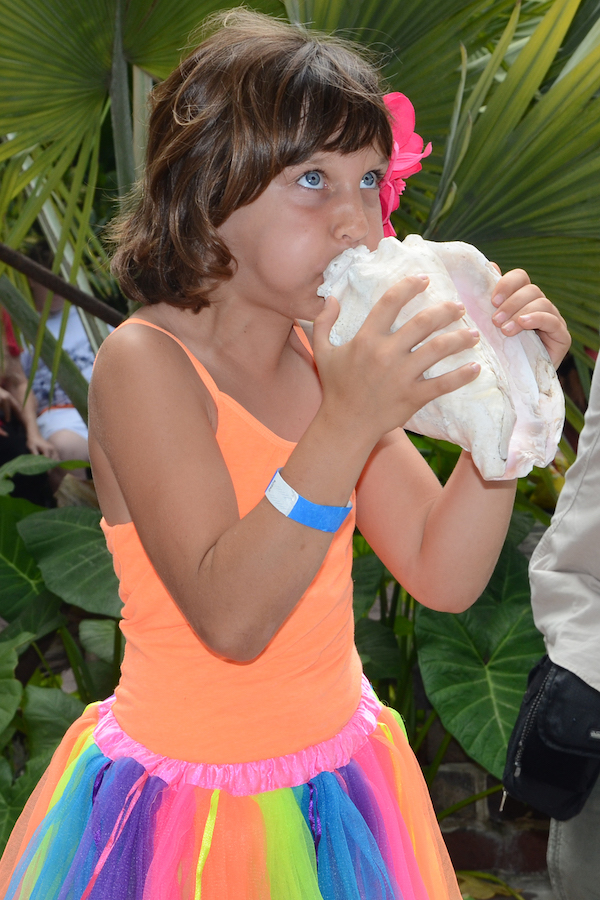 Several dozen people are expected to “blow their own horns” in Key West Saturday, March 2, providing a typically hilarious spectacle for spectators during the 57th annual Conch Shell Blowing Contest.

Scheduled at noon in the lush garden of the Oldest House Museum, 322 Duval St., the offbeat contest celebrates Key West’s historic conch connection. Contestants take turns puckering up and raising a shell to their lips, attempting to make music (or at least respectable sounds) to impress to impress the judging panel and a standing-room-only audience.

Nicknamed the “Conch Honk,” the challenge is presented each spring by the Old Island Restoration Foundation, a nonprofit organization dedicated to preserving the architectural and cultural heritage of Key West.

While many entrants can only produce discordant squawks or feeble sputters, a few surprise spectators by blowing lengthy blasts or even parts of melodies. Past winners have trumpeted recognizable snippets of classic rock numbers, show tunes and composer Aram Khachaturian’s intricate “Sabre Dance.”

As well as a quirky musical instrument, the conch shell is an enduring symbol of the Florida Keys, whose native-born citizens call themselves “conchs.” Conch chowder and fritters are popular local dishes, and in 1982 the island chain staged a symbolic secession from the U.S. and proclaimed itself the independent Conch Republic.

Entrants in the “Conch Honk” typically include men, women, young children and groups. All are judged on the quality, duration, loudness and novelty of the sounds they produce.

The 2019 contest is free to enter and watch. Registration takes place before the event in the garden at the Oldest House.