Even though the debate at City Hall this week was not officially about race, it shed an unflattering light on Key West’s cultural divide in ways that no journalist could express better than the passionate speakers did on Tuesday night. You’re just going to have to listen for yourself and be amazed.

But before you click on the video, we need to make you privy to a few basic facts and to the one little secret that no one “in the know” that night had the guts to reveal to the Black men and women who came to plead for the preservation of their cultural heritage.

Most Black residents over fifty who grew up in Key West went to school at the iconic segregated Frederick Douglass School in Bahama Village.

“Douglas was redeveloped into a first class school by people who were truly eager to bring the best education to Black students,” says John W. Smith,  “Teachers were recruited from around the country and they came to be part of this project.”

[Pay attention, as you watch the debate unfold, to the rather shocking explanation given by Donald Carey as to why the school board took the decision to destroy the Douglass school.]

“You felt the love and high expectations from all your teachers,” says Smith, “You felt challenged. I am not sure that our black students feel that way today.”

The numbers in Monroe County are staggering. As we previously reported: In 2013, while 83% of white students graduated with their class at Key West High, only 40% of black students did. According to the most recent statistics made available by the Florida Board of Education, there are 451 non-Hispanic White teachers in Monroe County, 78 Hispanic and only 5 Black teachers. That’s only 1% of district teachers yet Blacks currently represent 10.6% of the student population.

So, Bahama Village residents, concerned with gentrification and school dropout rates, want to create a community center and a black educator memorial museum in the last classroom left standing on the old school property: The Frederick Douglass Band Room.

They created the Frederick Douglass School Black Educators Memorial Project and have been working with Village children and working on the museum and cultural center concept for the past five years.

But three months ago they were told that the deal was off and the City was going to move the Health Department’s Roosevelt Sand’s Clinic into the Band Room. The clinic is very important to the community and is currently located in the annex adjacent to the Douglass Gymnasium [which will soon be undergoing extensive renovations.]

Now, those are the clues that you have to keep in mind as you watch the debate.

It is never explained why the museum cannot simply move into the gym annex after the clinic moves out and it is never truly explained why the clinic cannot move back into its current location after the gymnasium renovations are completed and even expand into the adjoining office space that will also be restored. Assistant City Manager, Greg Veliz, explained that it would cost extra to move the health clinic back after renovations are completed. But to put things into perspective, the City was recently able to find 17.4 Million dollars just for the underground infrastructure and pathways for the green park at the Truman Waterfront. The Village is fighting for its soul.

Here is what’s happening behind the curtain:

This story has very little to do with a Band Room, a Health Clinic, or cultural heritage. It’s about the 60 million dollar development of Truman Waterfront Park and the relocation of the Police Athletic League [PAL]. According to the grandiose plans for the park, the well-maintained PAL building is to be demolished to make room for a modern multi-use playing field.

Veliz’ solution is to relocate PAL in the annex to the Frederick Douglass gym, where the Health Clinic now operates. This in turn pushes the Clinic into the Band Room. Veliz’ plan was revealed to the Truman Waterfront Advisory Committee at its December 14, 2015 meeting.

Every evening the Bahama Village gymnasium helps 20 to 30 kids stay out of trouble, doing their homework and playing basketball under the supervision of the Village Elders.

PAL and the Bahama Village kids represent two different cultures. In a perfect world it shouldn’t matter but, as the school racial data shows, sometimes being “color blind” turns out to be an insidious way of not facing very real racial issues. This is the question no one wants to address:

After the gym has undergone a 9 month long high-class renovation, who will be in control of it? Will it be PAL or will it be the Bahama Village Elders? And if the kids stop going to the gym, where will they hang out instead?

However Veliz, the architect of this plan, was careful not to drop that explosive news during Commission meetings. In fact, even the most involved people in the Village seem to have no idea as to the extent of these “relocations.”

Apparently nothing out of the ordinary for Mr. Veliz, who was recently recorded casually describing how he gets things done: “on a wing and a prayer and a couple of lies.”

Now you should watch the video. [So sorry about the video quality.] 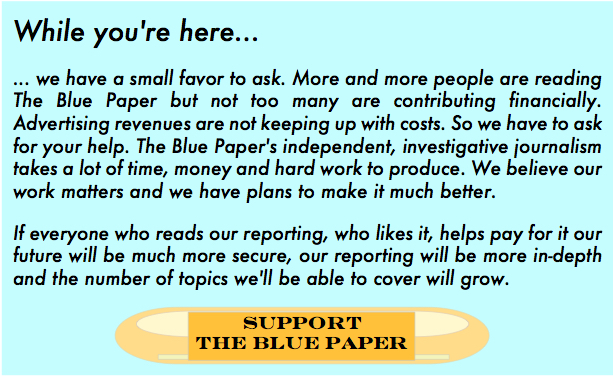