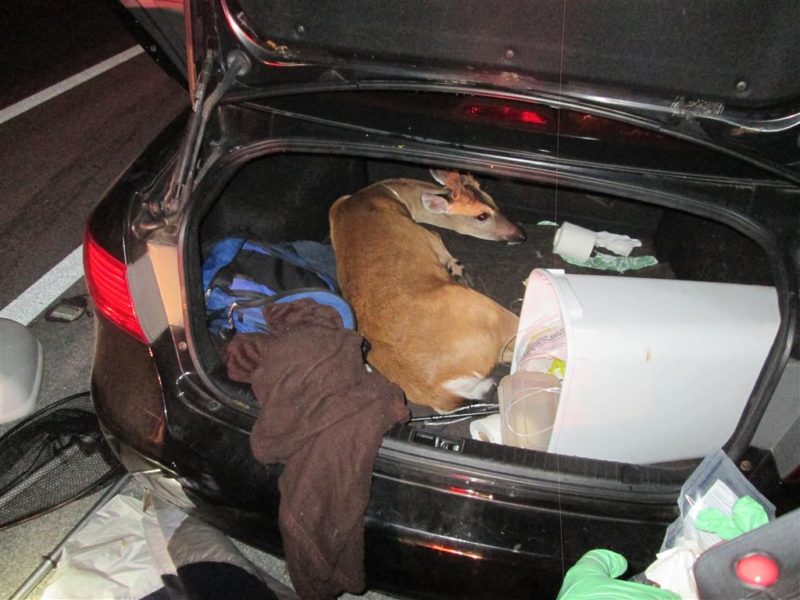 A routine traffic stop for a broken tail light turned into an unusual Key Deer rescue operation early Sunday morning. The stop occurred in the southbound lane on US 1 and Barry Ave on Little Torch Key. When Monroe County Sheriff’s Deputy Austin Hopp approached the Black Hyundai Sonata at about 1:20 a.m. he noticed two Key Deer bound in the back seat.  The two deer were reportedly “hog tied” with twine. Each had wounds all over its body and head and was struggling to break free according to reports. Officers reported finding, “Blood soaked into the seats and deer hair heavily scattered throughout.” A third Key Deer was found, also bound with twine, bleeding, in the trunk of the car.

The vehicle’s driver, Erik Yosmany Damas Acosta, 18, told Deputy Hopp that he was responsible for the possession of the Key Deer and that the passenger, Tumani Anthony Younge, 23, was asleep and didn’t know about it. Younge chose to remain silent. 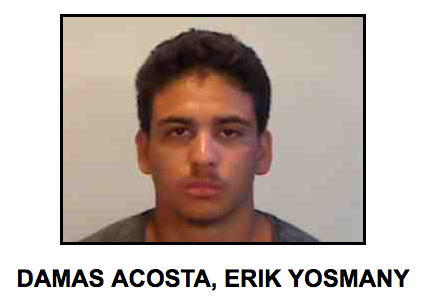 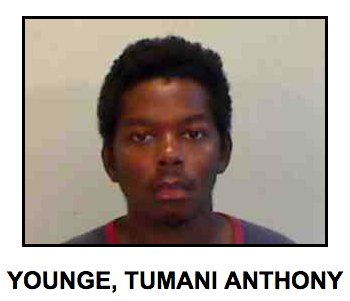 Deputy Hopp called Florida Fish and Wildlife Conservation Commission and U.S. Fish and US Fish and Wildlife Services to the scene to aid in the investigation and the immediate care of the deer who are listed as a federally endangered species.

Officers Clayton Wagner and Mathew Rubenstein of the Florida Fish and Wildlife Conservation Commission arrived on scene and finding the third Key Deer, bound in the trunk of the car, also with multiple wounds on its body and head. The officers found blood smeared on the roof of the trunk and deer hair scattered throughout.

United States Fish and Wildlife Service Officer Jared Brierley arrived on the scene and confirmed the identity of the animals as endangered Key deer, and took hair and tissue samples for evidence and forensic species identification. He found all three deer were tied and had injuries consistent with struggling in a confined space. Photographs were taken for evidence, and the three deer were released back into the wild as quickly as possible in the hopes that more injury and shock would be prevented. 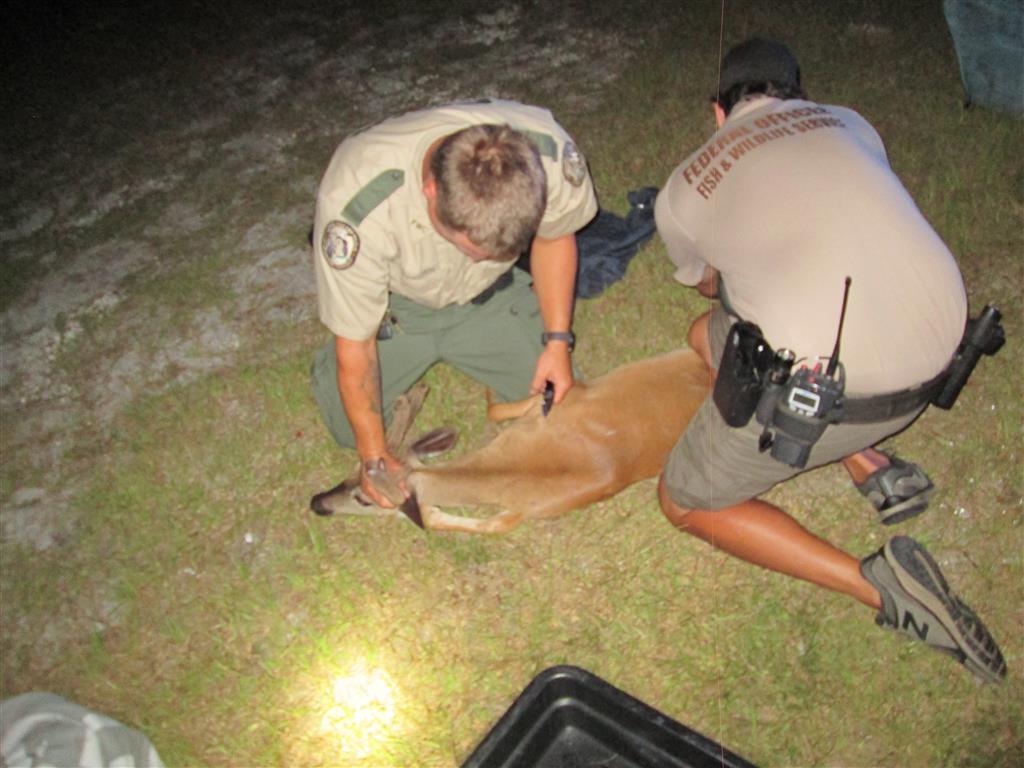 FWC Officers determined that Younge had a clear view of the Key Deer in the back seat and that the deer were struggling and making a lot of noise which they said would be very noticeable. Damas Acosta, of Miami Gardens, and Younge, of Tamarac, were arrested on multiple charges, including multiple third degree felonies and first degree misdemeanors for injuring an endangered species, take of deer out of season and animal cruelty. They were booked into Monroe County Jail.

Third degree felonies are punishable by up to up to 5 years in jail and a fine of up to $5,000.

UPDATE:  The deer found in the trunk of the car was later euthanized due to a broken leg.