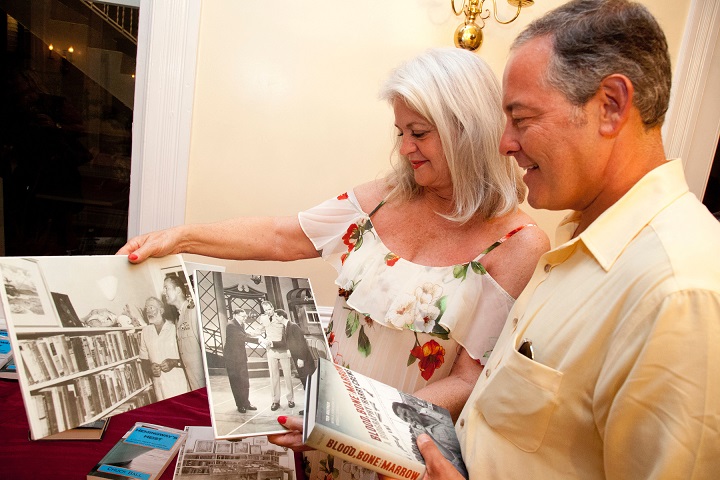 Judge Peary Fowler, president of the Literacy Volunteers of America-Monroe County board of directors, and Ted Geltner, author of “Blood, Bone and Marrow: A Biography of Harry Crews,” view photos of Fowler’s father, Commander Ed Stafford; the photo on the left taken during a visit to author Ernest Hemingway at his home in Cuba in 1959; the one on the right taken in 1958 when he appeared on the television show, “The $64,000 Dollar Question,” which prompted Hemingway’s Cuba invitation. Geltner was one of several authors to present readings and literary insights Wednesday night at “Voices, Places, Inspirations,” a Hemingway Days event held at the Key West Woman’s Club and hosted by Literacy Volunteers of America-Monroe County.