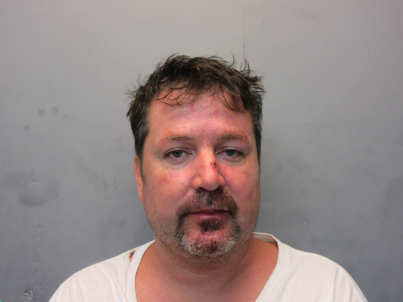 A 46-year-old Jacksonville, Florida man was arrested Saturday at John Pennekamp Coral Reef State Park in Key Largo after other campers reported a toddler was wandering his campsite unattended.

The Sheriff’s Office was called to the park at 10:30 p.m. following the complaint. Deputies arrived to find a couple stating a toddler had been “abandoned” in a neighboring campsite, but the man had just returned.

They stated the suspect appeared drunk. A baby stroller was found overturned at the campsite and multiple items strewn about. The suspect, later identified as Francis William Dunn, was found inside a tent along with the child. He smelled of alcohol.

Dunn refused to exit the tent after demanding to see the deputy’s badge. The deputy displayed his uniform. Eventually, deputies pulled him out of the tent and arrested him.

The child was placed in deputies’ care. They contacted Florida Department of Children and Families.

About the same time, deputies were notified that a black, GMC Yukon Denali, later determined to be Dunn’s vehicle, was found crashed in the roadway leaving the park. The SUV was reported as significantly damaged and a myriad of damaged parts were found in the road.

DCF workers later stated the child was covered in mosquito bites, was wearing a soiled diaper that was falling apart and appeared to have not eaten in a while. The child was taken into DCF care.

Dunn was taken to jail and charged with child neglect and resisting arrest.