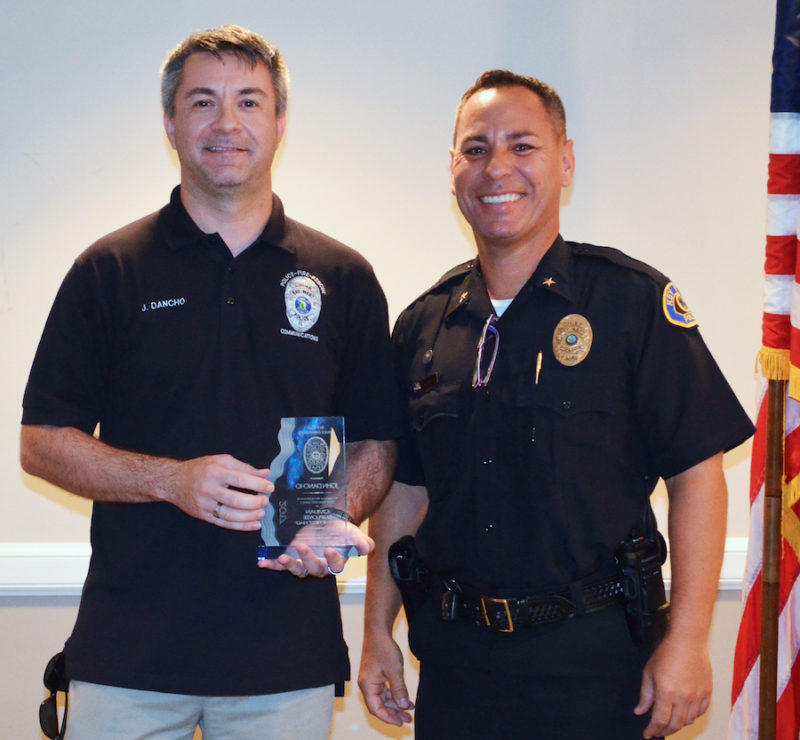 Dancho has served the Key West Police Department in Communications with dedication and professionalism for 19 years. He is part of the critical team that serves as a vital link between the community and the department. During his tenure he has served as shift supervisor and trainer.

“Over the years, John has demonstrated unique initiative in research that — combined with job knowledge — has been instrumental in leads and arrests in several important cases,” said Chief Lee.