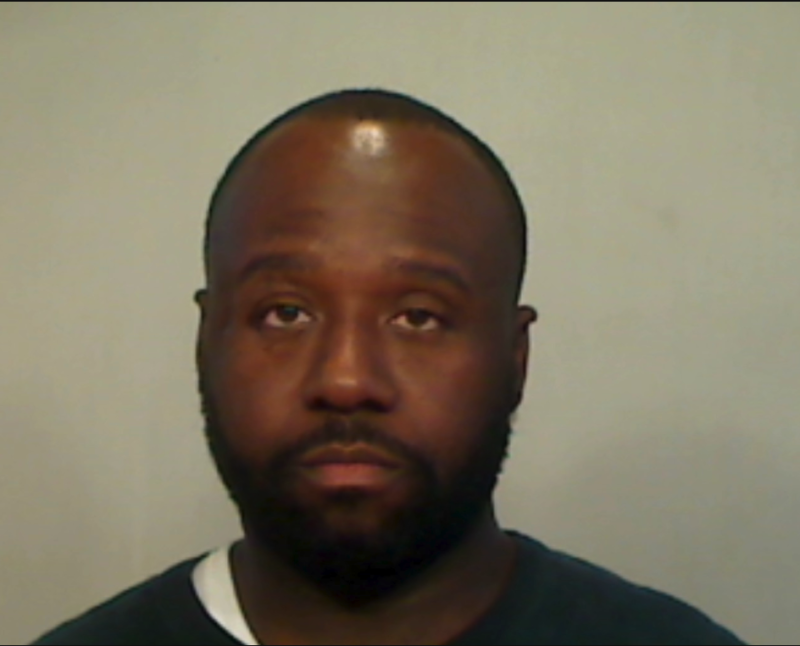 A 35-year-old Monroe County Sheriff’s Office Detention Deputy employed at the jail on Stock Island was arrested Tuesday following an investigation into a road rage incident that occurred on March 29, 2019.

Jatavi Wendall Lee of Miami was charged with reckless driving and obstructing a highway.

Lee was placed on leave without pay on Tuesday. Lee will be provided a pre-termination hearing in which he is allowed to provide evidence, refute or otherwise explain his actions, which is standard operating procedure in such incidents. Absent refuting evidence at that pre-termination hearing, Lee will be terminated on May 13. He was ordered to turn in his badge, uniform and all other Sheriff’s Office property on Tuesday.

“First off: I want to personally thank the citizen who came forward in this matter,” said Sheriff Rick Ramsay. “I take these incidents very seriously. I take enormous pride in policing this community, that includes policing those under my command. When our employees commit crimes or make mistakes they are held accountable and the Sheriff’s Office will always be transparent regarding those matters. I expect the highest level of professional conduct from Sheriff’s Office staff. This type of behavior will never be tolerated under my leadership as reflected in the actions we have taken.”

A motorist went to the Sheriff’s Office Upper Keys Substation on Plantation Key on March 29, 2019 with dash-camera footage he had taken. The motorist stated he is a full-time resident of the Florida Keys and installed the dash-camera on his Toyota car to capture careless drivers on U.S. 1 should he happen to see one. The resident stated that on March 29 he was southbound on U.S. 1 when he saw a black Chevrolet passenger car traveling at a high rate of speed approaching the entrance to Gilbert’s Resort, 107900 Overseas Highway. There is a designated exit lane for those exiting U.S. 1 to make entry to Gilbert’s Resort. This lane is not a passing lane and is clearly marked as such by the Florida Department of Transportation.

The black car passed traffic while illegally using this exit lane as a passing lane at a high rate of speed. The black car then made an abrupt turn back onto U.S. 1 causing the motorist with the dash-camera on his Toyota to slam on his brakes in order to avoid a collision. The black car then passed a white Ford F-150 pickup truck on the left, nearly hitting the concrete barrier. Once the black car was in front of the Ford pickup truck, the black car slammed on it brakes which caused myriad other cars behind it — including the driver of the Toyota who captured this on his dash-camera — to also brake hard in order to avoid multiple rear-end collisions.

The driver of the black car —identified as Lee — can be then seen in the dash-camera footage getting out of the black car directly in front of the white pickup truck, now causing an obstruction to traffic on the highway as everyone behind him was forced to stop. Lee can be seen in the motorists’ dash-camera wearing a green Sheriff’s Office uniform and gun belt. He then says something to the driver of the pickup truck, the audio of which was not captured on the Toyota dash-camera.

The dash-camera footage provided by the driver of the Toyota matched his description of what transpired.

The Sheriff’s Office Internal Affairs Division investigated further. The driver of the white pickup truck was found shortly thereafter and interviewed. The pickup truck driver stated he remembered the incident clearly and even took notes. He stated he is a retired firefighter and did not report the incident out of his professional respect for law enforcement, however, he stated he was grateful the driver of the Toyota had video footage of what transpired. The pickup driver stated he saw a black car behind him rapidly approaching him in reckless manner. He stated that as a retired firefighter he has seen many deaths on roadways, so he moved his truck over in front of the car in an effort to slow its speed. The pickup driver reiterated that once the black car passed him illegally, he too, had to slam on his brakes to avoid rear-ending the black car.

Lee is not trained to make traffic stops. Lee was not driving a law enforcement vehicle when this incident occurred. Lee had no legal basis for the driving patterns displayed nor for stopping traffic on U.S. 1. Lee later told a detective that he was late for work at the Stock Island jail and admitted to driving recklessly and stopping traffic.

Lee was on court supervision and was under court orders to not violate any laws of the state of Florida when this incident occurred. Those court orders stem from an April 6, 2018 incident in Miami Gardens in which Lee pleaded no contest to charges of domestic battery and theft of a license plate tag.

According to Miami Gardens Police, Lee was picking up a child he has in common with an ex-girlfriend from daycare. The former couple ran into one another. The victim was with her present boyfriend. Lee became upset and slapped the woman on the face. He then followed the victim and her new boyfriend to a gas station where he removed her license plate from her vehicle and threatened to shoot both of them. He did not display a firearm when making the threat.

A Miami Gardens Police officer contacted Lee whereupon he admitted to arguing with his ex-girlfriend. He also admitted to removing the license plate because he stated it belonged to him, but he denied hitting her or threatening to shoot anyone.