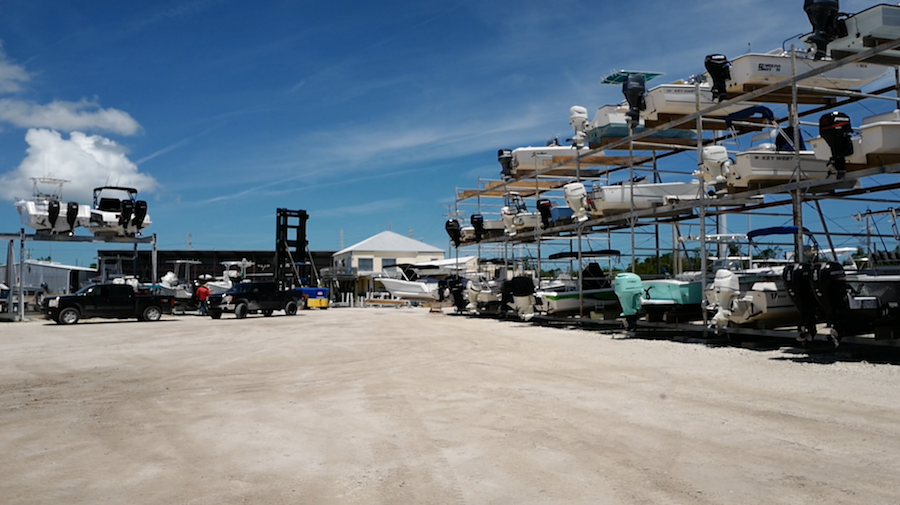 The majority of County Commissioners and staff appeared very optimistic during the May 16th public meeting at the opportunity to purchase the iconic Murray Marine property on Stock Island. But many in the public seem uneasy. “I’ll bet you this is the next Hickory House,” wrote one of our readers, “You should investigate that deal.”

The Hickory House was a jazz bar on the Stock Island waterfront that the county purchased in 2006 for $3.1 Million. At the time, the Commissioners claimed that waterfront access to the adjacent boat ramp needed to be protected. It quickly appeared they had paid too much for the property. The County was unable to find a tenant or even maintain the boat ramp, which soon disappeared beneath the mangroves. After years of embarrassment, the County ended up selling the property at a loss (for $2 Million) to developer Pritam Singh (in 2014). The deal included the added bonus of free county land including the roadway leading to the defunct boat ramp, and highly questionable concessions in the redevelopment of Oceanside Marina. Singh got rid of all boat ramps.

Now the County wants to buy Murray Marine. Since 1969 Lee Murray has run a successful family business selling and storing boats, fixing outboard engines, providing live bait to anglers and running a marine supply store. The question is, does the County need to or even know how to repair outboard engines and keep shrimp alive in a bait tank any more than it knew how to run the jazz bar at the Hickory House?

At last month’s meeting County officials gave three reasons for the purchase of Murray Marine. Forty or so liveaboards and 182 boat slips would be safeguarded from redevelopment, Murray Marine is the only available location for the installation of upland facilities for a mooring field in Boca Chica bay, and finally, in the words of Commissioner George Neugent, at “$8 or $ 9 Million” it will soon seem that the County had bought the 6.4 acre marina “for a song.”

The problem is most of those claims don’t pass the smell test. This is what we found: 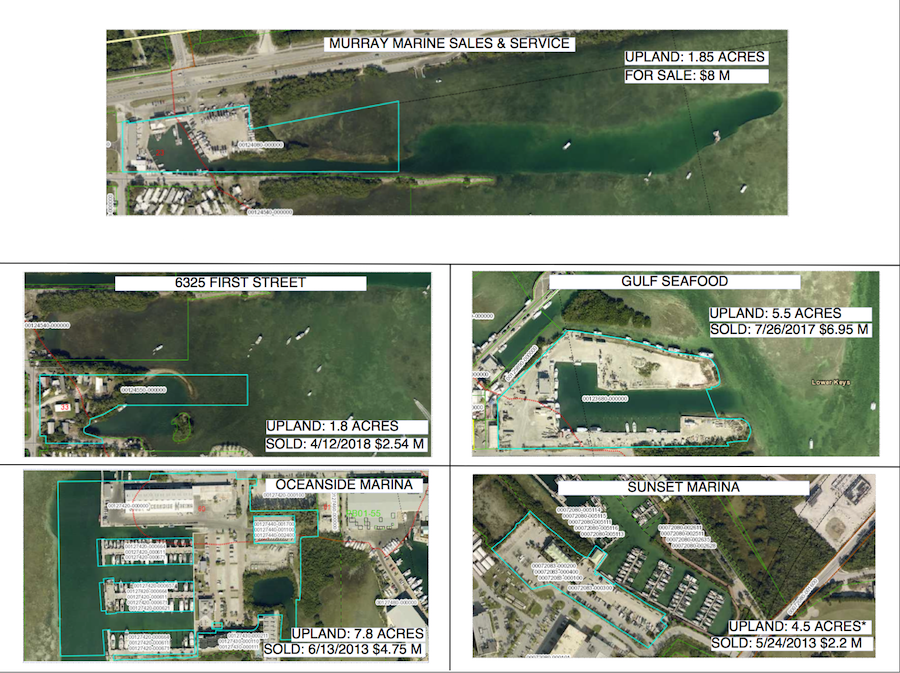 County staff claims the Murray Marine property has “deep channel access.” Gulf Seafood, Oceanside Marina and Sunset Marina properties all have deep water access and dockage available even for large sailboats. However, a quick look at Google Earth shows that Murray Marine is locked into much shallower waters with access limited to shallow draft power boats. In other words, Murray Marine is three times smaller than Gulf Seafood, which has true deep water access and was sold just under a year ago for under $7 Million.

And to add insult to injury a portion of the upland that the County Commission is now looking to purchase was donated to Murray Marine by those very same Commissioners in 2014. That’s right: On January 16, 2014 the County Commission declared a portion of 2nd Street abandoned and through a vote, without opposition or discussion, transferred title to the public right of way to Murray Marine for free. (The architects of this deal were attorney, Barton Smith, and County Planning Manager, Joe Haberman.  The same people who were implicated in the Oceanside Marina controversy.)

And there is another mystery surrounding the Murray Marine property: The south side of the marina’s basin has a seawall and docks alongside the County ‘s Laurel Avenue. The Property Appraiser’s records clearly show that the area is not included in the Murray Marine parcel, yet it is fenced off and accessible only from Murray’s side. Is the County going to also buy a seawall it already owns, or will the Commissioners first give it away before buying it back?

Only Site for Mooring Field?

What about the claim that purchasing “$8 to $9 Million dollar” Murray Marine is the only way to provide amenities for a mooring field in Boca Chica bay, something the County has been trying to do for years? Just 2 months ago (April 12, 2018) a waterfront parcel just a rock’s throw away from Murray Marine, at 6325 1st Street, sold for $2.5 Million. It has 1.8 acres of upland and 1.5 acres of bay bottom, perfectly accessible for dinghies used by liveaboards and plenty enough space for amenities.

Better yet, the County has a $5 Million lien on an approximately $1.3 million vacant double lot immediately south of the proposed Boca Chica mooring field, at 6633 Maloney Ave. The owner of this half-acre of upland is deceased. For years he collected rent on 11 trailers and liveaboards which he failed to hook-up to the central sewer system. Code enforcement fines have mushroomed into a $5 million debt. After Hurricane Irma the Department of Health found “grey flexible hose running what appears to be sewage/black water directly into the ocean.” The property has dockage suitable for dinghies and plenty enough space for a trailer like the one the City of Key West installed for its own mooring field at Garrison Bight.

If the County Commission truly believes it wants to help the liveaboards of Boca Chica bay by providing dinghy dockage, showers and laundry services, why not foreclose on that delinquent property on the waterfront side of Maloney Avenue?

At the meeting only one Commissioner qualified the purchase as fiscal irresponsibility. Commissioner Danny Kolhage objected, pointing out that the County will need to find about $15 Million just to cover the costs of Hurricane Irma.

The final justification for buying Murray Marine was the need to protect working waterfront. But that is also questionable. Commissioner Heather Carruthers claimed during the public meeting that some 40 liveaboards would be lost if the property is redeveloped. However, during our visit, we could not find any liveaboards at Murray Marine’s docks and management confirmed that there are no liveaboard boats allowed on the property.

At the meeting attorney and activist, Jan Edelstein, agreed that the 182 mostly dry-slips at Murray Marine should be protected, but she argued that the County could save all the money and simply use its regulatory zoning powers to keep Murray Marine just the way it is.

It is true that Monroe County has rules aimed at protecting working waterfront but it also seems this County has never seen a waterfront redevelopment project that it did not like. Working waterfront rules should have applied at Oceanside Marina to limit the number of buildable units but they were simply ignored.

In the past it often seemed as if those popular restrictions on development were only adopted so they could later be waived at the appropriate moment as a favor to a developer. The price of one such “favor” was at the center of an FBI bribery investigation in 2005 when then County Mayor, Jack London, and then County Attorney, Jim Hendrick (also developer Pritam Singh’s attorney) were indicted over a $29,000 bribe involving the redevelopment of Hall’s Fishing Camp in Marathon. The trial reached its climax when prosecutors played a secret recording of Hendrick, clearly impressed that London had not blabbed to the FBI about what he and Pritam Singh had done.