The wind arrived swiftly. The waves built more slowly – but also more dangerously. Suddenly AVENTURA was no longer gently tugging at her anchor. She was lunging and jerking perilously. I let out more chain to calm her, but the seas kept pounding us. The gorgeous little island with its massive coral formations had protected me from the prevailing winds for the last two days. But now that we had swung around 180 degrees, those reefs were a million-machete menace.

I had snorkeled them that afternoon and their beauty had dazzled me. However, their contours had worried me. In many places the water depth would drop from 15 feet to 2 feet in only a few yards. Dashed against them, my fiberglass boat could quickly be punctured, filled with seawater and destroyed. I would lose my home, my magic carpet, my companion.

To further complicate my precarious situation, there were no shore lights nearby that I could use to determine if my anchor was dragging. This was an exquisite but very remote section of the Archipelago of Bliss. Tonight it felt like the Archipelago of Fear.

Although I rarely use electronic navigation, on this dark and stormy night I turned on my GPS and monitored the last three digits. If they remained the same it meant my anchor was holding. It took about four hours for the wind and waves to decrease and for the danger to pass. Although I was exhausted, the adrenalin in my bloodstream made sleep difficult. So I went on deck with my clipboard and its little light to sort out a few things that had been troubling me of late.

I don’t know exactly what sparked it – but a philosophical weariness had descended upon me in recent days. The apparent uselessness of my late life quest had driven me so far down … that it looked like up to me. All I sought, in what I refer to as “The Remainder,” was to reassess the world from a perspective of maturity, and to share my discoveries with whoever might be drawn to them. I pursued this mission because it seemed like a noble and worthy way to pass one’s autumn years. But increasingly it feels not just like a fool’s errand but a fool’s failure.

It just appears increasingly obvious to me that the humans of Earth cannot reform themselves – no matter how many voices attempt to awaken them to a wiser path. They will continue to allow war and hunger and injustice. They will not stop worshipping stuff and “leaders” and invisible tyrants in the sky. They will drool over the Kardashians; and not even know who The Great Sinclairs might be – Sinclair Lewis and Upton Sinclair. Even though we fools cry out to them from the watchtowers, they fail to notice their iAddictions and the electronic eyes that ceaselessly shadow them. The futility of it all is enough to turn a Pollyanna into a Nietsche.

And on a personal level, am I not an even greater fool as I sit here writing this in a beautiful sailing ship that can transport me anywhere on this lush planet where there is six feet of water? Why do I instead keep flailing at windmills with my cyber-lance like a demented Don Quixote?

Fame and fortune is not my motive. I am too late in life to be enchanted by that charade. My website bears this out. You will find no donations tab or Patreon link or advertisements. It is just a collection of a hundred or so essays trying to shed a bit more light on a shadowed world.

My closest friends know that I refer to these pieces as my “leave behinds.” From the very beginning I realized that they would largely be unheeded during my lifetime. But I have tried to sculpt them powerfully and poetically enough that decades from now, they might be recognized for their truth and their kindness. But now even that modest aspiration seems like a delusion.

The fool looks into the mirror and sees a clown … and a phantom. 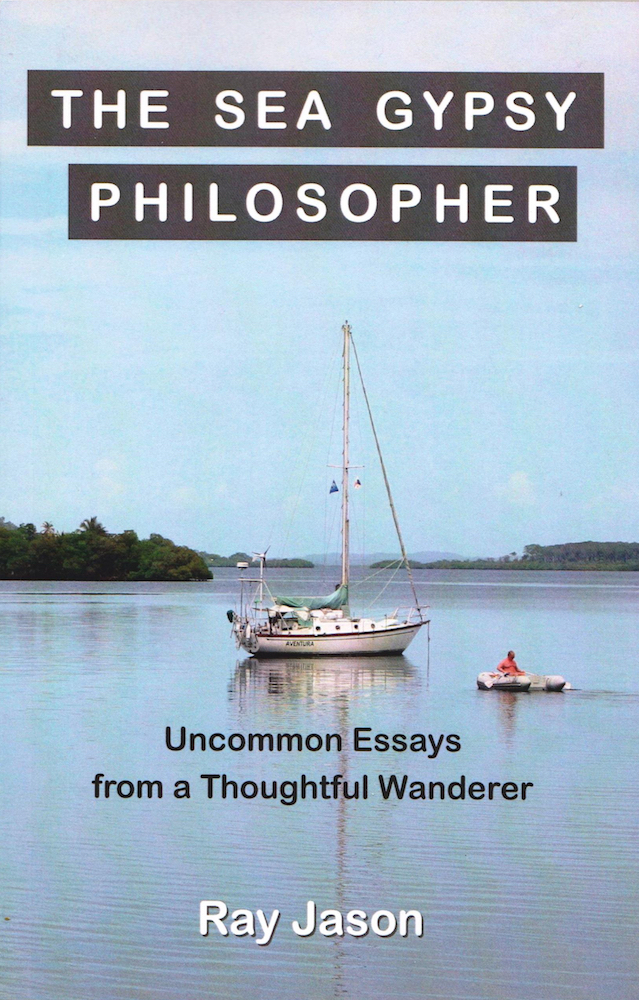