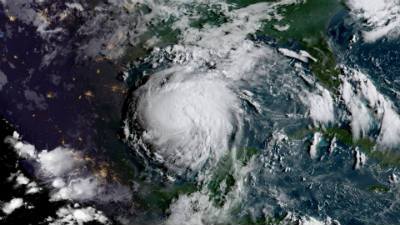 As I write this, Hurricane Harvey hovers off the Gulf Coast, menacing Louisiana and possibly ramping up for another go at Texas. Much of Houston, the fourth largest city in the United States, is under water.

It may be weeks before the storms end, the waters recede, and basic utilities are restored. But this, too, shall pass — and then begins the rebuilding. Who’s going to do that rebuilding?

A few years back, a contractor who built houses in Louisiana and Mississippi after Hurricane Katrina in 2005 answered that question for me. Demand for construction workers was high, but many American workers weren’t especially interested in spending months away from home, living in trailers or tents. And those who were willing to take jobs that didn’t have them home every night understandably commanded premium pay.

If not for large numbers of largely “undocumented” workers who showed up ready to work for reasonable wages, the contractor told me, the work simply couldn’t have been completed in any reasonable time-frame or at any reasonable cost.

Even before Harvey, an April 2017 poll by Texas Lyceum found that 62% of Texans believe immigration helps the US more than it hurts, and that 61% of Texans oppose US president Donald Trump’s “border wall” project.

Hopefully those numbers will go up as the bills for Hurricane Harvey start to arrive and the need for (re)construction labor begins to mount.

Hopefully, President Trump will re-think both his border wall proposal and his emphasis on immigration enforcement, and order at least a temporary draw-down of Border Patrol and Immigration & Customs Enforcement operations, especially along the Gulf Coast.

The conflict Donald Trump faces now is one of priorities. He can indulge his immigration obsession or he can let the market rebuild Houston. He can’t do both.

To put it bluntly, America can’t afford to live without Houston and the rest of Gulf Coast Texas for even a moment more than absolutely necessary. If the Houston metro area was a country, its GDP would rank 28th in the world. It routinely ranks near the top of US job creation and paycheck indices.  Even setting raw human suffering aside — and we shouldn’t — the rest of America will feel each day without Houston in our pocketbooks (possibly to the point of recession).

7 Responses to “Hurricane Harvey: About That Wall …”