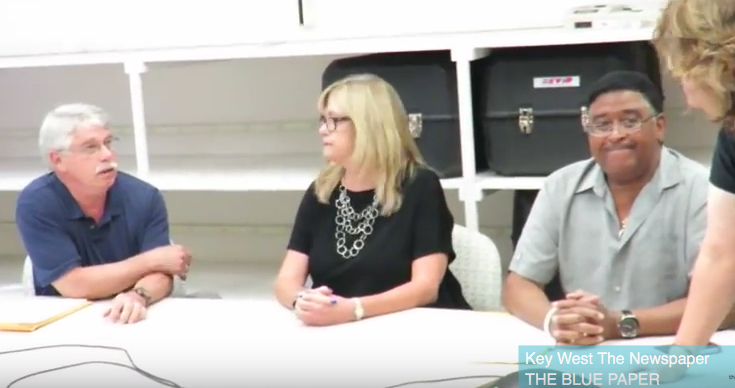 I am drafting a potential opinion piece concerning the concept that the City Attorney is the most powerful person in city government. Before you read the rest of this email, know that I consider you one of the best city attorneys in the city’s history and your longevity in the job speaks to that. One reason I feel this way is that I know you have gone out of your way to help me with big stories in the past– the Mauldin scandal, for example. So bear with me here.

Actually, what I have in mind would be an update of a commentary I have written several times over the years– the thesis being that a legal opinion by the City Attorney can literally change a vote by the City Commission. This is not necessarily a bad thing– assuming a competent, honest City Attorney. But what if the City Attorney has an agenda? The best (or worst) example of this is the construction of the “Big Steel Building” on Duval at Front a number of years ago. I’m sure you will recall that, for years, that little piece of property next to Two Friends Restaurant was vacant and was sort of a little park. But with progress comes change. Somebody bought or leased the property and planned to build a big building there. Attorney Halpern was hired to represent the project. The size of the building required an impact study before a building permit could be issued– but Halpern represented to the City Commission that the building was smaller than that and, apparently, no city staffer bothered to check it out. At one time, Commissioner Joe Pais demanded that staff be able to document the actual size of the building at the next meeting, but he was ignored. Months later, staff was finally forced to reveal that the building had indeed required an impact statement– but by that time, the building permit had been issued and construction was underway. Pais demanded that an impact statement be required after the fact– and the majority of the members of the Commission, who now were aware that they had been duped, seemed ready to support Pais. But the City Attorney, who had been quiet about the need for an impact statement throughout the process, now pontificated something like, “If you require an impact statement now, the owner of the building will sue and he will win.” And that was the end of that. Strangely, as far as I recall, no city staff member was fired or disciplined.

Recently, you appeared before the Canvassing Board by telephone to advise them on the role of the board in the Bob Dean case. You should have been there in person if, for no other reason than to see the show. Cheri Smith already had her mind made up. But poor Clayton and Jimmy gave new meaning to the term “hapless”– trying to figure out how to do the wrong thing while a roomful of people were watching. So they desperately appealed to you, asking if “intent” could be a factor in their decision. I don’t know if that question was pre-arranged, but you basically answered it with a one-word answer: “Yes.” No advice concerning the massive amount of evidence that proves beyond the shadow of a doubt where the man actually lives!

Help me out here with the law behind your advice to the canvassing board– because I know that you absolutely know that Bob Dean actually lives in that big house in Key Haven and not in that little apartment on Bahama Street.

HERE’S WHAT THE CITY ATTORNEY TOLD THE BLUE PAPER

On the day of the Canvassing Board meeting I was traveling to Gainesville so my daughter could attend a softball camp hosted by the University that we scheduled long ago. I certainly would have preferred to be there in person. However given some recent health issues, I’ve committed to not let this job rob me of opportunities like that with my family.

The questions asked by members of the Board were not scripted in any fashion. In fact, I think I even said at one point that I didn’t understand what Commissioner Weekley was asking me. From the legal standpoint, intent is one of the primary factors for consideration as the case law points out.

However, I informed them the decision was based upon the concurrence of intent (subjective) and facts (objective). I informed them that they had to make their decision on the documents presented to them and weigh that like any other evidence. My role is not to argue one side or the other, but to apprise them of the legal standards upon which their decision should be based. Once I advocate for one position or another in any setting like that I believe I lose my effectiveness as an adviser on the law. Long ago my late friend and long-time government attorney Richard Collins advised me the only way to do this work is to give your Board the best legal advice possible and recognize that what they do with it is up to them.

I hope this helps clarify my role in the Dean matter.

See exclusive video and commentary about the Canvassing Board’s well-attended meeting… in case you missed it.  Commissioners Jimmy Weekley and Clayton Lopez, along with City Clerk Cheryl Smith took the now infamous decision.

14 Responses to “How Influential Was the City Attorney in Canvassing Board’s Bob Dean Decision?”