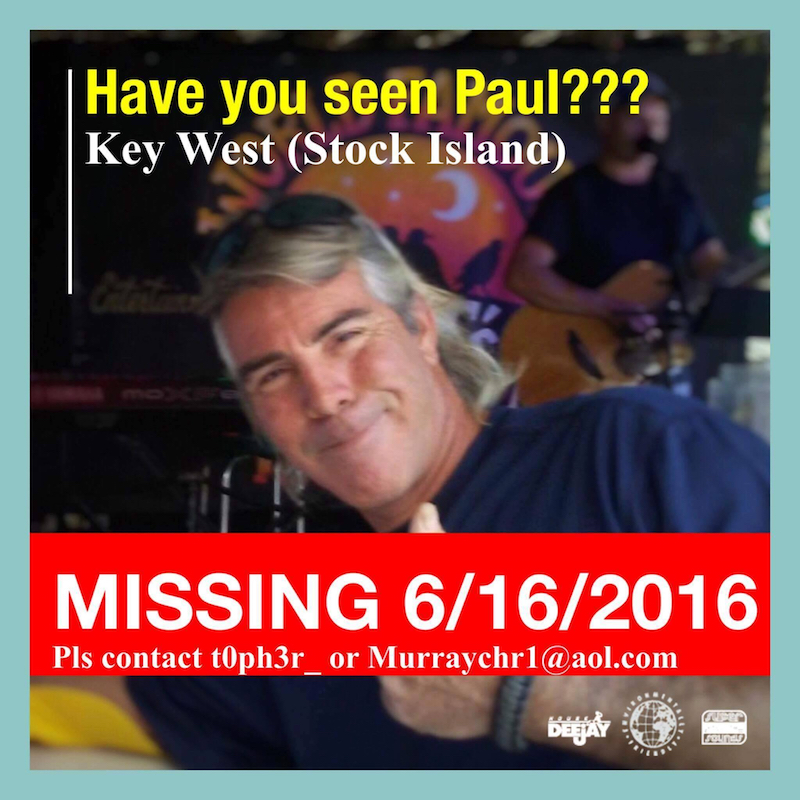 Sheriff’s detectives are hoping to help locate a Marathon man whose family and friends say they have not seen nor heard from him since June 16th.

48 year old Paul Thomas Murray, who lives on a boat in Boot Key Harbor in Marathon, told family members he was going to help a friend move a sailboat from Robbie’s Marina on Stock Island to Boot Key Harbor on June 16th. A short time after that, the sailboat he was supposed to help move, called the “Hornet” was located, grounded on some rocks a short distance away from Robbie’s Marina. No one was on board.

A friend of Murray’s named “Red” reportedly told Murray’s father he woke up at 4 a.m. on the 17th on his own boat when Vanaria came to him by dinghy and asked him if he would take care of his dog because he had to leave town.

The family was also told that Murray and Vanaria had reportedly gone out sailing at around 6 PM and the “Hornet” was grounded in the middle of the night.

Paul has not been seen since he left with Donny at 6 PM. Murray’s family says there has been no activity on his credit/debit card or cell phone.

Anyone who knows anything about Murray that might help find him, or find out what happened to him, should contact Major Crimes Detective Dawn Agusto at 305-289-2410. 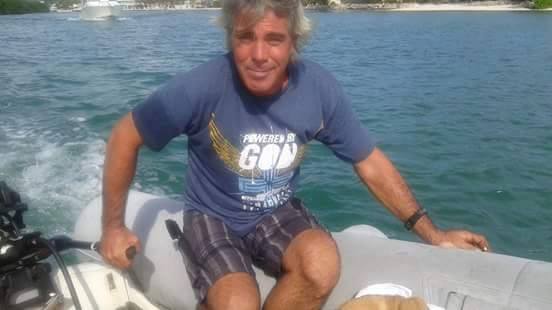