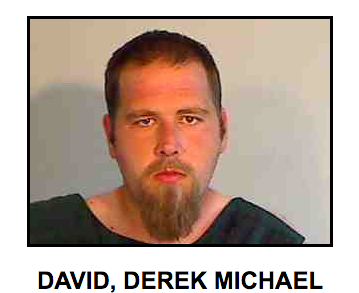 The shooting happened at about 1:25 a.m. in the area of Rick’s Bar.  Surveillance video from the bar reportedly shows David at one point dragging the woman down Charles Street and knocking her to the ground. Two men are seen running over to help before the suspect fires into the air and then reportedly opens fire on the men who were trying to defend the woman. They weren’t hit but three other people in the area were. Scott McBride, 54, was treated at Lower Keys Medical Center. Brenden Boudreaux, 35, was airlifted to Ryder Trauma Center in Miami. Ogden Reid, 27, was also airlifted. The victims are all reportedly in stable condition.

David is now reportedly charged with:

David bonded out on Thursday night at 7:25 pm, the amount of bond was $482,500 according to the Monroe County Sheriff’s Jail Records Department .

Surveillance Video from Rick’s Bar with commentary below: