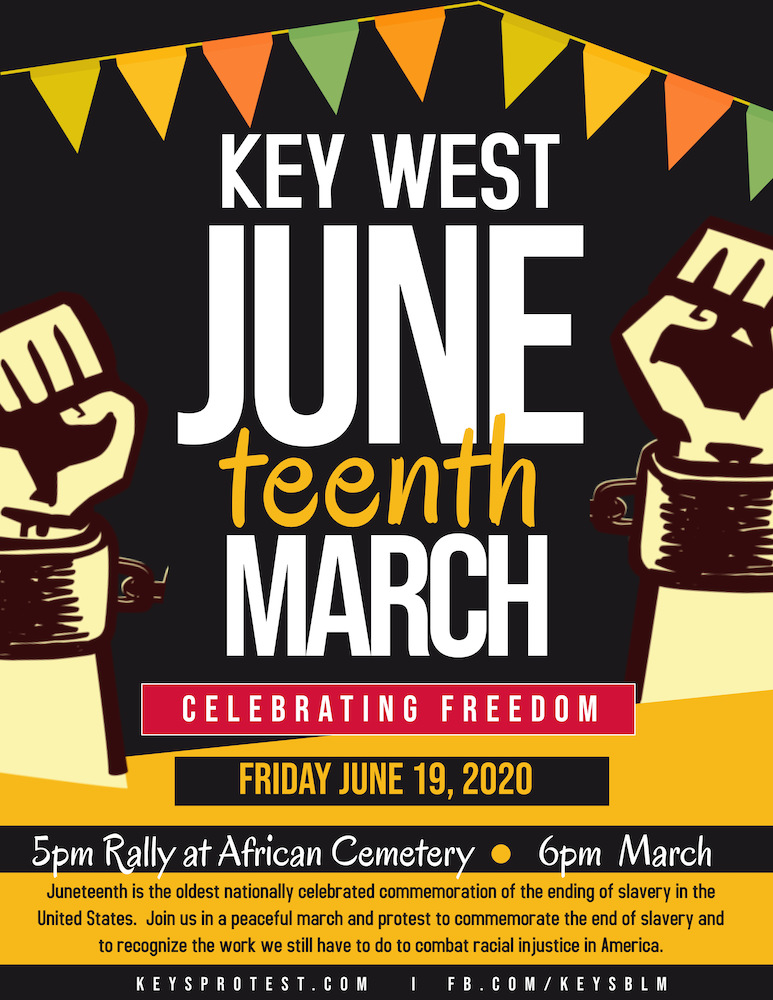 This Friday (6/19/20), a group of Key West citizens is organizing a peaceful Freedom March to celebrate Juneteenth, which is the oldest nationally celebrated commemoration of the ending of slavery in the United States.

The Freedom March commences with a rally at the African Cemetery at White Street Pier at 5pm before beginning to march towards Mallory Square at 6pm.

The peaceful Freedom March will feature speeches from members of the community, music and other colorful contributions celebrating the culture of People of Color in Key West and all over.

The general public is invited to this free event and the City of Key West has granted their support.

In addition to celebrating Juneteenth, the goal of the Freedom March is to defend black lives and black freedom, raise awareness and acknowledge the injustice and discrimination People of Color face in this country as well as the work we still have to do to achieve Key West’s vision of One Human Family.

Details about the event:

● Organizers: a group of Key West citizens (unaffiliated with any organization or institution)