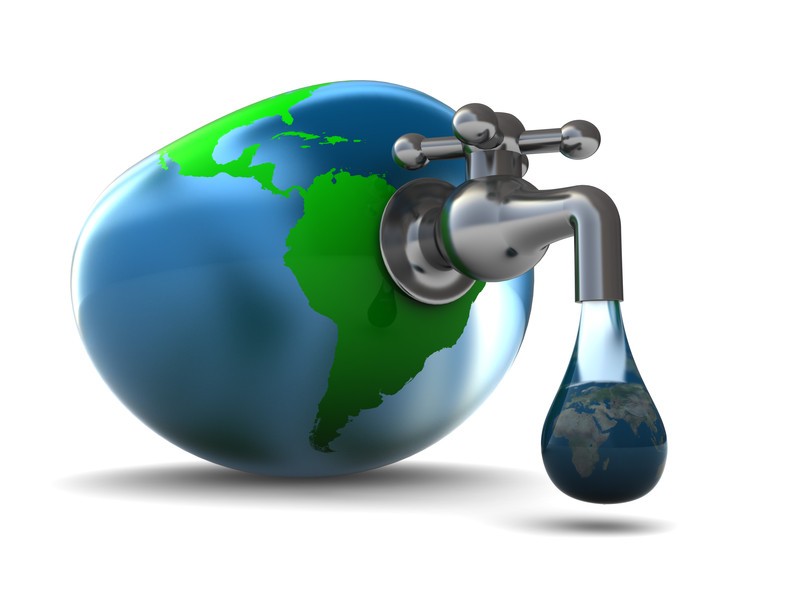 Anyone who has followed this issue of hydraulic fracturing or fracking might be more than a little surprised to discover that companies want to frack right here in the Sunshine State. Most people consider it something that happens elsewhere. Like Canada. Or New York.

It turns out that as recently as December 2012, Florida began receiving applications for permits to drill new wells in the Panhandle, in southwest Florida near Naples and Ft. Myers, and in the sensitive ecosystems around Big Cypress and the Everglades.

While no one would consider fracking in the Keys, there is concern about our water supply, which comes from the mainland. That’s why Monroe County Commissioner Heather Carruthers will introduce a resolution at next week’s county commission meeting that supports a ban on fracking in Florida or “in any area that would impact the water supply or watersheds of the Florida Keys.”

The resolution goes on to say that “fracking threatens the environment with long-term irreparable damage to sensitive ecological resources and to the public health and safety of our residents and visitors.”

Carruthers commented via email that, “I placed this item on the agenda because I know that constituents in the Keys are concerned about this issue (which was certainly highlighted with the showing of “Groundswell Rising” at the Tropic).”

She went on to say that, “There have been some pro-fracking bills floating around the legislature, and I wanted to add our county’s opposition to that expressed by other counties in the state. As a mom, I’m also very concerned about the future health of our environment and protection of our drinking water.’

The Florida Keys Aqueduct Authority is on board with the effort also. Executive director Kirk Zuelch indicated in an email that County staff had been in contact with FKAA and has provided them a draft of the resolution, which they have reviewed and support.

To date, Florida has only experienced conventional forms of extraction that drill a few hundred feet below the surface and do not use large volumes of chemicals to extract oil. But Florida could see considerably more drilling and fracking — potentially over 1,000 new wells in the next decade or so — that could use the more modern forms of acidizing and acid fracking that are now being used around the country.

So what exactly is fracking?

Hydraulic fracturing, or “fracking,” is an extreme drilling process used to recover oil and natural gas from deep underground. The process uses a mix of water, sand and hundreds of chemicals injected downward and horizontally at incredible pressures to fracture rock formations and release the oil and natural gas. Benzene, a known carcinogen, as well as ethylbenzene and toluenes, are among the toxic hydrocarbons and other chemicals used in fracking fluids, and present in the resulting wastewater and the oil produced.

The technique puts particular pressure on Florida and the Keys because fracking uses a large volume of water. The process typically requires injecting millions of gallons of water for each well. The Keys already are pumping the maximum amount of water allowed by the South Florida Water Management District just to satisfy current needs, so any reduction in the available resource would certainly cause problems for residents and the tourism industry upon which our economy depends. [Note: The Blue Paper contacted the South Florida Water Management District on this issue but they wouldn’t respond. Author’s comment: Their media person was a first class jerk about the topic and suggested I contact the EPA.]

The fracking fluid that returns to the surface after being injected is mixed with oil and contaminated brines, creating a host of waste disposal problems. Dumped into pits that are sometimes unlined or otherwise poorly constructed, the toxic fluids can seep into aquifers and local wells. Conventional wastewater treatment facilities can’t handle the waste, and there are no standards for pretreatment by private companies, which ultimately dump the contaminants into public sewage systems or landfills. Injecting the wastes back underground is causing earthquakes across the country (as in Oklahoma).

Hundreds of peer-reviewed studies published in recent years have pointed to certain harms from fracking and have raised unanswered questions about significant risks. The negative impacts on communities include air and water pollution, the marred landscapes and the waste disposal problems, along with radioactivity and earthquakes. Burning the type of oil produced by fracking generates higher levels of greenhouse gases, which are on pace to bring destructive climate change and sea-level rise, potentially flooding entire coastal economies. The Keys are already seriously threatened by sea level rise.

According to an article by William Gibson in the Sun Sentinel on July 5 of last year “Controversy spreads over Everglades oil drilling,” it’s likely that contaminants from oil and gas wastes have already flowed through the Miami-Dade water system. A mix of hydrocarbons and brines is brought regularly to Opa-Locka for “pre-treatment,” before being dumped into Miami-Dade’s sewer and storm water systems.

But is fracking a realistic possibility in Florida?

The Florida legislature has considered two bills that would permit fracking and allow the companies doing it to keep the types of chemicals involved secret. Both bills were defeated because of the wrangling the legislature got into over this year’s budget. HB 1205/SB 1468 would have paved the way for further fracking in Florida by creating a narrow set of regulations. As a result of mounting public pressure, the bill was amended to include a moratorium on fracking during a year-long study. The bill passed the Florida House on mostly party lines but did not match the senate version, which was facing growing resistance among senators. As a result, when the legislature adjourned, the bill died.

HB 1209/SB 1582 would have prevented Floridians from knowing what kind of chemicals are being used in the fracking process by creating a public records exemption. A new records exemption like this requires a two-thirds vote in both legislative chambers. The bill died in the House as it was unlikely to achieve a two-thirds vote. However, those who wish to use this technique in Florida will certainly bring the bills back.

New Federal rules about revealing the chemicals being used in fracking operations only apply to drilling on public lands. The Interior Secretary, Sally Jewell, who oversaw the creation of the rules, noted to the NY Times that regulations will allow government workers to inspect and validate the safety and integrity of the concrete barriers that line fracking wells. They will also require companies to publicly disclose the chemicals used in the fracturing process within 30 days of completing fracking operations, using an industry-run website called FracFocus. According to the Times, environmental groups offered only lukewarm praise for the regulations, which they said included too many concessions to industry groups. And, of course, as is typical with Federal rules, frackers will be allowed to police themselves.

In Florida the bills even had a provision to deny local governments the right to create their own ordinances against fracking. The Environmental Preservation and Conservation Subcommittee, chaired by Sen. Charlie Dean, and the Agriculture and Natural Resources Conservation Subcommittee, chaired by Rep. Tom Goodson put forth bills that would prohibit local governments from creating their own ordinances banning or controlling fracking. Cities like Coconut Creek, which passed an ordinance prohibiting fracking, would be ignored if the bills are ever passed.

The county commission, the Aqueduct authority, and many others are more than a little concerned about the possibility that companies will be allowed to use this technique nearby. Not only do the chemicals that these companies use threaten water supplies, not only does the process consume very large volumes of water, and not only does fracking threaten to dump carcinogenic chemicals into the ocean causing untold damage to sea life, but fracking also produces oil that is very high in carbon content, which can only exacerbate climate change and the resulting sea-level rise.

Material for this article was drawn from information provided by Food & Water Watch.

6 thoughts on “Fracking? In Florida?”