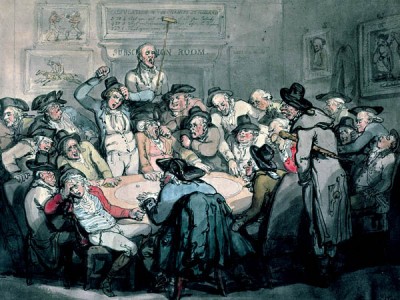 (Tallahassee, Fla.) – Tourism and hospitality leaders of the Florida Restaurant and Lodging Association came out strongly against late filed legislation to allow the expansion of gambling in the Sunshine State.  House Bill 1233 by Rep. Dana Young (R-Tampa), filed on the eve of Florida’s Legislative Session, seeks to provide licenses for destination resorts under a new Department of Gaming Control.

“We will continue to fight this legislation, along with any other measure that seeks to expand gambling under the false pretense that it will bring additional jobs, attract more tourists, and increase Florida’s tax base,” said FRLA President and CEO Carol Dover. “Florida currently enjoys record number of tourists, and provides a strong ROI on tourism and hospitality dollars. We are confident legislators won’t be fooled by casino operators’ false arguments.”

“Florida’s tourism industry is predicated on pristine beaches, family-friendly attractions, and world-class and unique hotels and restaurants,” said 2015 FRLA President Andrew Reiss. “To believe for one moment that our state needs to establish so called destination resorts as an economic development measure, when other states have seen firsthand the harm done to local economies, is a cautionary tale that Floridians would be wise to adhere,” concluded Reiss, owner of Tallahassee-based Andrew’s Capital Grill & Bar and Andrew’s 228.

In a February 2015 Miami Herald opinion editorial, Collapse of Atlantic City casinos a cautionary tale for Miami, former CEO of the Beacon Council Frank Nero stated, “What we see in Atlantic City is the full life cycle of the impact of casinos on a local economy. We see the casinos cannibalizing local restaurants and retail establishments until they are out of business. We see billions of dollars flowing to out-of-state casino companies with a pittance remaining in the local economy. We see efforts to diversify local economies thwarted.”

A January 2015 Associated Press story, Atlantic City mayor predicts 2015 will be ‘a year of healing’ but expects another casino to close,reports the following scenario, “The loss of four casinos blew an unexpected hole in the city’s finances — which were atrocious to begin with. Six years ago, Atlantic City’s taxable property was worth $20 billion; that figure is now $11.2 billion, and [Atlantic City Mayor Don] Guardian expects it to shrink to about $7 billion before long. Steep spending cuts and layoffs that were already planned suddenly had to get even more drastic. Taxes went up 22 percent in his first year. Guardian planned to cut city spending by $40 million over the next four years; he now plans to cut that much in three years. Layoffs will include police officers and firefighters, and an entire department of city government could be eliminated.”