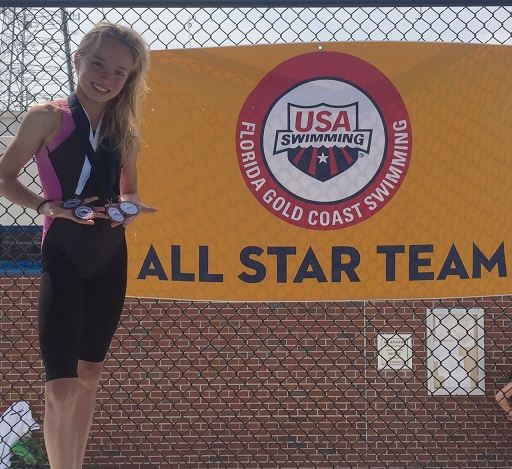 Abbie Sargent made it for the second time to the All Stars swim meet placing 3rd in the state under 10 years old for 100 Breast.

Zoe swam in Senior Sectionals which is the first step towards national-level competition. She was racing against international athletes as well as Olympian swimmers. Abbie, Corley, and Zoe swam recently in the 2017 FGC Swimming Junior Olympics, held in Coral Springs March 17-19, while Zybo and Courtney both competed in the FGC Senior Championships March 24-26 held in Pembroke Pines, Florida. 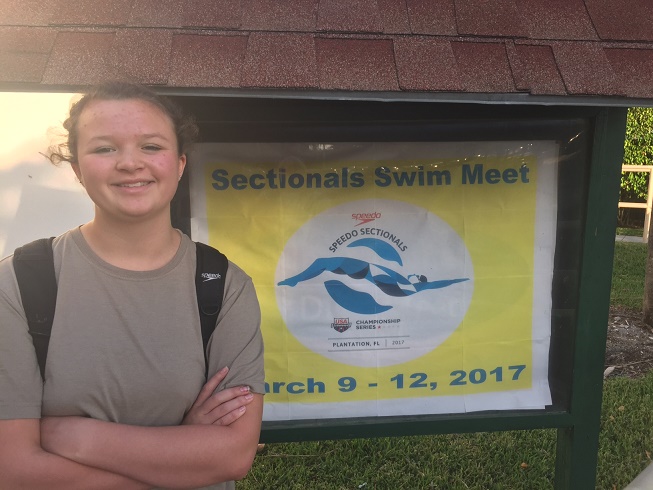 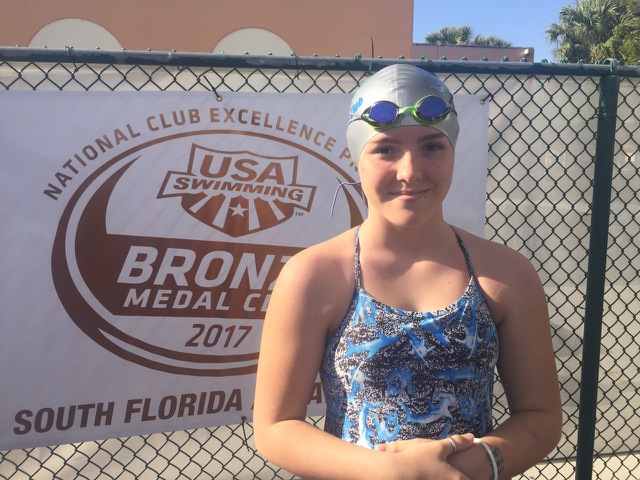 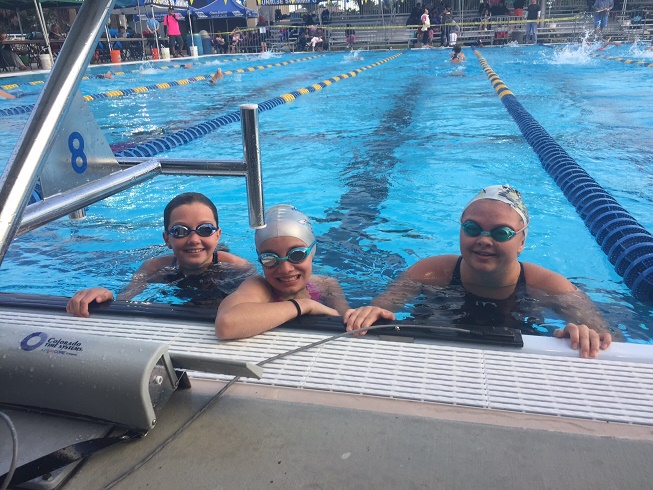 Corley, Abbie and Zoe at March 2017 JOs at Coral Springs