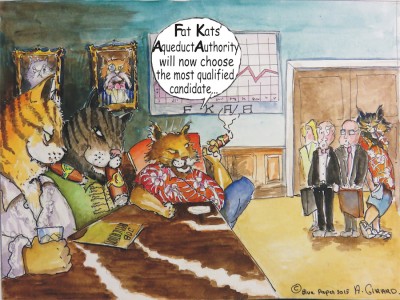 by Naja and Arnaud Girard**…….

As of Thursday afternoon, the office of the Monroe County State Attorney has begun investigating the Chairman of the Florida Keys Aqueduct Authority [FKAA] Board of Directors.

J Robert Dean (aka Bob Dean), the man who for years has been presiding over a board that commands a $50 million annual operating budget and over $200 Million in Keys central sewer construction contracts, may have been lying about having the right to his seat on the FKAA board.

If confirmed, the fraud would also involve Mr. Dean’s right to vote in Key West elections and, as it turns out, his right to a seat on another mysterious multimillion dollar board: The Key West Housing Authority.

It all started last week with the controversial resignation of another FKAA board member: Melva Wagner.

The claim was that Ms. Wagner no longer lived in the Florida Keys (a violation of the state’s enabling statute that governs FKAA). She tried, with the support of FKAA’s attorney, to deny the accusation, but by the end of the week even her own [former] neighbors had made public affirmations that Wagner and her family had moved to Naples for good over a year ago. She resigned.

Now the same claim is made against Chairman Dean himself. However, in his case, the consequences could be much more dire.

In 2005, Mr. Dean was appointed by Governor Jeb Bush to represent the Key West district on the FKAA Board of Directors. Last week a Blue Paper article pointed out that Mr. Dean has a homestead exemption for his Key Haven home. If Dean lives outside city limits he is not eligible to represent Key West. Mr. Dean however claims that he lives on Bahama Street, behind his Key West funeral home.

“Are we really expected to believe,” asks Colby Fisher, who has been investigating job fixing allegations at FKAA for the past year, “that Mr. Dean lives at 417 Bahama Street with at least 5 other people [based on names found on front porch mailboxes] while his 80 year old wife lives alone in a house outside the Key West city limits?”

Colby Fisher observed that there are two mailboxes at 417 Bahama Street. However, the two paper tags affixed to the boxes are attributed to other people, not Robert Dean.

But his position on the FKAA board may not be Mr. Dean’s main problem. The issue is compounded by the fact that, even though he and his wife claim a homestead in Key Haven, Robert Dean is registered to vote in Key West.

“Homestead,” said Supervisor of Elections, Joyce Griffin, “should normally determine where you vote. Voting rules and homestead rules are kind of joined together. If he is voting out of his precinct, it is a criminal offense.”

On Wednesday, her office mailed Dean a voter information card asking him to state whether or not he lives in Key West. “The criteria for us is basically where do you sleep,” says Ms. Griffin.

So where does Mr. Dean sleep at night? In the past he has answered the question with, “that’s a personal matter.”

Joyce Griffin said the issue had been brought up before, when she was the assistant to the Supervisor of Elections. “The only thing we did back then was to call him and ask, ‘Do you live in Key West?’ – and he said he did.”

“His car is registered in Key Haven, the address on his driver’s license is in Key Haven,” says Randy Pekarik, the Homestead investigator for the Monroe County Property Appraiser. “Utilities are all in his name [at the Key Haven home]. I don’t know about the voting rules, but as far as homestead goes, it is pretty clear he lives in Key Haven, not in Key West.”

We also found Florida Department of Corporations records that show Dean has consistently given his personal address, as a corporate officer for both of his businesses, as his home on Key Haven. [See Here and here] Likewise, his current license as a funeral director gives his personal address as his Key Haven home.

In Florida, voting outside the district where you reside is a felony of the third degree punishable by up to 5 years in prison. So why did he do it? Why would Mr. Dean expose himself to – even giving the impression of – such impropriety?

If our information is correct, Bob Dean has spent about 26 years serving on the FKAA board. However, he was out of the picture from early 2001 through 2004 when the legislative mandate to sewer the Keys began being implemented. FKAA was designing over 200 million dollars worth of public works projects that would be funded with public money.

Battles erupted over who would control all that money and Mr. Dean was rushed back in, in 2005, through the open Key West, district 3, seat.

The rhetoric at the time was virulent:

“What we have here,” said State Representative Ken Sorenson [in 2005], “is a board that has the right to go out and bond unlimited millions of dollars, which become the obligation of the Monroe County taxpayer. The complaint is that they are not accountable.”

There is little doubt that the same distrust for FKAA and the more recent public outcry regarding lack of transparency about hiring practices, awarding of grinder pump contracts, use of shallow injection wells, and public records responses, is the wind behind the current attack on its chairman.

Tolerating board member Melva Wagner’s repeated telephonic appearances for board meetings for the better part of a year is representative of the questionable practices that have been ongoing at FKAA under Chairman Dean’s direction.

Last week, State Attorney Catherine Vogel sent correspondence to District 1 board member Cara Higgins, pointing out that, under Florida’s Sunshine Law, Ms. Wagner should have been allowed to attend telephonically only in case of medical necessity.

“… my reading of the [Attorney General’s] opinion suggests mere inconvenience is not a sufficient circumstance,” wrote Ms. Vogel.

[Could this possibly nullify the board’s decisions during those sessions?]

To make matters worse, Mr. Dean also sits on the board of the Key West Housing Authority, which under City Code section 38.117, requires all members to be “permanent residents and electors of the city.”

If Mr. Dean is living in Key Haven, he certainly doesn’t qualify to be on the Housing Authority board either, but then again three of the other four members of that board don’t reside in Key West either. In fact, two of them live in … Key Haven.

But that is a story for another Friday…

**Special thanks to Colby Fisher who assisted with research and the collection of documentation material. 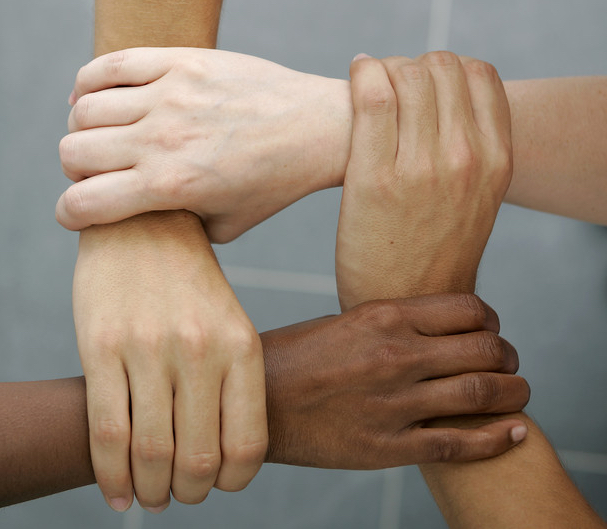 68 thoughts on “FKAA Board Chairman Under Criminal Investigation”