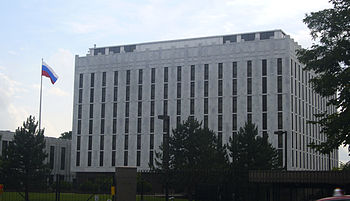 On December 1, former National Security Advisor Michael Flynn pleaded guilty to two counts of lying to the FBI about conversations he had with  Sergey I. Kislyak, then Russia’s ambassador to the United States. The charges, and Flynn’s plea, were part of Special Counsel Robert Mueller’s investigation of “Russian meddling” in the 2016 US presidential election.

Finally! Hard evidence! The Trump campaign really did work with the Russians to fix the election and deprive Democratic nominee Hillary Clinton of her pre-ordained return to 1600 Pennsylvania Avenue!

But there are big problems with that narrative.

Americans cast their votes for president on November 8, 2016. The Electoral College voted on December 19.

The charges relate to discussions between Flynn and Kislyak on December 22 and December 29. If the two were conspiring to fix the presidential election, they must have been using a time machine. Surely we would have heard about that part if there was anything to it, right?

So, if the incoming National Security Advisor and the Russian ambassador weren’t conspiring to fix the election, what were they talking about? According to the charges and plea, two things (two things that Flynn lied about, anyway):

Secondly, on December 29, Flynn apparently asked the Russian government to refrain from retaliating in kind versus sanctions imposed by the Obama administration.

So no, none of this is evidence of Russian meddling in the 2016 US presidential election. Rather, it is prosecutorial abuse and extortion. Mueller charged Flynn with “crimes” that shouldn’t be illegal and that are unrelated to the supposed point of the investigation — and probably threatened to also charge his son — in order to “flip” Flynn, get him on Mueller’s side instead of Trump’s side, and thereby possibly make progress toward taking down bigger game.

Nobody owes the FBI the truth. Subjects of investigation have no moral obligation to cooperate in their own prosecution. It’s law enforcement’s job to find evidence, not potential defendants’ job to assist them in doing so. Unless one is under oath in court, no law should compel truthfulness or punish falsehood in talking to the cops.

Did  the Russian government meddle in the 2016 presidential election, above and beyond a few weird and likely completely ineffectual social media campaigns? Your guess is as good as mine. So far, the evidence still hasn’t shown up.

But another government, Israel’s, didn’t even bother to hide its meddling. And it took its first installment of payback in having Michael Flynn lobby the Russians on its behalf. Don’t hold your breath waiting for a Special Counsel to investigate that.