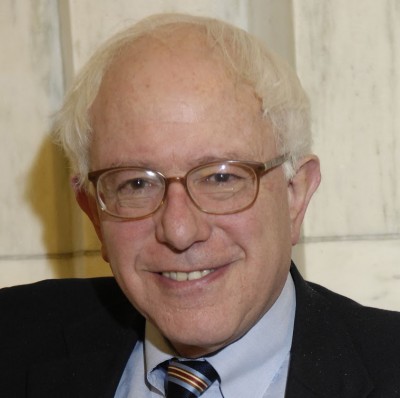 Last week I voiced my suspicions that deceitful and misleading pronouncements are being passed off as gospel by the right wing POTUS candidates and the political right wing in general. The reason being is they can, because the corporate sponsored press will not confront these shameless fabulists, they simply repeat all of the unexamined absurdities in their entirety. As in the old joke about lawyers, when Donald Trump’s lips are moving… you know the rest. Ben Carson takes the Rod Serling/Twilight Zone approach with gems like, “A lot of people who go into prison straight, and when they come out they’re gay”, implying being gay is a choice. Or this; President Obama is intentionally engineering economic depression to keep people on welfare. What?! Again, where is the press?

A few days ago I had coffee with a writer friend and we talked about these issues of outrageous nonsense becoming main stream political dialogue, lending the outrageous and their authors undeserved legitimacy. As in any relationship of value when one of the parties lies, trust is damaged and a serious recalibration of that relationship is necessary for its survival. Continuous pathological lying destroys any relationship beyond repair. This is our current political reality unchecked by a comatose press.

The other factor needed to create legitimacy in this sad equation is an ill-informed and emotionally charged cheerleading section. There is no shortage of fearful xenophobic, racist folks out there that rise to the chum of hate speech made by the likes of Trump and company. This is the engineered result of thirty-five years of corporate influence on congress and the media and Trump is simply the inevitable slimy bi-product that ironically has taken the “engineers” by surprise. These professional liars have perfected garnering the support of the acratic single-issue voter to the detriment of a healthy democracy.

Meanwhile all these furious smoke and mirror antics are distracting people from real world threats such as domestic gun violence (aka the NRA), militarized civilian police, the shredding of the bill of rights, rampant corporate welfare, income inequality, the death of the middle-class, the death of the press, an economy dependent on endless war, corporate ownership of law makers and denial of the very real scientific fact that the earth is heating up and as a result will create catastrophic drought and famine (already has) that will make the Syrian civil war and refugee crisis look like a walk in the park. By the way, it’s going to have devastating consequences here, as well, because the Western Hemisphere, in case anyone forgot, is also part of the planet Earth. Hello.

Having said all that, I can see why nobody wants to acknowledge those things because they are a super buzz-kill and we all want simple answers to unpleasantness. This goes to the “Just-World” belief that these people in nice suits with lots of money couldn’t be bad people, could they? If they are talking about the flag, and freedom and Jesus, they will make good leaders, right? Pathetically wrong.

The latest and most outrageous from he-who-needs-no-more-unchallenged-press-coverage comes this official sounding, yet empty decree, “Donald J. Trump is calling for a total and complete shutdown of Muslims entering the United States until our country’s representatives can figure out what is going on”. This would include US citizens with no other “crime” than being Muslim. The simplistic and open ended phrase, “…until [they] figure out what is going on”, is particularly scary. Trump, the “constitutional scholar”, has previously called for surveillance of all mosques and said he was open to establishing a database for all Muslims living in the U.S. Oh, yeah, he is also asking Bill Gates to turn off the internet, grousing, “Somebody will say, ‘Oh freedom of speech, freedom of speech.’ These are foolish people. We have a lot of foolish people.” Donald should know, they’re his base.

In response to this insanity, venerable journalist, Bill Moyers pulls no punches in his latest essay on the GOP. “Like the pronouncement of the Ministry of Truth in Orwell’s 1984, ignorance is strength, whether it’s casting paranoid fantasies about thousands of Muslims in New Jersey cheering 9/11, or warning about terrorists in refugees’ ragged clothing and Mexican rapists slithering across the border.” This is the kind of speech a Mussolini or a Hitler might make. Like The Adolph, The Donald has gained power by appealing to the racist and the xenophobe. Just change the ethnicity and presto-change-o, ipso facto, Bob’s your uncle! Yes, I did say The Adolph.

Bill Moyers confirms the very real danger of this fascist right wing world view and hits us with this concise truth bomb, ““The Republican Party has become an insurgent outlier – ideologically extreme; contemptuous of the inherited social and economic policy regime; scornful of compromise; unpersuaded by conventional understanding of facts, evidence and science; and dismissive of the legitimacy of its political opposition.”

So on one side; the corporate sponsored press ignores the lies and treasonous talk of the right, but in the interest of fairness and balance they completely ignore someone like Bernie Sanders. Just kidding, there isn’t any candidate that comes close to Bernie Sanders. I’ve written enough about The Donald, now I want to talk about Bernie. After months of nothing at all on the Senator from Vermont, the press is finally unable to ignore him any longer because he has just become too popular to ignore. Here is a POTUS candidate that is unafraid to identify, discuss and offer solutions to the very real challenges facing the majority of US citizens, we the people.

Unlike the party that represents the billionaire class, Senator Sanders would like to, among other things, end legalized bribery and graft in political campaigns. He would like to save and improve Social Security. He would like to enact cost effective single payer health coverage for all Americans as is the case in every other civilized first world country. He would like to help our children attain a higher education and stop the perverse practice of using them as a commodity to profit from and saddling them with crippling debt. He would like to reign in an unregulated Wall Street to prevent repeats of the 2008 economic meltdown caused by these casino criminals at the expense of the people. He would like to pro-actively take on climate change and work to counter its devastating effects before it is too late.

Unlike the party of platitudes and exciting sound bites that appeal to the baser instincts, Bernie Sanders has outlined, in detail, how all those things can be made a reality. (links below) He isn’t as entertaining as the radical right wing or as marketable as The Donald, but he is seriously offering real solutions to real problems in the real world and that is refreshing.

2 Responses to “Fascism or Populism?”