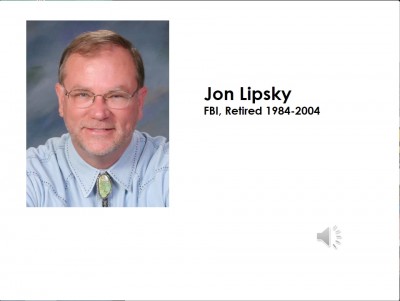 The Blue Paper received a report, claiming “manipulation and interference with data” at FKAA, that raises legitimate questions about millions of dollars worth of water bills sent to FKAA customers throughout the Keys.

Jon Lipsky wrote: “Because the database is used to generate bills for consumers and because the Aqueduct Authority is a public entity, an external audit of the database and billing records is highly recommended.”

Lipsky is a retired FBI agent specializing in forensic analysis of documents and databases.

As the Keys’ turquoise waters keep getting greener, residents and FKAA, last year, got into a very public battle over the controversial use of shallow  injection wells and more specifically this one issue: Whether the sewage treatment plant on Cudjoe Key will be processing an average 970,000 gallons of wastewater per day [as FKAA claims] or whether the true number is actually over a million gallons per day.

Why does such a small difference even matter?

Because, according to Florida law, if the treatment plant was projected to have an average daily flow of over a million gallons per day, residents would get the more environmentally sound deep injection well they wanted, even if it did cost between 5 and 8 million more than the County and FKAA wanted to spend.

“There were at least three different ways FKAA could have estimated the amount of effluent that would be treated at the new Cudjoe Regional plant,” said Caron Balkany, the attorney for commercial fishermen Mike Laudiciana and Don DeMaria. (They are two of the many shallow injection well opponents determined to make sure a deep well will be used at the Cudjoe plant.)

According to Ms. Balkany each of those methods points to volumes that average over a million gallons per day. But instead, according to Balkany, FKAA simply came up with some numbers in a pdf file showing unsubstantiated amounts of water sold to Cudjoe Regional area properties.

Conveniently, those FKAA’s consumption numbers would translate into just below 1 million gallons of total wastewater effluent for the plant.

In his report, Lipsky points out that FKAA “manipulated and interfered with data” when they responded to Ms. Balkany’s public records request that sought raw data that could be used to verify FKAA’s consumption totals.

Another trick may have been the deliberate exclusion from calculations of a number of high impact properties, such as the entire Big Pine Key Plaza shopping center.

Engineers at Brown and Caldwell, hired by FKAA to determine projected flows for the plant, called the practice “suspect.” In their initial report, they wrote, “BC [Brown & Caldwell] was asked by FKAA not to include these suspect Cold-Spots in the flow calculation,” (“Cold Spots” are areas which were not projected to tie into the central sewer system.)

Jan Edelstein, another Florida Keys attorney involved in the anti-shallow well battle, found that Brown & Caldwell’s engineering report had concluded that if the “suspect cold spots” were in fact hooked up to the central sewage plant, the projected flows would reach 1.05 million gallons per day. “But,” says Edelstein, “those charts and numbers were never included in any of FKAA’s shallow well permit applications for the Cudjoe system.”

“To this day,” says Balkany, “ we have not been able to obtain the raw, native, verifiable data that FKAA claims it used to get to its 970,000 number. They simply refuse to produce it.”

FKAA has responded to Balkany’s accusations stating they went beyond the requirements for public records disclosures.

“All we wanted,” says Balkany, “was the water consumption data including water meter ID numbers and associated numbers of gallons of consumption for each meter. We never got it.”

The Blue Paper had a similar experience when requesting the amount of water consumed on Stock Island. We requested daily flow readings for the sewer distribution mains that feed Stock Island properties. We were told by FKAA, that “we do not keep records of readings and flow for water mains since they are not billable meters.”

“They are bullshitting you, Naja,” said Dr. Eugene Nanay, a former Sr. Inspector for FKAA, “There is an FKAA employee in each district who reads those meters every day and there are log books at each of the pump stations. We have to keep track of those flow rates. That’s the only way we can know if a pipe is leaking somewhere in the system.”

To these attorneys, there seems to be little doubt that FKAA did in fact “manipulate data” to justify the less expensive use of shallow injection wells.

During the first test of the controversial shallow injection wells at the Cudjoe plant, the ground began to bubble in nearby puddles apparently confirming the fears of shallow well opponents that the effluent loaded with nutrients would come back up through the Keys’ porous limestone and contaminate nearshore waters. Even treated to AWT (the best standard), that injected effluent is “basically fertilizer for the green algae that is invading our waters,” says Jim Fourqurean, an FIU environmental sciences professor who has worked on Florida Keys water quality issues for decades. Under the pressure of widespread indignation, the County Commission voted to fund the construction of a deep well at Cudjoe Regional.

It is in this context, of apparent secrecy and deception, that former FBI agent, Jon Lipsky, was prompted to call for an independent audit of FKAA’s billing practices. What such an audit would reveal is anyone’s guess.