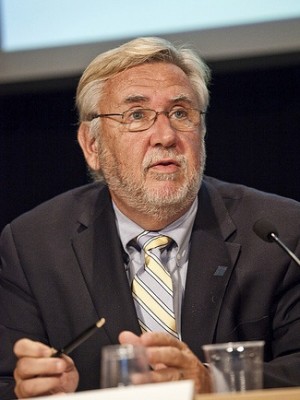 Gland, Switzerland, The Ramsar Convention, today announced the winners of the 2015 Ramsar Wetland Conservation Awards. The awards honour the work of governments, organisations and individuals in promoting the wise use, protection, conservation and regeneration of the world’s wetlands.

The Ramsar Convention is the world’s oldest environmental convention signed in 1971 in Ramsar, Iran. It is an intergovernmental treaty (168 countries) that provides the framework for national action and international cooperation for the conservation and wise use of wetlands and their resources. Ramsar has a proven track record in working with individual countries, private sector companies and non-governmental organisations to protect and restore wetlands for global water security.

This year’s winners will be invited to the 2015 Meeting of the Contracting Parties (COP) in Punta del Este, Uruguay in June to receive their award.

All awardees will also receive the Evian Special Prize of US$10,000, kindly donated by the Danone Group.

This year there are three categories:

a) The Ramsar Convention Award for Wetland Wise Use

b) The Ramsar Convention Award for the Wetland Innovation

There is also a Ramsar MERIT AWARD presented to individuals or institutions because of their long-term contribution or commitment to the conservation and wise use of wetlands and to the Ramsar principles.

The final nominees came from Bangladesh, Israel, Zimbawe, Denmark, Peru and Senegal. All presented outstanding applications, with individuals demonstrating a diverse commitment to better management of wetlands including the re-engaging of local populations through environmental education, pollution prevention, regeneration and restoration of previously drained or polluted sites, using innovative technology to improve wetland sites, and most of all personal endeavour.

a) The Ramsar Convention Award for Wetland Wise Use

The Acre Valley acquifer was drained in the 1920s and pumping from the aquifer began in 1960 for agricultural use and drinking water. In 2002 Giselle Hazzan became the new Manager of the EANR, the first Arab woman to be a Manager of a nature reserve in Israel. She has changed EANR’s entire water management by initiating actions at different levels with participation from local stakeholders, weir operations and new national legislation. By changing the EANR from stop-gap temporary water management measures to carefully planned long-term projects, Ms Hazzan has saved the EANR ecosystem and made it a vital wetland in a dry country.

b) The Ramsar Convention Award for Wetland Innovation

Oceanium is an organisation established to actively protect the marine environment in Senegal since the late 1990s. It has recently undertaken the world’s largest mangrove reforestation and eco-system restoration with and by local people. This is a rare example of large scale participatory restoration. The project increases resilience to climate change by the rehabilitation and planting of mangroves in marine degraded areas and the development of related sustainable socio-ecological and economical activities, using modern technology. Oceanium has replanted and restored thousands of hectares of mangroves and has successfully restored degraded rice fields in Tobor and re-installed traditional rice growing. The project comprises the restoration of land using solar and wind-powered water pumps; the replanting of mangroves to help in desalinisation and coastline stabilisation; and the development of more ecologically-sustainable rice culture.

The Wetland Foundation Bogota is a non-profit organisation dedicated to saving wetlands around the city of Bogota, and to highlight the constant threats the area is under. The Foundation started in 2011 and has since developed an interactive website which has become the main medium of information on wetlands in Bogota. The Foundation has a network of volunteers who promote wetland conservation through active citizenship. This participative community approach to management and the organisation of innovative and creative events to raise awareness of the projects (for example, cycling events, environmental fair, free courses on wetlands, community events to restore the wetlands of Bogota, observing migratory birds etc,) has proven to be hugely successful.

The Ramsar Convention Award for Merit

Author of the innovative textbook Wetlands, which has been described as the “wetland bible” and the “single best combination text and reference book on wetland ecology”. The book has essentially defined the field of wetland science since its first edition in 1986.

Professor Mitsch designed, built and managed from 1992-2012 one of the most productive riverine wetland research laboratories in the world. The Olentangy River Wetland Research Park, in 2008 this 20-hectare wetland site became the 24th Ramsar site in the USA. In 2012 he became a Professor and Eminent Scholar at Florida Gulf Coast University and Director of Everglades Wetland Research Park in Florida. The laboratory has already established a reputation as a destination for visiting wetland scientists from around the world and a place to address big-ecosystem restoration such as the Florida Everglades.

Professory Gea Jae Joo has worked in wetland conservation and wise use for over 25 years in different fields. He has published approximately 100 articles, book chapters and books associated with wetlands. He was one of the founders and organisers of the Korea-China-Japan “Komodo” wetland events (child focussed events on wetlands and Ramsar sites). Professory Gea Jae Joo has been devoted to the dissemination of wetland information and wetland culture, he has in particular been involved in the development of three wetland centres, in Korea and the establishment of the Ramsar Cultural Centre at Junam and Ramsar Regional Centre-East Asia, of which he is Honorary Director. In this role has been a fervent supporter of both the Youth Model Ramsar Convention and of the use of culture as a tool for wetland education.

The Tour du Valat research centre was created in 1954 by the visionary philanthropist Dr. Luc Hoffman. Its mission is to halt and reverse the loss and degradation of Mediterranean wetlands and their natural resources and promote their wise use. The centre develops integrated research and management programmes, which promote exchanges between scientists and wetland users. Transfer of knowledge is a central tool to achieve its mission. A large part of the Tour du Valat estate, located in the Camargue Ramsar Site is classified as a Regional Nature Reserve. The Tour du Valat library is a unique documentation centre in the Mediterranean region, specialised in wetland ecology and visited by many scientists, students and teachers. It was one of the institutions which participated in the creation of the MedWet initiative in 1991, and it has contributed to the implementation of Ramsar principles in the whole Mediterranean basin. This award conincides with the celebration of it’s 60th anniversary.