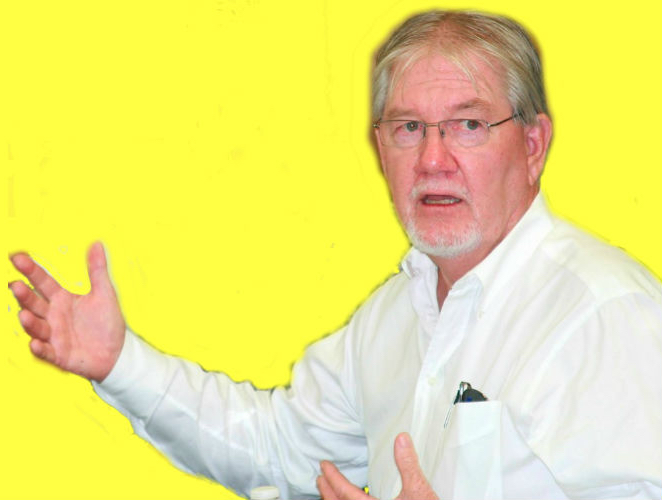 I flew again to Tallahassee to attend the sentencing hearing for George Neugent’s three violations of our state’s ethics laws. I went to object to their absurdly light penalties—in particular, only a single $500 fine for not reporting his golf membership for years, missing dozens of quarterly reports of the $1,500 quarterly gift, 15 times the reporting requirement of over $100.

The Ethics Commission had given George a separate violation and $500 fine for each of the two years he had filed unethical Financial Reports, and their laws call a yearly membership a single gift for a year, so it was baffling that accepting and not reporting tens of thousands of dollars in gifts would get such a small sanction.

I was not allowed to talk to the Ethics Commissioners, but they were indeed forced to read my formal objections to the inadequacy of their penalty. Boy, did I take advantage of my single opportunity to break through the Kevlar that protects them from the people who pay their bills and whom they are supposed to be serving.

The document I sent them is available here. In brief, I first made the legal case for multiple counts on the gift non-reporting. Next, at great length I described the twelve ways we Complainants are unfairly treated by the procedures of the commission.  These include not being allowed to speak (offenders can), and not getting material before the meetings (offenders do).  Worse, the Commission makes up their own stupid complaints and then dismisses them, making the Complainants look bad and the offenders good, and then refuses to speak up for the Complainants when we have been maligned.

Most of all I took them to task for their ridiculous record of convictions for misuse of office, the zero for 116 I have written about elsewhere.  When the President of Turkmenistan was re-elected with 97.14% of the vote, it was called “sham democracy” by monitors. When Trump Village was 99.81% white in 1967, it was due to “we don’t take [n-word].” When top law firms in the 1950’s allowed only a single female attorney—their “quota”—it was due to gender discrimination. The Florida Ethics Commission is in this class.

I concluded my charges with this, from the linked document:

“All in all, my research and personal experience find your Commission to be a mere sham, betraying the public trust of the taxpaying citizens you have been created to protect. Instead, you uphold official misconduct and demean the good citizens who report it. A hideous version of this occurs regularly in India. A woman who is gang raped and reports it to the police is gang raped by the police themselves. It makes me feel better that my experience with you is trivial by compare, but nonetheless isomorphic.”

My greatest joy in this trip was watching them read my charges. Eight high and mighty Ethics Commissioners sucking lemons for the seven minutes it took them to read my fiery broadside. Really, I wish I had a photo to show you, scrunched brows and pursed lips. NOT ONE would look me in the eye, like George at the July meeting.

After reading it, they only discussed the adequacy of the penalty. Where did the number come from? Well, it’s always been $500. Why one count? Here George’s attorney baldly admitted, “I proposed it and the Advocate accepted. There was no negotiation.” The Chair of the Commissioners had introduced him as “the legendary Mark Herron” and referred to him again later the same way. Basically, the Ethics Commissioners kiss up to the defendants’ attorneys and let them run the show.

One Commissioner stated that the official censure was a severe punishment for George, and we don’t want to discourage people from running for public office. This is nonsense. George and his people are laughing at all of us, his getting away with his crimes, metaphorically having to write ten times, “I will not burn down the school again” and being done with it. You can bet no other Keys media (except maybe The Citizen, I hope) will even bother to report his punishment, which has been public record for three weeks now without a word written or broadcast about it.

Not a word was spoken about my other charges, nor have any of the Ethics Commissioners taken me up on my offer to provide supporting documentation for or to discuss them.

I had other joys, though, in Tallahassee, and many more since coming home. Best was hiring my first research assistant since my teaching days at Berkeley, an FSU finance and marketing major. I gave her a couple of hours of on-the-job training for the kind of record-gathering I need done at the Commission’s offices, so I don’t have to spend $1,000 each time to travel up there myself.

Also pleasant was my interaction with the Commission’s staff. We managed to be professionally friendly with each other despite our severely adversarial relationship. It was wonderful they did not give my charges to the Commissioners ahead of time, which would have left me wondering if they’d even bothered to read them. Instead, I got to see them sucking lemons in shame for seven minutes. It was like when the investigator kept the two tax returns George foolishly included with his amended Financial Disclosure forms in the file, making them public records. (Any guesses as to how much he donates to charity? Watch this space for the not-surprising answer.)

The fine irony is that George and his similarly-vile-acting Monroe Commissioners have opened up what I’m sure is the last great project of my life. (“Vile” is not hyperbole, when you read what they all said in their closed sessions with the County Attorney.)  Thanks, guys! I was losing my zest for life, quite happy to check out in a couple of years at my parents’ age by some kind of fluke, despite our all being in excellent health.

Now, I look forward to a five year fight to reform a major Florida state agency, the mass enabler of the George Neugents of our political worlds (who is now mostly in my rear-view mirror). I’m budgeting $100,000, mainly for litigation.  I have two long-term strategies and many short-term tactics, which surely require every bit of energy and skill I can muster. With the passage this year of a reform of our public corruption laws, I believe I am on the right side of history, so I have no one to blame but myself if I fail.

8 thoughts on “Ethics Commission on Neugent: It’s Final—A Light Slap on the Wrists”