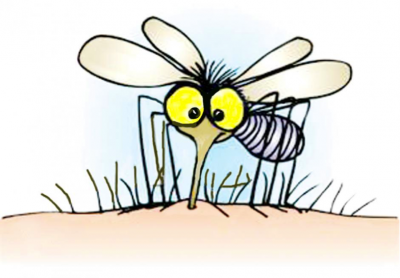 A representative from the Florida Keys Environmental Coalition traveled to Washington D.C. last week to meet with the FDA to convey local concerns about the Florida Keys Mosquito Control District’s plans to release genetically modified (GM) mosquitoes in the Keys. The mosquitoes are being bred by British company Oxitec. Barry Wray, executive director of FKEC, was joined by Genna Reed from Food & Water Watch, Dana Perls from Friends of the Earth, and Jaydee Hanson from the Center for Food Safety.

The group pressed a number of points with the FDA including concerns regarding the experiment, technical weaknesses in the proposed design, goals in terms of disease prevention along with viable alternatives available to achieve the same goal that have been relatively ignored by the FKMCD and critical ethical issues.

Finally, the group met with Executive Branch/White House Office of Science and Technology Policy’s assistant director of biological innovation, Dr. Robbie Barbero. That session covered two major concerns: the specific due diligence needed for GM mosquitoes and the procedural reviews that are needed to clear this new animal drug.

Before the proposal can go forward, an environmental assessment needs to take place. The assessment is done in two parts, according to Wray.
“Oxitec submits their assessment and then the FDA reviews it, seeks more documentation and invites input from other agencies, in this case the EPA, U.S. Fish & Wildlife and the Center for Disease Control,” he said. “At the end of the process, the FDA will release their version of the environmental assessment at which time there will be an open comment period for a minimum of 30 days.”

Following that comment period, the FDA will decide whether to move forward with an Environmental Impact Statement (EIS), which requires a greater investigation, or issue a final environmental assessment along with a Finding of No Significant Impact and allow the project to proceed.

The FDA is currently reviewing an online petition that asks for the more rigorous EIS. That petition has received 277 public comments. The Environmental Coalition has also asked for a committee of experts to be convened to oversee the data and solicit input, and for an open public meeting to be held in Key West to address public input to the committee.