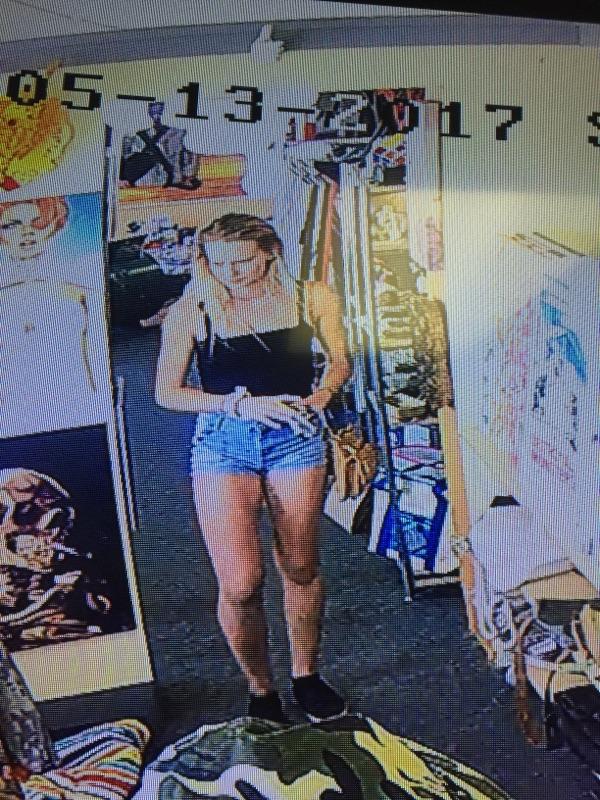 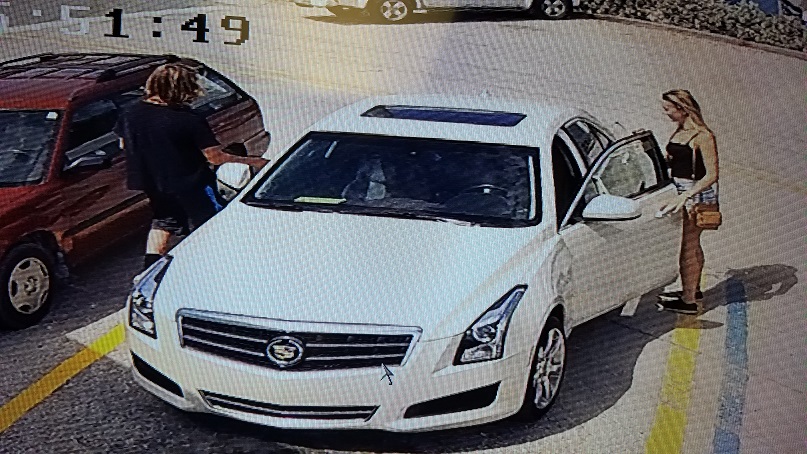 The theft took place May 13th at a business called Cool Guys Stuff, LLC on 23rd Street in Marathon. Employees called the Sheriff’s Office after they noticed items missing from the store. Before calling, the employees reviewed video from the store’s surveillance cameras. They found two suspects who were seen taking the items from the store.

The video shows a young man and a young woman walking into the store just before 4 p.m. The man takes a red, white and black colored hat off a hat rack and puts it under his shirt. Then then picks up a business card holder which is made from brass knuckles. He removes the brass knuckle portion and puts it in his pocket. After that, he takes a carbon fiber skull key chain. The couple leaves the store and gets into a white four door Cadillac in the parking lot.

Anyone who recognizes the two possible suspects in the photo should contact the Sheriff’s Office at 305-289-2430.