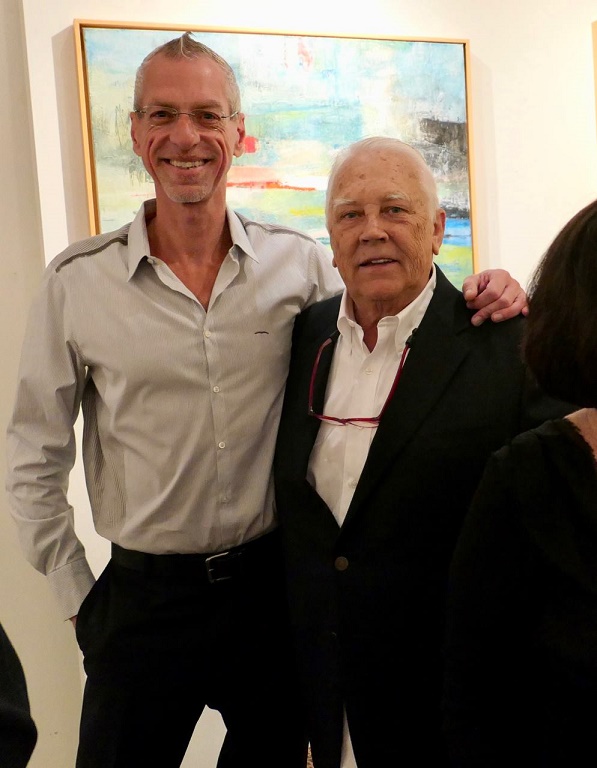 Gildea Contemporary Gallery has named David Bethune as Gallery Director where he will join owner Paul Gildea in the day-to-day management of the Southard St. store. “It’s been a dream of mine to run a gallery since I got into the art business,” says Bethune. “I’m thrilled to be working with Paul and representing the highest quality contemporary art in town.” Bethune comes to Gildea Gallery from Millionaire Gallery where he was Sales Director for that company’s flagship store. Bethune has also been a top salesperson for the Wyland Galleries brand.

“When they meet me in the gallery, people are often quick to figure out that I’m an artist. But they’re usually surprised to hear about my former life as a software developer,” David says. In the 1990’s, Bethune was a mainframe programmer at IBM’s Santa Teresa Laboratory in San Jose, California. He left that company to start his own web development firm in 1995, just as the internet was becoming important for small businesses. The author of two software patents, David says, “After 20 years writing web code, it just wasn’t fun anymore. The software industry has changed dramatically since I started and the work is more difficult and pays less than it used to.” 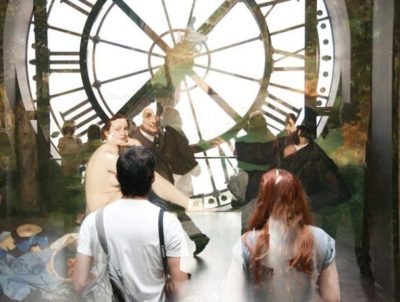 David Bethune’s multiple exposure photography is made entirely in the camera with a technique that dates back to film photography. This is Nous Voyageons Pour Déjeuner (We’re Travelling for Lunch), taken in the famous train station that’s now the Musée d’Orsay in Paris.

David Bethune is also an artist himself who started taking photographs with a film camera at age 14 in high school photojournalism class. In 2005, he began experimenting with a multiple exposure technique based on film photography. His images are created in the camera by exposing the same frame several times. The resulting compositions have complex interplays of light and color which look more like paintings than photographs. “It was Nance Frank at Gallery on Greene who helped get the first recognition for my multiple exposure technique,” he says. “She got me into ARTnews magazine with an interview and several photographs. I’ll always be grateful for her early help and encouragement.”

Since then, David’s work has been featured in his book titled Wynwood: Street Art of Miami which is available on Amazon. In addition to photographs, the book contains a biographical essay in English and Spanish. In 2015, Bethune was selected as the first international artist to exhibit in a solo show at the newly-completed Stara Kopalnia Museum in Wałbrzych, Poland. The museum displayed 24 of his large canvases from September through November of that year. “I was able to spend 20 days in Poland doing the show. It was a life changing experience,” Bethune says.

Gildea Contemporary Gallery focuses on abstract and contemporary painting and sculpture. “It’s the kind of artwork I like best, so it’s easy to convey my enthusiasm to our customers,” David reveals. “We’ve added several new exciting artists recently and Paul and I invite all our Key West friends to stop back in and see the many changes we’re making.”

New programs Bethune has launched at Gildea include custom digital previews that let buyers see what art looks like on their own wall, and a free delivery and hanging service for locals. Gildea Contemporary Gallery is located at 522 Southard St in Old Town Key West and is open Monday through Saturday from 10:00am to 4:30pm.