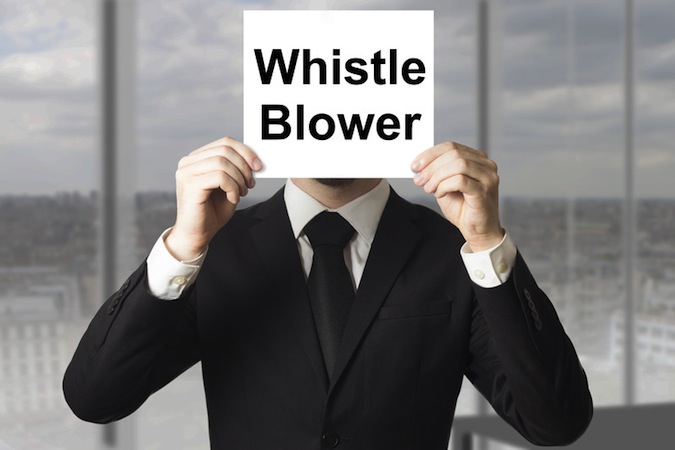 Here is another piece of the puzzle on how the Cudjoe Regional Wastewater System (CRWS) came to be so very badly designed that those of us who are paying attention actually consider it to be an endangerment to our National Marine Sanctuary, and far from an improvement to existing treatment and disposal. The information herein was not easily obtained. We still need someone to come forth with information about the graft that is so strongly suspected. An anonymous informant with details that can be verified by the Feds would be great. Many feel that the level of deceit, the secrecy, the design, and the choices are just too unbelievable to not be motivated by cash or its equivalent.

On July 7, 2008 a meeting amongst County, FKAA, and FDEP engineers was held. One of the Agenda items for that meeting was to discuss “Potential use of alternative or low pressure collection systems for low density areas.”

ONLY ONE ALTERNATIVE TO GRAVITY OFFERED: E-One Brand Grinder Pumps

At that meeting, FDEP told FKAA to use only E-One brand grinder pumps if conventional gravity was not possible! No Vacuum sewer, no STEP (septic tank effluent pumping) systems, and no other brand of grinders (like St. Lucie or parts of Sarasota County uses) were recommended. The minutes say,

E-1 brand grinder pumps were specified by name but are the least suitable choice for the Keys! Dr. Gunnar Hovstadius, a world renowned pump expert, explained in his pro bono deposition  for Dump the Pumps (DTPI) why E-1 grinder pumps are the least suitable of all systems for any area with frequent power outages (and the occasional flood). That is, when they are used as an alternate collection system instead of an appurtenance for a special circumstance. They do have their place, but it is not here.

Knowing that FDEP strongly encouraged the use of E-1 pumps, it becomes obvious why FDEP has tried to dismiss the complaints of DTPI. The FDEP meeting was mid-2008. The current design of E-One pump has only existed since 2006. So FDEP recommended a specific pump that had been in production for less than 2 years!  The Contract Specifications for the CRWS required a 10 year pump history, so although the pump was sole-sourced, it actually does not meet the Specifications.

Many years ago, E-One developed a reputation for having a reasonably reliable pump, but it was built with General Electric washing machine parts. (no kidding!) The current model is very different and has a very questionable reliability record to date: Westport, Connecticut reports a 7% failure rate in the first two years and E-1 making excuses to avoid the warranty. High Springs, FL reports they replaced 425 of their 900 E-One grinders pumps between 2013 and March 2014.

About 4 months after the FDEP meeting mentioned above, on November 19, 2008, a “Wastewater Master Plan Update Workshop”  was held that focused strictly on the collection system. This was an outrageous sales pitch for a grinder pump pressure sewer system. FKAA’s slides compared the construction cost of various systems for Upper Sugarloaf, Cudjoe, and Summerland Keys. The slides are obviously erroneous (some even ask whether they are fraudulent) to anyone with enough experience in sewage collection, but are verified bogus and intentionally misleading with other documentary evidence. For example….

The Monroe County Sanitary Wastewater Master Plan of June 2000 compared the cost of vacuum, centrifugal grinder pumps, and progressive cavity (E-1) grinder pumps as alternatives to gravity sewer. The progressive cavity E-1 grinder pump was always less cost effective than normal centrifugal grinders in every one of the 23 service areas evaluated, including the CRWS. One has to seriously question why the less cost effective E-1 grinder pump would be selected for the CRWS then, if the goal was to cut costs as stated.

More incriminating, the 2000 Master Plan determined that, “Vacuum sewers were the most cost-effective collection system when more than 350 EDUs were collected in sewered areas in the Lower and Middle Keys.” The exact same determination was made for the Upper Keys. Yet FKAA’s presentation claimed vacuum to be less cost effective than the most expensive type of grinders!

The vacuum system construction estimates of August 2008  for these three islands were about 30% of the cost shown on the slides, and although those estimates did not include everything, they did include the most expensive items. Comparing apples to apples using actual contract prices, about $6 million would have been saved with vacuum on just these 3 islands. Unlike with grinder pumps, people on a vacuum system could still flush during an extended power outage. With vacuum, homeowners would not have to provide power for a County-owned pump installed on a forced easement in their yard. Many older homes do not have adequate electrical capacity to provide that power and may have to upgrade at considerable personal expense. When a vacuum pipe leaks, ground water leaks in and the operator knows there is a problem. When a grinder pump forcemain pipe leaks, raw sewage is injected under pressure into the tidal groundwater and thence into the nearest canal or perhaps the life sustaining freshwater lens- and nobody knows about it unless a sinkhole develops..

The City of Marathon’s engineers, Weiler Engineering, did a thorough and detailed cost estimate for each of the collection basins in that city and concluded that vacuum was usually the most cost effective.  That was at about the same time as FKAA prepared their bogus estimates. Marathon combined short gravity collection systems with mini-pump stations in the right of way for the widely scattered populations of Grassy Key, but virtually all other areas were vacuum.

Key Largo and Islamorada sewer districts also found vacuum the most cost effective.. But in the FKAA’s Master Plan Update presentation, vacuum was usually shown as about equal or more expensive than everything except STEP (septic tank effluent pumping). That is absurd and they know it..

Anyone with experience or who has done some research knows that STEP is by far the cheapest to construct, the cheapest for homeowners’ connection costs, and the cheapest to maintain next to conventional gravity sewers. If the STEP effluent pumps are installed as recommended in interceptor pits, septic tank effluent temporarily reverts to the old drainfield during power outages, so Slide 9 of the Master Plan Update presentation is also misleading by stating sewer service is lost.

Amazingly, FDEP engineers think that Charlotte County uses a grinder pump collection system. They used Charlotte as an example of a grinder pump LPS (low pressure sewer) success story in a meeting with FKAA in Ft Myers on October 28, 2013. FDEP’s Professional Engineer Supervisor III in Ft Myers (Gary Maier, P.E.) even testified under oath that Charlotte County successfully uses a grinder pump LPS! This was in the Administrative Hearing deposition demanded by Dump the Pumps, Inc.. (pages 11-12 and 18-19 at the link) When asked about the quantity of grinder pumps in Charlotte’s LPS system, Mr. Maier stated, “They have a substantial number. I don’t know what the number is, but am aware that the alternative system guidance that DEP drafted in the 1980s was drafted for and with and by the people that were developing the Charlotte County systems.” Yes, the same engineers at FDEP that told FKAA not to use STEP do not know that the LPS system that they praise so highly in their adjacent county is STEP and not grinder pumps!

Interestingly, the FKAA’s Master Plan Update presentation shows a construction cost difference of only about $7 million between all gravity or all grinder pumps. Who would not see gravity as the obvious choice? The maintenance cost alone of so many grinder pumps would far exceed the interest on $7 million!

Then there is the infamous “Decision Tree”  that appears to have made its debut in FKAA’s Master Plan Update presentation. It restricts gravity sewers to very dense subdivisions, although at least three engineers from FKAA who live where the Decision Tree decrees must have grinder pumps were designed to have gravity sewers at considerable extra public cost. Are you surprised?

STEP was not even considered in the Decision Tree for centralized sewer areas. The Design Tree was included as a restriction in the Design Criteria Package for the CRWS design-build “outer islands” contract. With the FKAA’s Decision Tree, grinder pump LPS is the answer to all. Sure looks like somebody “stacked the deck”.

In a really bizarre aberration from sensible sewer design, the gravity sewer areas in the CRWS are designed to have neighborhood lift stations equipped with multiple residential E-1 grinder pumps! These pumps are unsafe to use in such an application per the National Electric Code and the National Fire Protection Association. They could cause a disastrous explosion of a whole neighborhood’s sewers! If interested, you can read DTPI’s electrical engineer’s deposition here.

But even if they were legal, they are impractical. They each pump slowly (about like a garden hose flows), were never designed for such a heavy duty application, and were not designed to run submerged or for more than a minute or two at a time in normal operation. In the CRWS design, a group of 2 to 4 light duty residential pumps are expected to handle the flow from about 40 to over 100 homes! The design head pressure they must overcome in normal operation exceeds the manufacturer’s recommended maximum in some areas!

Even after the construction contracts were out to bid for a system using thousands of grinder pits, FKAA public presentations stated about 600 grinder pumps might be used for remote areas.  In the Master Plan Update presentation, FKAA minimized the perceived impact that grinder pumps would have on those receiving them by stating on Slide 7 with underlined emphasis that “Some pumping units may need to be on private property w/ easement required.” The claim was “some”, not “every”, but the reality is very different than the FKAA marketing claim.

In a conventional gravity sewer system, unusually high periods of flow can be passively accommodated by allowing the manholes and piping to temporarily fill with the excess as reserve capacity. With a pressure system like the CRWS design, there is no inherent reserve capacity. If it will not all fit immediately through the pipes, there will be alarms sounding and overflows. Also, the E-1 pumps are capable of bursting pipes and fittings if they encounter excessive pumping resistance. [see deposition of Dr. Gunnar Hovstadius] They have done it elsewhere and they will do it here.

Also of interest:  Here is what Germantown Hills, IL tells residents about potential for failure of their grinder pump systems.

If you care about the Keys environment, you may wish to donate to the legal expenses of the people fighting for sensible sewers and against environmental catastrophe.

The website http://DumpThePumps.com has information on how to donate to their legal fund, you can even do so with a credit card.

Eugene Nanay, a Civil Engineer and Land Surveyor with in-the-field experience in the construction industry dating back to 1970, retired from FKAA in 2005 where he was a Senior Contract Field Representative, aka Sr. Inspector.

7 Responses to “Guest Editorial: Cudjoe Regional Sewer Design / A Look Behind The Curtain”