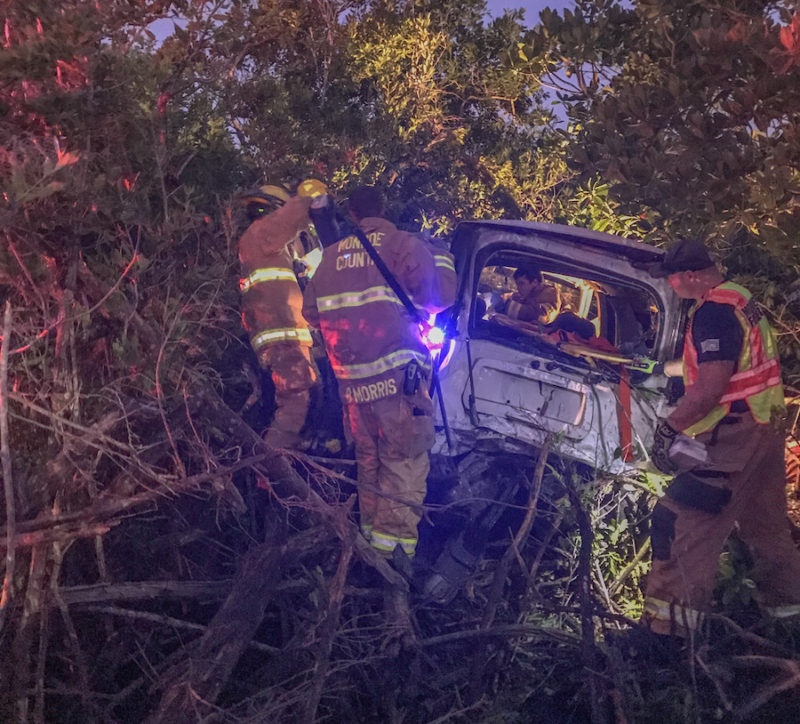 Monroe County Fire Rescue responded to a vehicle accident between a Coca-Cola distributing truck and an SUV at 20950 Overseas Highway on Cudjoe Key at 6:50 a.m. Friday. Fire Rescue crews extricated the driver of the SUV from the vehicle in the mangroves and transported the driver to the Lower Keys Medical Center with minor injuries.  The driver of the truck was uninjured.

Please note: the first report of the crash that came in stated it occurred on Summerland Key. It has been updated to Cudjoe Key.