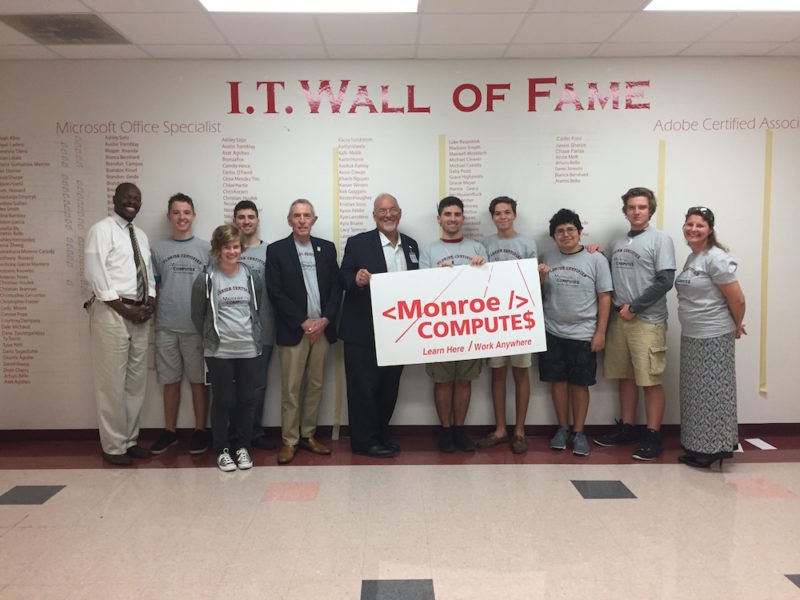 The prizes were earned by students who passed the national exams for industry certificates in information technology and computer science.

“MOS is a college level certificate worth three college credits in the Florida college system,” according to MCSD Superintendent Mark Porter.  “Students also get credit for having completed a virtual course, which is a high school graduation requirement.”

Padget explained, “The largest prizes at $500 each were given to the first 25 completers, all of whom finished in 2016 or early in 2017.”  Jonathan Williams at Coral Shores High School was the champion, finishing on October 26, 2016.  Timothy Cole, of Coral Shores, got the $500 prize, plus an additional $250 for completing the MOS Master certification.  Steven Winemiller, at Sugarloaf Middle School took the honors at the middle school level, finishing on February 2, 2017.

Students at all the middle and high schools began their study when school opened last August.   Students prepare for their exam at their own pace, and take the test when they are ready.

Key West High School senior Nick Piraino was recognized as the first student from Monroe to pass AP Computer Science.  He took the course virtually at Florida Virtual School.  His prize from <Monroe /> COMPUTE$ was a new laptop computer.

“<Monroe /> COMPUTE$ has stimulated interest in information technology and computer science,” declared Jacob Dekker.  “Skills learned by Keys’ students this year will be valuable in their careers or in college.”