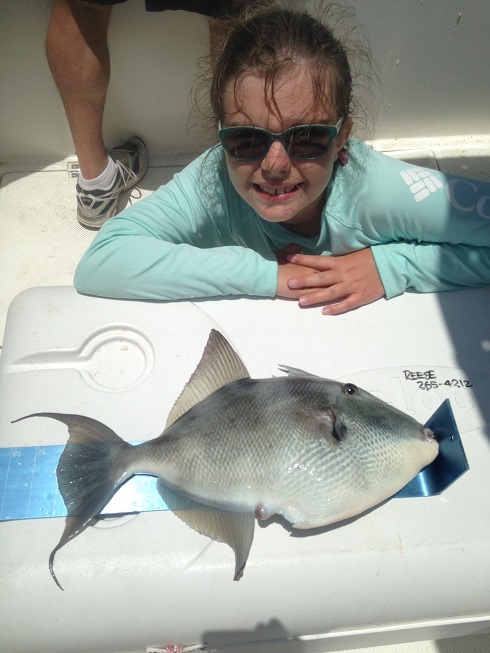 Summer may be coming to a close, but for 10-year-old Katlyn Paul, this summer was one she’ll never forget. Katlyn submitted 10 different species to the 71-species Florida Fish and Wildlife Conservation Commission (FWC) Saltwater Fish Life List, one of three of our Catch a Florida Memory Saltwater Recognition programs. This qualified her for the first tier of the Saltwater Fish Life List Club.

Shortly after, she also submitted a gray triggerfish to the Saltwater Reel Big Fish program, becoming the first angler to qualify for this species. In recognition of her efforts, she received FWC Catch a Florida Memory prize packs including T-shirts and certificates for each achievement. She will also receive two entries into a quarterly raffle drawing for fishing gear such as rods, reels and landing nets. 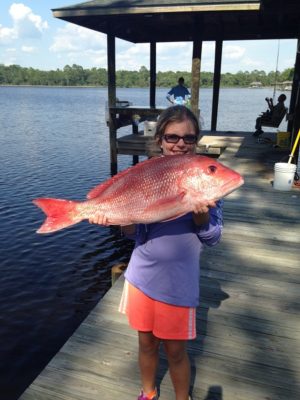 Katlyn holding up a red snapper she caught.

Katlyn’s love of the water runs deep, and working on her life list is more about the experience than the recognition.

“It’s really cool to go out with friends and see what’s out there,” Katlyn said. “It’s fun to see the water react,” referring to the varying sea conditions and changes in water coloration of nearby St. Andrews Bay and Gulf of Mexico

Katlyn caught her first fish, a gag grouper, when she was just three, and she was hooked. Today, she is still going strong, enjoying quality time with her dad, Devin, and getting to explore the marine environment around her. She’s even expressed an interest in pursuing a career in marine biology, following her passion to explore the unknown creatures of the deep.

The Saltwater Fish Life List was developed as one way to encourage anglers to target a diversity of species, and according to Devin, that’s exactly what the life list has done for his family.

“We’re chasing species that we wouldn’t go for otherwise; species that I haven’t fished for in years,” he said.

drum, red snapper, Spanish mackerel and hardhead catfish off of her life list. Since she submitted her 10-fish application to the Saltwater Angler Recognition Program, she has also added a lane snapper, greater amberjack and her Saltwater Reel Big Fish qualifying gray triggerfish to her list of accomplishments. 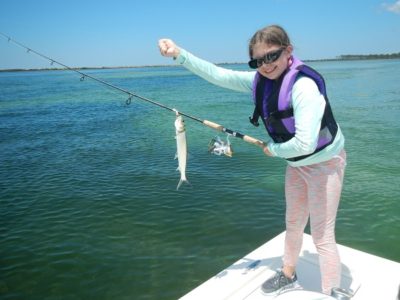 Katlyn has crossed a number of fish off her life list including this ladyfish.

Can you catch up with Katlyn? Join her in participating not only in the Saltwater Fish Life List Club program, but also the FWC’s two other Saltwater Angler Recognition programs: Saltwater Reel Big Fish, which celebrates memorable-sized catches, and Saltwater Grand Slams, which awards anglers for catching three different specified species within a 24-hour period.

You can also keep track of Katlyn’s pursuits on the Catch a Florida Memory Facebook page, Facebook.com/CatchaFLMemory.

Participate today by visiting CatchaFloridaMemory.com. Anglers do not have to harvest their fish to be eligible for prizes, and are encouraged to use proper fish handling techniques when practicing catch-and-release.