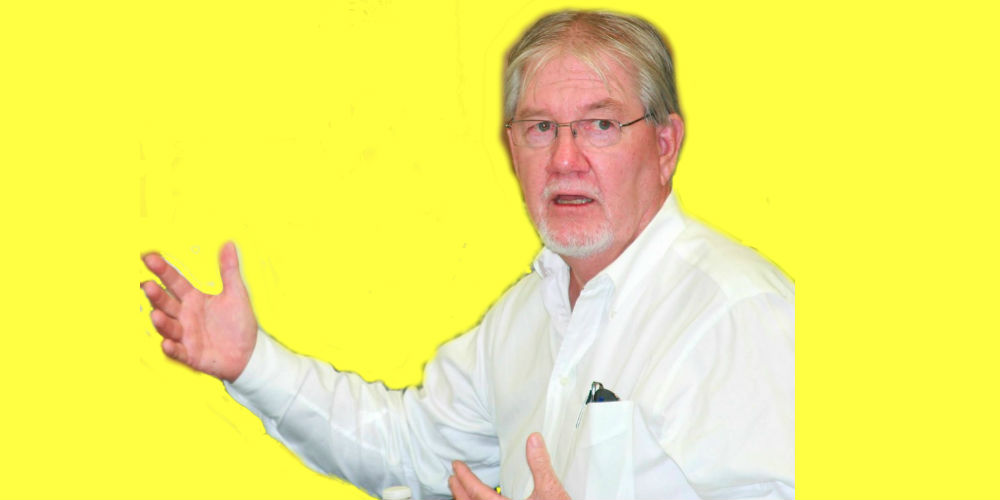 George Neugent avoided going before a state Administrative Law Judge by stipulating that he committed three violations of the Florida Constitution and Ethics Statutes. As reported here in August, he did not declare his free golf club membership for many years, and made numerous material false reports on his financial disclosure forms.

For this, he is, first, accepting the Ethics Commission’s “Public censure and reprimand” and paying a total of $1,500 in civil penalties. George also stipulates his “understanding of the seriousness of the allegations and gives his assurance that this proceeding has affected the manner in which he conducts himself as a public official in a positive way.”

A further, unknown cost to him of the complaint I filed against him in September, 2014 are his legal fees and costs to attend the Tallahassee hearings. He hired what I think is the top ethics lawyer in the state, so I suspect his fees would have been a multiple of the fine.  But maybe it’s a family friend and he did it for free.  It costs me about a grand to go to Tallahassee for a couple of days, him maybe not so much.

First, I am amused to imagine George “understanding the seriousness” of these charges. He knows he got off on the main charge, that he destroyed one fine county business, Stand Up For Animals (SUFA), in order to give their contract to his incompetent friends. If anything, it shows he has no need to “conduct himself as a public official in a positive way.” As I reported in August, the Ethics Commission NEVER finds a public official guilty of “misuse of office.” Basically, it’s hunky-dory with them for public officials to ruin the lives of innocent citizens to help their friends.  Maybe George knew about the firewall the Ethic Commission puts around his ilk when he started his campaign against SUFA. Well played, Commissioner Neugent. Other miscreants might take heart from the results of your perfidy.

Second, beyond the SUFA abomination, he got only a single $500 fine for an untold number of years of not reporting the golf membership. He became a “summer member” in 1992, but he could not remember when he stopped paying the membership fee. The current office manager only knows he did not pay the fee for the five years she served while he was getting the freebie.  So the gift he got, which cost regular members $500/month, was worth between $30,000 and $96,000 dollars.

But Florida Ethics Statute 112.3148 (7)(g) says, “Membership dues paid to the same organization during any 12-month period shall be considered a single gift.” The Ethics Commission gave him two violations on his two improperly filed Form 6’s, the disclosure of financial interest—one for each year.  Obviously, he should get a violation for each year he did not file his gift forms.  Indeed, the filing threshold is $100 per quarter.  His $6,000/year is 15 times the yearly total threshold, and he is getting a break if each year is considered only a single violation, not four of them.

Third, the Ethics Commission only investigated whether George had ever voted on any business regarding the golf club while he was getting the huge freebie. I pointed out to them that the club is an aggregation of its members. Did he vote on any business of the members who were treating him? This should be germane.  Imagine an extreme version. Two guys form a “Luxury Dinner Club.” They each pay $3,000/month to have a $100 restaurant meal every day. Then they give their local Commissioner an “Honorary Dinner Membership.” Oh, and the two guys are major developers with business before the Commission regularly. The Commissioner regularly votes their way, surprise!

The same principle for the golf club, just not as extreme. I think the Ethics investigators ought to have looked into it, but they didn’t.  After all, they had no interest in considering the damning admissions in the Monroe County closed sessions with their Attorneys when ruling “insufficient evidence” about SUFA. I have to understand they exist to protect our public officials, not hold them accountable.

Now back to the concluding news report. I will finally get a chance to directly address the Commissioners themselves, not their employees, this month. I get to file a “response” to the stipulation, and attend the public hearing where the Commissioners formally accept the current agreement between the Advocate and George. Ah, the response will be at great length, including the information about the Commission’s ridiculous record on misuse of position complaints.

And I’ll spend another $1,000 going to Tallahassee for the pleasure of attending the proceedings. Bizarrely, they do not let the Complainant speak during the probable cause hearing, which I attended in July. They probably won’t let me speak at this one either. And I doubt George will attend this one, and again have to meekly avoid my eyes.

But I will figure out a way to have my voice be heard.  While in town, I’ll also spend another couple of hours going through a different year’s misuse of public position complaints.  Maybe in, say, 2012 some actually were upheld.

Concluding opinion: I doubt it.

4 thoughts on “Neugent Punished by Ethics Commission … but Not Enough”