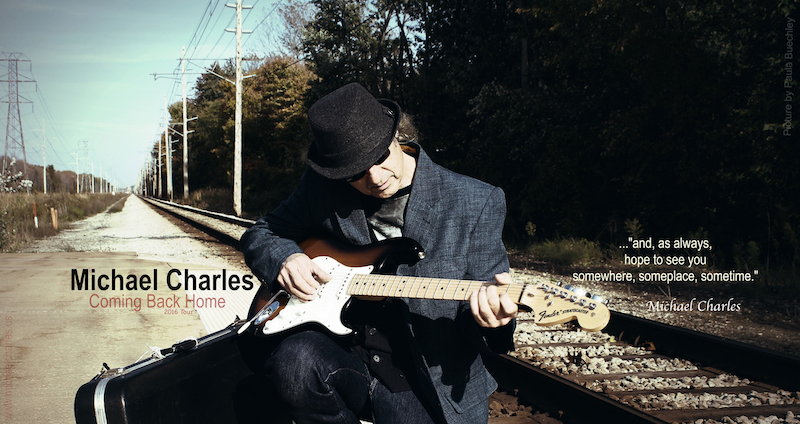 On June 17th – June 29th eight times Grammy elected and recent Blues Hall of Fame inductee, Australian blues artist Michael Charles will claim the stage at Chicagos and embrace you with an elevated level of energy and a guitar driven journey through thirty one years and thirty two releases of his original music.

Leading off with an explosive blues number, the audience is soon captivated by well-rehearsed precision experiencing MC’s original blues, blues based rock, inspiring ballads, as well as some well-known covers.   As in all of Michael Charles’ performances and recordings his guitar is kept forefront.

Through the next twenty years, and now a eight times Grammy elected artist, Michael Charles enjoyed being featured in numerous television and radio broadcasts and several music magazines, along with gracing countless stages and pages including Chicago Blues Fest, Philadelphia Jazz and Blues Fest,  Windy City Live Television, WGN TV, JBTV, The Chicago Tribune, The Chicago Sun Times, and The College Music  Journal.  In October of 2015 Michael Charles received the extreme honor of an induction into the Blues Hall of Fame. Michael has received endorsements from Vertex and LR Baggs and in Canada from Godin / Seagull Guitars.  Michael Charles’ discography is comprised of thirty-two releases including a double CD thirty year anthology released in 2014 and the live CD “Concert at the Nest”, released in the winter of 2015.

Michael Charles embarks on his ninth consecutive tour in 2016, the Coming Back Home Tour, which will once again take him to the far corners of the USA, Canada, and Australia. The 2016 Tour promises a multitude of concerts and publicity appearances as MC performs a whole new list of cities, festivals, and nightspots and revisits some favorite venues from the last eight annual tours.

As always and with all Michael Charles’s performances and recordings, his guitar is kept forefront and is the driving force behind his music!

“…With Michael’s raw, yet controlled guitar performances, his instrument is always kept forefront and the focal point of his shows as he gives out every ounce of energy deserved…”. Corporate News – Jazz & Beyond

“…If your idea of a live show is perhaps Slipknot moshing all over a concert stage, or even Van Halen or KISS running amok in an auditorium, then you’d be shocked to be at a show like this. There was scarcely room on this stage to contain all six musicians, let alone comfortably. But this isn’t about theatrics or acrobatics. This is the blues. And the blues was alive and very well last night in Chicago. The set lasted only approximately 45 minutes, but was packed with enough blues power and punch to leave the fans in this venue wanting more, more, more., ”….   Brat Prince Lestat (a.k.a. Derek Los) DJ host of The Leathur Lair Radio Show

“….And just as the world has finally come to appreciate the genius of Buddy Guy after all these years, the world is at last coming to realize the hidden treasure that is Michael Charles, a treasure that all will know within the next few years.” ……   Tom Kerth, editor Maine South

“….Listening and watching his guitar work is mesmerizing; he plays original licks I’ve never heard; he definitely makes all his work his own…he has a style that can’t be explained” …. Jack Mulder concert and festival organizer Blues Buddies 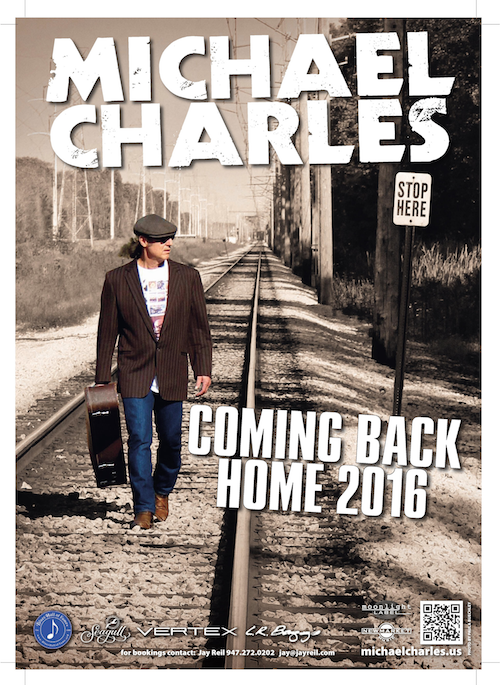