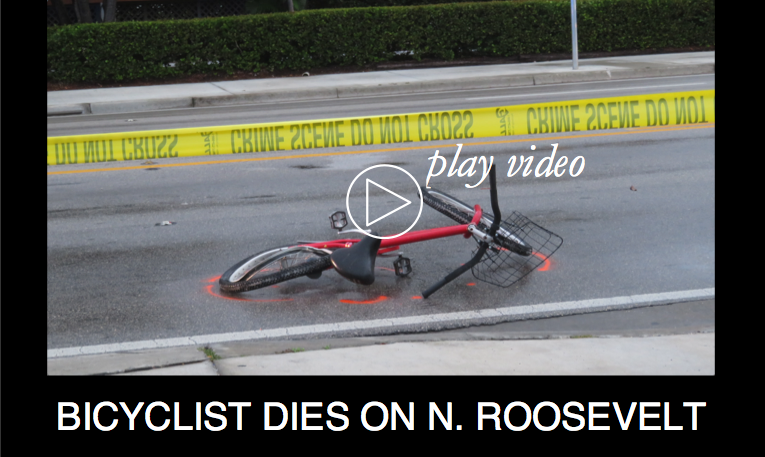 The victim of this morning’s [October 9, 2018] fatal crash has been identified as Ragnar V. Hammerberg, 73, of Key West. Hammerberg was pronounced dead at 6:52 a.m. Both the bicycle and a red Ford Ranger, driven by Kirk Meznarich of Summerland Key, were headed eastbound on North Roosevelt Blvd. The crash occurred in front of Mattress Firm on North Roosevelt Boulevard.

The outbound lanes of No. Roosevelt remain closed while the investigation continues. Motorist are urged to use an alternate route.

More details will be released as they come available.