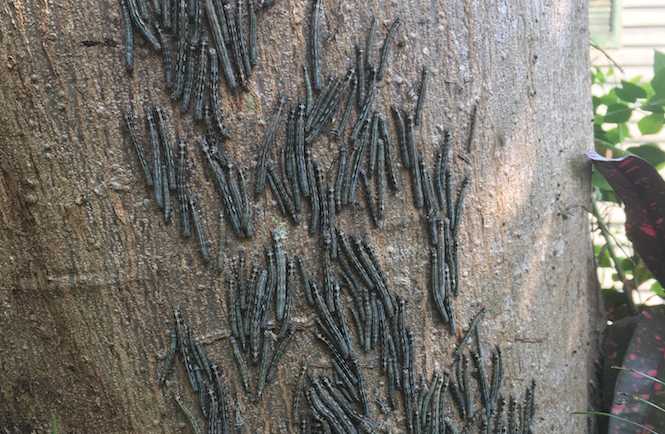 [Note: Some of Key West’s Royal Poinciana trees are experiencing a caterpillar infestation.  Here is some important information put together by Michelle Leonard-Mularz, an Environmental Horticulture Agent for the University of Florida, IFAS Extension] 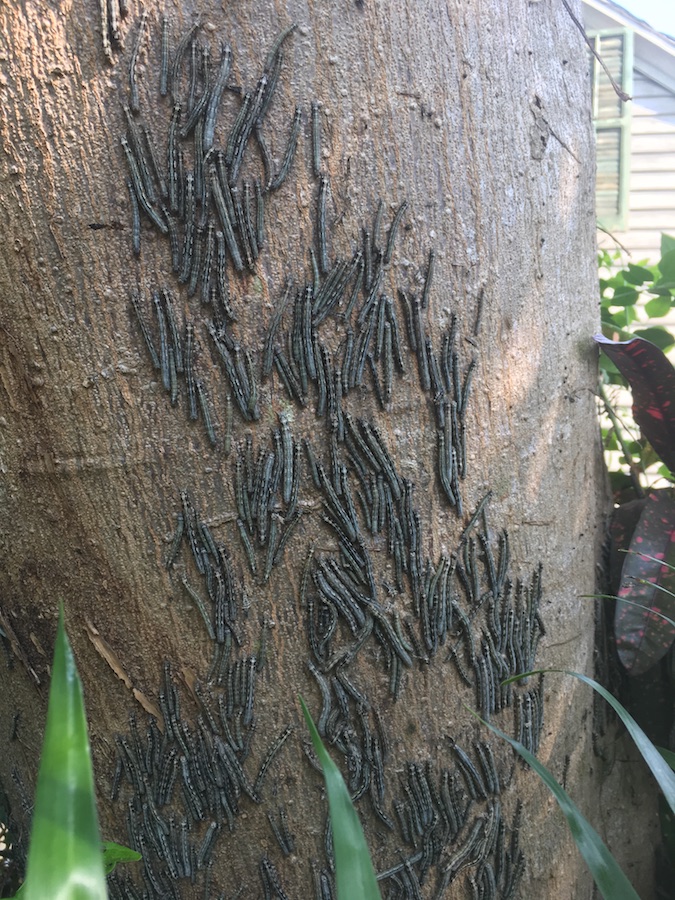 Almost as if a starting bell rang, hundreds of Royal Poinciana caterpillars can be seen ascending Royal Poinciana trees just after sunset. Then, nearly in harmony with daylight cresting over the horizon, their decent begins and the caterpillars go back into hiding. This is the interesting behavior of the Royal Poinciana Caterpillar (Melipotis acantoides) and seems to be an effort to avoid light.

History
Severe defoliations were first reported in St. Petersburg and in Key West in 1942. July of 1943, alarming rates of defoliation were reported by Stephen C. Singleton, Manager of the Key West Chamber of Commerce. Mr. Singleton also noted the defoliated trees did not put out any new growth until June of the following year and some of the trees died. In 1945 Mr. Singleton noted caterpillars were active in April and October. There were additional reports of two trees severely defoliated in Homestead in 1995. More recently, there was an outbreak in Naples in 2006 when four, 30 to 40-ft tall Royal Poincianas were 50% defoliated by October. All of the current infestations being reported in Monroe County are coming from Key West, with an isolated occurrence in Islamorada. 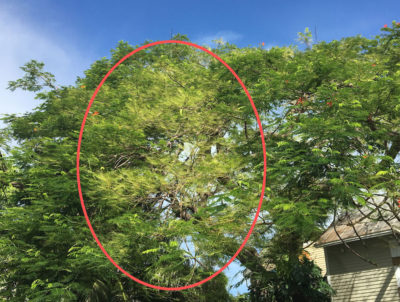 Caterpillars are roughly 1 5/8 inches long with highly variable markings, mottled, lateral black-brown longitudinal stripes. This is one of the few cutworm species that will climb tall trees; most other cutworms attack vegetable crops or herbaceous plants. The caterpillar is a nocturnal feeder, climbing the trunk of the tree shortly after sunset to feed on the canopy and descending the trunk during the day and will hide in the grass or mulch at the soil surface near the base of the tree. The caterpillars will also hide in cracked or opening seed pods. This pest is unique in that there appears to be 10-15 years or so between major outbreaks.

Damage and Control
Due to the lacy foliage of the tree, early infestation in the canopy will not be noticed, what will be noticed is massive amounts of droppings on decks or sidewalks, or them ascending or descending the trunk. So this provides an excellent opportunity for control because there is no need to spray the canopy of the tree which would be extremely costly and harmful to other insects. 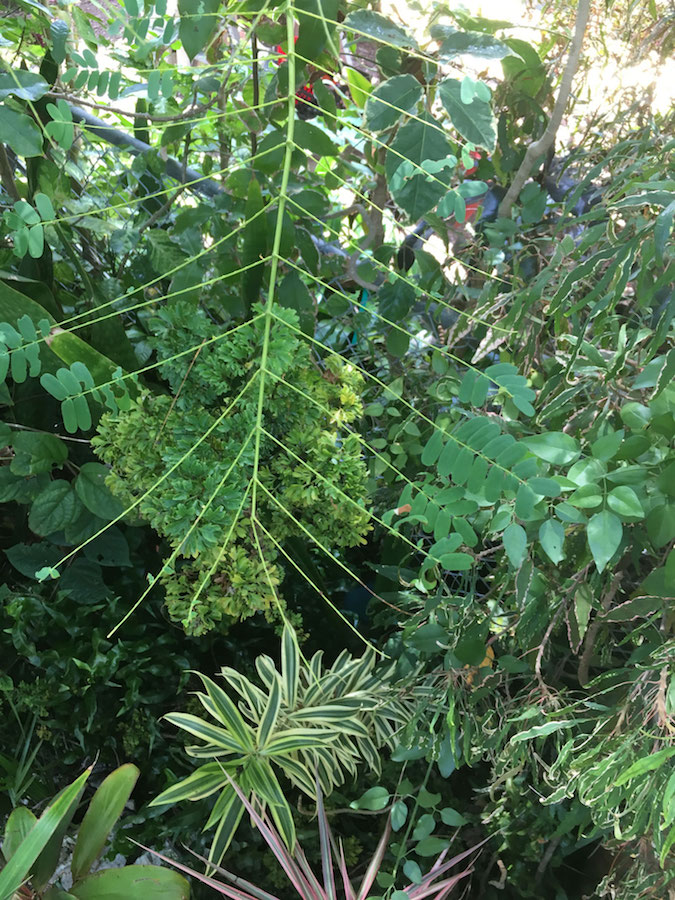 A contact insecticide sprayed at the base of the trunk to about 3’ up will provide effective control. Bt products (Bacillus thuringiensis) are highly effective against caterpillars, but since it is a stomach toxin and would need to be ingested, other products might offer better control. However, a couple residents have reported successful results from treatment. Bifenthrin products or Carbaryl (Sevin) would be effective. It’s very important to read the label! Whatever is used has to be labeled for the site you are using it on. As a homeowner, any products applied would have to be labeled for use in residential landscapes, you couldn’t use something that is registered for commercial nurseries just because it might have the same active ingredient…that is a violation of the label and federal law. 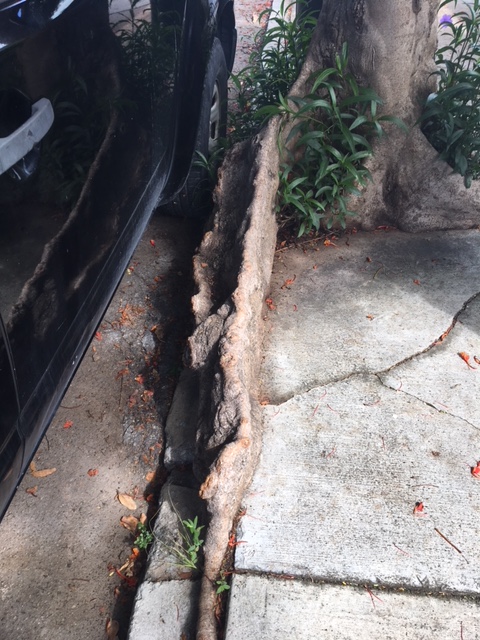 Since the caterpillars like to hide from light during the day, another effective method of control would be applying a burlap cloth trap around the trunk. Caterpillars will hide in the cloth. It could then be removed and the cloth dunked into soapy water to remove the caterpillars and reapplied to the trunk.

Royal Poinciana (Delonix regia), is not native to North America. It is endemic to the dry deciduous forests of Madagascar, but has been introduced into tropical and subtropical regions all over the world. According to the University of Florida, IFAS Assessment of Non-Native Plants in Florida’s Natural Area it is to be planted with caution in Southern Florida due to its ability to escape cultivation. Due to their large size and sprawling roots, they are better suited to larger landscapes since the tree can reach heights of 40’ with a canopy width of 40-60’.