(This essay is the companion to “Animal Rights and ‘60 Minutes’” where I took issue with CBS’s extremely negative attitude towards the civil disobedience of animal rights activists. (They were disrupting research on cranial bullet wounds using cats). Both were written in the early 90’s. More than 20 years later, with the eruption into our consciousness of the death of a famous lion in Zimbabwe at the hands of an American trophy hunter, its relevance regains its vigor.)

Dean Koontz writes novels. He writes lots of novels. He sells lots of novels, like millions of them. This is because he really knows how to tell a story. Some of his books fall into the “can’t put it down” category. He’s a real pro.

I recently read one of his books and found it hard to put down. It is entitled “The Watchers” and there is not too bad a chance you might have read it too. The central figure in the novel is a beautiful golden retriever towards whom the reader feels an enormous sympathy. The driving force of the story is the imminent danger to the dog’s survival and the anxiety caused by such. Due to Mr. Koontz’s skills, the dog’s death could be a very moving experience. His love of dogs is obvious.

There is one passage in the book which made me feel somewhat ambivalent towards Mr. Koontz, just as the “60 Minutes” segment discussed in the previous essay did for my feelings towards that show. It is spoken by one of the book’s most heroic figures, a veterinarian who treats the dog. Philosophical outbursts such as I am about to quote can only be seen as the author’s view when coming from such a positive character in the book. I quote:

“The people who invade laboratories and rob animals, ruining years of important investigations … they make me nauseous. It’s good and just to love life, to love it deeply, even in its most humble forms. But these people don’t love life, they venerate it, which is an ignorant, pagan, perhaps even savage attitude.”

When I first read these thoughts, I stopped and took note. I examined it, rolled it around in my head, tried to understand. There is always a certain amount of insecurity when one finds oneself at odds with someone as talented and intelligent as Mr. Koontz. Eventually I had to shrug and move on, not having been convinced of the statement’s wisdom. I simply could not see why the “veneration” of life was such a “pagan” or “savage” thing.

Having read some other works of Dean Koontz, I know he is a rather conventional thinker when it comes to his country (the U.S.) and its posture in the world, one who placidly accepts the mainstream’s concept of good guys and bad guys, friend and foe, without much angst. Does Mr. Koontz consider the bombings of Panama and Iraq as less savage or pagan acts than the destruction of a laboratory where they put bullets in cats’ heads? Do such military massacres not bring on any fits of moral nausea?

My quarrel with the vet’s statement in the book “The Watchers” is not much different from what I said with regard to “bullet hole” research. It must be emphasized that my objections to such research does not rest primarily upon my feelings for the abused animals — though such feelings do exist — but rather on the belief that we human beings, possessed of such benevolent attitudes, would greatly profit from such. It would suppose an atmosphere far less encumbered with violence, aggression, stress and neurosis, all negative aspects for one’s health. It might even lead to a decrease in the habitat destruction which could be compromising the Earth’s ecosystem. We are just beginning to understand the deleterious effects this might be having on our health. Indeed, the premise of buying and selling in ever more voluminous quantities, with its unhealthy demands for production and energy, would have to be called into doubt. I dare say! Such new, benevolent attitudes towards all living things might even be seen as the embryonic beginnings of that elusive next “step up from the caves”, and further removed from the “savagery” and “paganism” alluded to in the book “The Watchers”. It could mean a more stimulating realization for our species … an Aquarian Age!

OK, I got carried away. But I will stubbornly contend that far less lives would be lost to cancer with an animal rights attitude in place, than will be saved by research being done in labs. Of all the philosophical trends witnessed in my lifetime, the animal rights idea is perhaps the most under valued, under-rated of them all. It is a very hopeful sign. We’ve had it wrong for quite some time now; it’s not what’s good for General Motors that’s good for us, but rather, what’s good for the animals.

“In so many, many years, no one has ever understood me”. From the novel, “La Isla de Robinson” (Robinson’s Island), by the Venezuelan, Arturo Uslar Pietri.

“We men have created a society so rare, so primitive, that money, which should only be a means to maintain oneself, has become an end in itself … we have lost our health so we can invent the cure. It’s a monstrosity.” From the novel, “El Rapto de las Sabinas” (The Kidnap of the Sabine Women), by the Spaniard, F. Garcia Pavon.

“When I came to Africa forty years ago, Africa was theirs and nobody dared to dispute it. It took the herds hours to pass, and the zebras numbered in the millions, and the greenest plain you’d ever seen was spotted everywhere with the brown of impalas. In Africa, the world was at peace with itself and the Creator looked down every morning to contemplate His work and to forgive Himself for the creation of human beings. Look what’s happened now; in just one generation Africa has gone from a splendid virgin to a worn out, shameless whore that has sold its animals. There is no greater crime … not the wars, the deaths, the atomic bombs, not even the extermination of the Jews can compare to it. No! Humanity has never committed such a wicked act as the rape of Africa. After this, there is no hope for us. Nobody can stop us now, until we’ve drowned ourselves in our own shit.” From the autobiography of the extraordinary Spanish writer-journalist, Alberto Vazquez-Figueroa, entitled “Anaconda.” 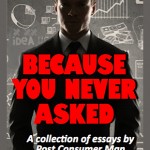 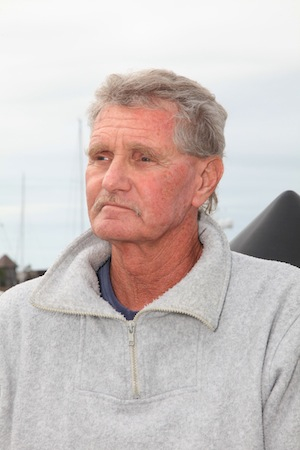